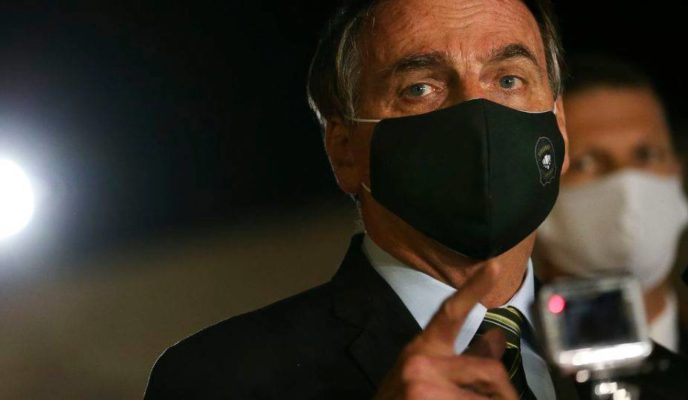 Brazilian president Jair Bolsonaro has publicly denied any attempt of food price control, amidst recent rumors of inflation and price hikes. Meanwhile, Bolsonaro has rejected a recent bill approved by the country’s Congress, which increased penal sanctions on people accused of mistreating or abusing pets such as dogs or cats. A stream of fires has devastated over 10 thousand square kilometers in the US state of California, mobilizing over 14 thousand firemen to deal with the problem. The governments of China and India have been increasing tensions around the territory over which they have a long-standing border dispute, and the Chinese government seems to have taken a step towards escalating the conflict in the recent days. Finally, the long-awaited peace deals between Islamic militant group Taliban, considered to be a terrorist group by most of the Western countries, and the government of Afghanistan, is scheduled to begin this Saturday, during a ceremony in Qatar with US Secretary of State Mike Pompeo.

During an interview held on Wednesday at the Alvorada Palace with his supporters, Brazilian president Jair Bolsonaro stressed that he would not interfere in the market in order to regulate food prices. The statement was made hours after the Ministry of Justice notified several companies and cooperative associations involved with the production, distribution, and selling of basic products in order to question their recent hike in prices, with one supermarket union leader suggesting consumers should switch their daily rice, a classic Brazilian staple, for pasta. Bolsonaro quickly stepped forward and claimed he would not interfere, and added that only supply and demand should dictate the market.

Brazilian president Jair Bolsonaro has said he will post some sort of Facebook inquiry in order to decide whether he should approve or not the new bill recently approved by the country’s Congress, which increased penal sanctions imposed on people charged with mistreating or abusing dogs and cats. According to the text approved by Brazilian legislators, the sentence imposed on those charged with these felonies would be liable to a five-year jail conviction. According to the president’s statement, made during a live broadcast held on the internet on Thursday, “the punishment is excessive, it is too big, one has to sanction it, one has to veto it. This is not an easy decision.”

Over 2.5 million acres – around 10 thousand square kilometers – of local forest have been devastated by fires in the American state of California. During these last weeks which marked the end of the dry summer in the region, 14 thousand firemen have been dispatched to fight 28 major fires throughout the state, as thousands of people have been forced out of their homes. Since the beginning of the year, 11 people have died and over 3.7 thousand houses and buildings have been destroyed due to widespread fires. Governor Gavin Newsom has declared a state of emergency in five counties: Fresno, Madera, Mariposa, San Bernardino, and San Diego; high temperatures have reached a record high of 49.4 Celsius in Los Angeles county, and the smoke caused by the fires left an orange skyline in many cities.

The government of China seems to be preparing itself for a full-on confrontation with India, since the recent increase in tensions on the border between both countries in the western part of the Himalaya region in May. Despite talks being held at the highest diplomatic level, nothing seems to indicate that both parts are reaching some sort of agreement. This week, Chinese TV channel CCTV informed that a military brigade has been dispatched from Tibet, along with an Army aviation brigade, to hold a joint training stunt in “an unknown area located 4 thousand meters above sea level.” Over 1,000 soldiers were deployed, in an attempt to establish a “good base” for armed parachutists dropped in high altitude areas. Several international analysts have considered this an obvious provocation to China’s neighboring superpower, India, and have expressed their concern regarding any possible responses.

Peace deals between Taliban and Afghan government to begin this Saturday

The Islamic fundamentalist movement Taliban announced on Thursday the beginning of peace negotiations with the government of Afghanistan, to be held this Saturday in Qatar. Their spokesman, Muhammad Naeem, said in a statement that the group “would like to declare its readiness to partake in the inauguration ceremony of Intra-Afghan negotiations.” United States Secretary of State Mike Pompeo praised the beginning of negotiations, adding that they “marked a historic opportunity for Afghanistan to bring an end to four decades of war and bloodshed.” According to the Afghan government, the official delegation scheduled to travel to Doha on Friday will include several women, while Taliban representatives have said that 21 of their members will attend the meeting, to be mediated by members of Qatar’s Foreign Relations ministry.