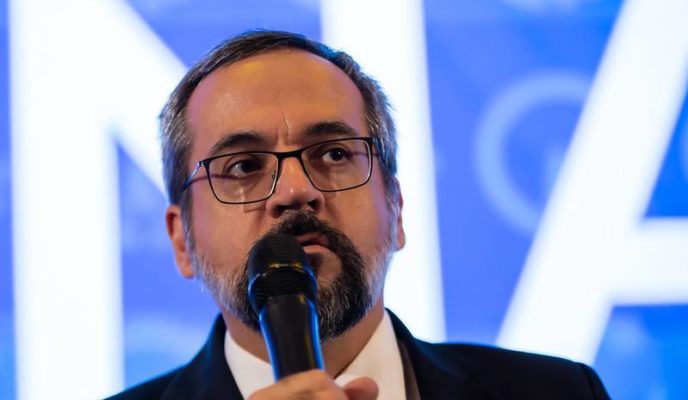 The Brazilian Ministry of Education has officially announced that the 2020 edition of ENEM, the country’s official university entrance exam, will be postponed due to the novel coronavirus pandemic. A public consultation with enrolled students will be held to determine the best possible date. As the pandemic advances globally, the number of COVID-19 cases all over the world has surpassed the five-million mark, according to a survey compiled by Johns Hopkins University. A global trial which aims at settling once and for all whether chloroquine and hydroxychloroquine may be used as a preventive against the disease will begin today in the United Kingdom. Bolivia’s Health minister, Marcelo Navajas, has been arrested on corruption charges by the local police after the media reported the government paid grossly inflated prices for ventilators destined to treat patients infected with the novel coronavirus. Finally, cyclone Amphan has made landfall in the shores of east India and Bangladesh, killing over 80 people and leaving thousands homeless.

The Brazilian Ministry of Education has announced the postponement of the National High School Exam, ENEM, the main entrance exam for the country’s universities. On Wednesday afternoon, INEP, the organ within the ministry responsible for organizing the exam, issued a statement saying that “in view of society’s demands, INEP and the Ministry of Education have decided to postpone the administration of the exams, both in their printed and digital versions.” The ENEM tests were scheduled to be held in November. Education minister Abraham Weintraub informed that a public consultation will be held with all those enrolled in the 2020 ENEM, in order to define the best possible date for the exams.

More than five million people have been infected with the novel coronavirus throughout the world, according to a survey compiled by US university Johns Hopkins. The 5-million mark was reached after the World Health Organization reported on Wednesday the highest number of COVID-19 cases in a single day since the beginning of the pandemic. The United States, the country in the world where most people are being tested for the virus, still has the highest number of confirmed COVID-19 cases, with 1.5 million people diagnosed with the disease, followed by Russia, with 317 thousand, and Brazil, with 300 thousand. The disease has officially caused the death of 328,471 people worldwide, and 1.89 million have successfully recovered from it.

Global hydroxychloroquine trial to prevent COVID-19 begins in the UK

British researchers have begun the biggest international ongoing study about the effectiveness of using chloroquine and hydroxychloroquine in the prevention of COVID-19. Starting today, nurses and doctors in Oxford and Brighton who are working directly with infected patients may take part in the trial, which intends to recruit over 40 thousand volunteers in Europe, Asia, and Africa. The study wants to determine whether these substances effectively offer any protection against COVID-19, and if they have any prophylactic action against the novel coronavirus, unlike other previous studies. The medications, currently used in the treatment of other diseases, such as malaria and lupus, gained headlines after US president Donald Trump claimed he had been taking it for some days as a preventive.

Today, the Bolivian police arrested the country’s Ministry of Health, Marcelo Navajas, after investigation into claims that the government was paying grossly inflated prices for ventilators to treat patients infected with the novel coronavirus. Bolivia’s president, Jeanine Áñez, had ordered the investigation on the previous day, after the media denounced the case, saying she would make sure “every cent that has been stolen will be returned.” According to newspaper Página Siete, the government paid US$ 4.7 million for 170 ventilators from a Spanish company, in a contract worth US$ 1.2 million. Navajas had only been in office for six weeks, and his lawyer, Rosario Canedo, confirmed his arrest, describing it as “an infamy”.

Over 80 people were killed, and thousands were left homeless in east India and Bangladesh after the worst storm in two decades hit the region. Cyclone Amphan made landfall on Wednesday, and after devastating coastal areas with ferocious wind and rain it began to weaken as it moved north into Bhutan. In the Indian state of West Bengal, 74 people died, 15 of them in the historic metropolis of Kolkata, where streets were flooded and its 14 million people were left with no power. In Bangladesh, 10 deaths were reported, and tens of thousands of homes were damaged or destroyed, as several villages in low-lying areas were completely submerged. In both countries, over three million people have been evacuated from risk zones.