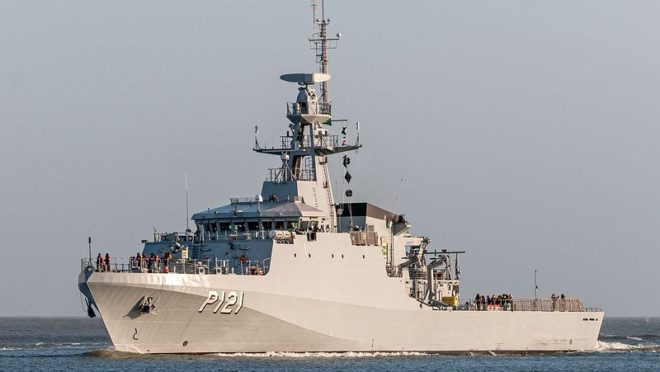 A Brazilian Navy ship will be deployed to take oxygen to the northern Brazilian city of Manaus, capital of the state of Amazonas, which has been affected by a shortage in its hospitals. Meanwhile, a local state court has ordered the immediate vaccination of all elderly people, following the approval and import of the Oxford/AstraZeneca vaccine. Brazil is occupying the last position in a list compiled by the Lowy Institute which assesses the way each country responded to the novel coronavirus pandemic. 900 Holocaust survivors have already died of COVID-19 in Israel, according to that country’s Central Bureau of Statistics, despite the extremely successful vaccination campaign it has already managed to implement. Finally, the German government has issued a recommendation for people over the age of 65 not to be given the Oxford/AstraZeneca vaccine, claiming that not enough tests were made with the immunizer among people of that age group.

This Tuesday, Brazilian Navy patrol ship Apa docked at the Vila do Conde port, in the state of Pará, carrying a 54-ton tank of liquid oxygen which will be transferred from the capital, Belém, to the neighboring Manaus, which is undergoing a humanitarian crisis after a severe shortage of oxygen in its hospitals. The emergency load is scheduled to arrive in the capital of Amazonas during the first week of February. The effort is part of the COVID-19 Operation, designed by the Brazilian Armed Forces to try to mitigate the consequences of the disease. The Apa left the port of Santos, in São Paulo, on January 19th, and was scheduled to make this stop on January 28th, but due to good meteorological conditions and the crew’s effort, its arrival was anticipated by two days.

Amazonas 1st Federal Court Jaiza Freixe has issued a ruling ordering the immediate vaccination of all elderly people in the state, after the presentation of the concrete plan for the immunization using the Oxford/AstraZeneca vaccine, imported by the Fiocruz Foundation. According to the judge, a virtual roster must be made, containing the data of all people scheduled to be vaccinated, in order to avoid the several previous cases of people jumping the queue which have been detected in the state. The judge’s ruling also determined that the 60 thousand doses allegedly donated by the state of São Paulo should be officially confirmed.

Brazil is occupying the last position of a list of 98 countries in a study assessing actions taken by public authorities in order to deal with the novel coronavirus pandemic. According to the Lowy Institute, a study center headquartered in Sydney, Australia, Brazil, Mexico, Colombia, Iran and the United States were the countries with the poorest performance in terms of government response to the COVID-19 pandemic, while New Zealand, Vietnam, Thailand and Taiwan were the countries which dealt with the issue in the most satisfactory way. The study was based on six criteria: number of confirmed cases, number of deaths, number of cases and deaths per million of inhabitants, number of diagnoses regarding the number of tests, and number of tests made per thousands of people.

Throughout last year, 900 people who survived the Holocaust during World War II died due to COVID-19 in Israel, informed that country’s Central Bureau of Statistics, according to a statement released on Tuesday, the day before the annual celebration of the International Holocaust Remembrance Day. According to Israeli authorities, around 5,300 survivors of the persecution of Jews and other groups during the war have been infected by the novel coronavirus since the beginning of the pandemic, and all of them are over 75 years old, and, therefore, more vulnerable to the disease. Israel has been conducting one of the most successful vaccination campaigns in the world.

German authorities issued a statement recommending that the COVID-19 vaccine developed by the University of Oxford and AstraZeneca should not be taken by people 65 years of age or over. An official release issued by the permanent vaccination committee of the Robert Koch Institute, Germany’s official disease control agency, claims that “it is not possible to make a statement for the effectiveness of the AstraZeneca vaccine in people over 65 years of age.” The recommendation came on the eve of a similar ruling made by the European Medicines Agency. A spokesman for the University of Oxford, however, said clinical trials showed similar immune responses both in younger and older adults.