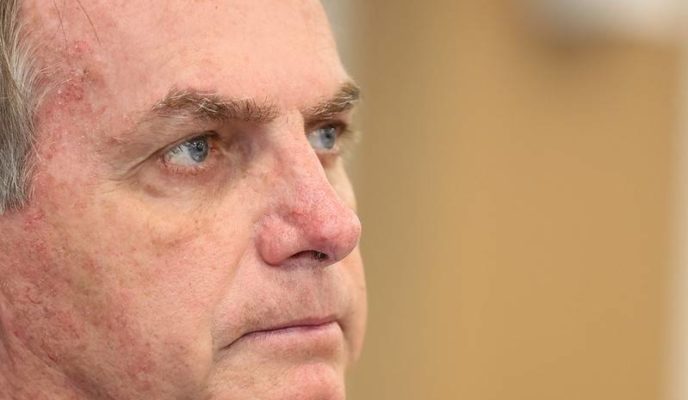 The Brazilian Press Association has decided to present an impeachment request of president Jair Bolsonaro to the speaker of Brazil’s Lower House of Congress, Rodrigo Maia, naming several impeachable offenses, amongst them high crimes and misdemeanors, and posing a threat to public health. Meanwhile, Maia has ruled out any chances of resuming face-to-face sessions in the Brazilian Congress, despite the government of Distrito Federal, where Brasília is located, having scheduled a loosening of social distancing rules after May 11th. A Brazilian federal court has upheld the previous sentence imposed on former president Luiz Inácio Lula da Silva, sentenced to over 17 years in jail after his conviction in a lawsuit concerning his ownership of an Atibaia rural estate. A study published in a UK scientific journal has determined that the novel coronavirus had been spreading throughout the world since late 2019 in the United States and Europe. Finally, Poland has decided to postpone its presidential elections, scheduled for May 10th, due to health concerns caused by the COVID-19 pandemic.

On Wednesday, the Brazilian Press Association (ABI) sent an impeachment request of president Jair Bolsonaro to the speaker of the Lower House of Congress, Rodrigo Maia. The text names several offenses, such as high crimes and misdemeanors, and threatening the public health during the fight against the novel coronavirus pandemic. Along with the Brazilian Bar Association, the ABI was responsible for ex-president Fernando Collor de Mello’s impeachment process, in 1992. In the complaint sent to Congress, the entity petitions the filing of a criminal lawsuit against Bolsonaro due to, among other acts, his presence at a public demonstration on April 19th which demanded a military intervention in the Brazilian Federal Supreme Court and the Brazilian Congress.

Maia rules out resumption of face-to-face activities in Congress

Yesterday, the speaker of the Brazilian Lower House of Congress, Rodrigo Maia, has ruled out any possibility of resuming face-to-face sessions in the House, regardless of the loosening of social distancing rules scheduled by the Distrito Federal government next Monday, May 11th. Currently, all sessions and votings involving members of Congress have been done via videoconferences, and only a single congressman per party is allowed to be present at the floor of the House, wearing a mask. Maia mentioned the inability to protect the health of the hundreds of people involved in the day-to-day operations, and the fact that most airlines have their routes interrupted, either partially or completely.

The 8th panel of the Federal Regional Court’s 4th Circuit has unanimously decided to uphold the conviction of former Brazilian president Luiz Inácio Lula da Silva, in the lawsuit involving his alleged ownership of an Atibaia country estate. The Workers’ Party politician has been sentenced to more than 17 years in jail by the same court, but his defense team appealed the decision through a motion for clarification, which was overruled yesterday. Lula’s attorneys may yet appeal, based on a motion for clarification of the previous motion for clarification.

Coronavirus spread quickly throughout the world in late 2019, says study

Recent scientific evidence has indicated that the novel coronavirus was already infecting people in the United States and Europe before any COVID-19 cases were detected in those places. Researchers of the University College London Genetics Institute made genetic analyses of samples of the virus collected from over 7,500 patients all over the world, and determined that it began infecting people between October 6th and December 11th, 2019. Researches also discovered 198 genetic mutations of the virus, which show that it is adapting itself and evolving in order to infect their new hosts. The results were published in the scientific journal Infection, Genetics and Evolution.

Poland has postponed its presidential elections, initially scheduled for next Sunday, May 10th. The decision was announced yesterday in a joint statement made by Jaroslaw Kaczynski, head of the ruling party, Law and Justice, and his ally, Jaroslaw Gowin. A new date will now be announced by the speaker of the country’s Lower House of Parliament, Elzbieta Witek. A deal was settled after Gowin, leader of a small party in the governing coalition, refused to back the initial date, amidst the social distancing rules implemented to contain the novel coronavirus pandemic. According to the joint statement, the decision “is a solution which will enable Poles the opportunity of taking part in democratic elections.”