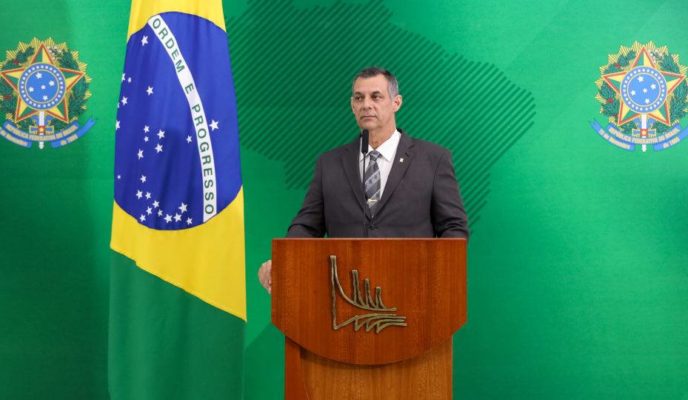 According to Brazil’s presidential spokesman, Otávio Rêgo Barros, president Jair Bolsonaro will not contact his U.S. counterpart, Donald Trump, before discussing the recent tariffs imposed on Brazilian steel and aluminum with the staff of his Ministry of Economy. According to Brazilian Foreign Relations minister Ernesto Araújo, Trump’s decision was influenced by the pre-election scenario in his country, and the need to defend his home market interests. A test applied by the Brazilian Electoral Superior Court on the country’s electronic voting machines has identified two security flaws, which will be addressed by federal authorities. The Brazilian Federal Police’s Operation Car Wash has confirmed that at least R$ 4 billion have been returned to the public coffers from people either convicted or who have signed cooperation deals with the federal authorities. Finally, after weeks-long protests which nearly brought the country to a halt, a survey made in Chile revealed that approval ratings of president Sebastián Piñera have reached an all-time low: 4.6 percent.

Brazilian steel and aluminum tariffs: Bolsonaro will not phone Trump

Brazilian presidential spokesman, general Otávio Rêgo Barros, has declared president Jair Bolsonaro will not make a phone call to his United States counterpart, Donald Trump, to address the issue of the recent tariffs on Brazilian and Argentinian steel and aluminum imports by the American government. Trump justified the measures with the claim that both countries were deliberately devaluing their currency in order to encourage exports. According to Rêgo Barros, without full disclosure of all data involved in the decision it would be “intempestive” and “untimely” to take any attitude before “consulting with the technicians at the Ministry of Economy.”

Brazil’s Foreign Relations minister Ernesto Araújo believes that U.S. president Donald Trump was influenced by his country’s pre-election scenario before making the decision to restore tariffs on all steel and aluminum imports from Brazil and Argentina. “There’s a pre-electoral scenario in the United States (…). The Trump administration has actively defended its market interests – as we have, each in our own way. Of course, there’s always a domestic situation. We want to understand and try to figure out this context,” he told Gazeta do Povo. Nestor Forster, Brazil’s chargé d’affaires in Washington D.C. and future ambassador, will meet U.S. authorities to discuss the matter.

A test applied by the Brazilian Electoral Superior Court with 22 investigators identified two flaws in the electronic voting machine system currently used in the country. The experiment was held to measure the conditions for the 2020 municipal elections, and, out of the 13 cyberattacks deployed, two were successful – both by members of the Federal Police. A new test on Brazil’s voting machines will be held after a taskforce is set up in order to address the problems identified during this latest experiment.

The Curitiba branch of the Brazilian Federal Police’s Operation Car Wash confirmed yesterday that the amount of money returned to the federal coffers has amounted to R$ 4.069 billion. The figure includes money recovered through state’s evidence deals and leniency agreements, as well as voluntary refunds from defendants or convicted felons. In 2019 alone, R$ 1.7 billion were returned. The money obtained from these investigations will be used in several infrastructure works, including federal highways, as well as Petrobras, the state-owned company ransacked by most of those investigated in the operation.

The approval rating of Chilean president Sebastián Piñera has dropped to 4.6 percent, the country’s all-time lowest recorded level, according to the monthly survey Pulso Ciudadano, published by Activa Research on Monday. According to the poll, which addressed the month of November, Piñera’s approval rating dropped by 4.5 percentage points compared to the previous month, when 9.1 percent of Chileans interviewed expressed their approval of the government. 78.1 percent of all people interviewed manifested their discontent with the current government. Chileans have been protesting since October 18th against social and economic inequalities, among other issues.