Fale a língua do mundo. Faça Wise Up.
Mon 07 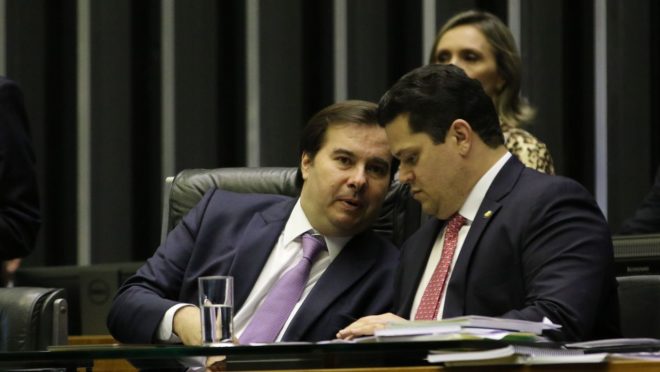 A narrow decision by the Brazilian Federal Supreme Court has barred the presidents of both Houses of Congress from running for reelection. Chinese state-run media have published articles claiming that traces of the novel coronavirus were found in frozen meat packages imported from Brazil and Uruguay, in an attempt to debunk the narrative which they unjustly claim pinpoints the city of Wuhan as the epicenter of the global COVID-19 pandemic. Former NYC mayor and US president Donald Trump’s personal and campaign lawyer, Rudy Giuliani, has been diagnosed with the novel coronavirus and was admitted into a Washington, D.C. hospital. Meanwhile, the government of Georgia has rejected Trump’s advances in order to try to overturn the election results in that state, which was won by president-elect Joe Biden. Finally, researchers from the Medical School of the University of São Paulo are searching for volunteers to test a vaccine against HIV, the virus responsible for causing AIDS.

The Brazilian Federal Supreme Court has barred current presidents of the country’s Senate and Lower House of Congress, Davi Alcolumbre and Rodrigo Maia, from the possibility of running for reelection in their respective legislative houses. During a voting session held remotely, which began on Friday and ended only on Sunday evening, a narrow majority of justices chose to uphold the text of the Brazilian Constitution, which, in its article 57, especially prohibits presidents of the legislative houses from running for reelection during the same legislature; in Alcolumbre’s case, by 6 votes against 5, and, in Maia’s, by 7 against 4.

The government of the People’s Republic of China, through the media outlets controlled by its Communist Party, such as the Global Times newspaper, is actively trying to change the narrative that the COVID-19 pandemic has originated in the Asian country. On Sunday, in what seems to be a coordinated effort, the newspaper used its Twitter account to claim that the Center for Disease Control and Prevention in Wuhan, the city which is considered to be the ground-zero of the global pandemic, had detected samples of the novel coronavirus in frozen meat packages imported from Brazil and Uruguay. The newspaper also claimed that the narrative that the epidemic began in Wuhan is an “accusation” of Western politicians, adding that “outlets have been ordered to stop selling the meat and the frozen products have been sealed off.”

Rudy Giuliani, former mayor of New York City and Donald Trump’s personal and campaign lawyer, is the latest member of the United States president’s inner circle to test positive for the novel coronavirus. Trump himself made the announcement on his Twitter account, claiming Giuliani was “feeling good”. On Sunday, the 76-year-old attorney’s health condition took a turn for the worse; Giuliani, who has been one of the American president’s most faithful and combative allies in the legal quarrel involving allegations of electoral fraud in some of the most decisive states in this year’s presidential election, was admitted to Georgetown University Hospital, raising concerns about the extent to which he may have spread the virus among public officials during his many recent maskless appearances throughout the country.

The governor of the US state of Georgia, Brian Kemp, will not convene a special meeting of the state’s General Assembly, thereby rejecting a request made by president Donald Trump, who has been conducting a fierce legal battle after losing the presidential election to former vice-president Joe Biden. Trump had asked Kemp, who is also a member of the Republican Party, during a phone call on Saturday, to call in a special session and pressure legislators to appoint pro-Trump voters who would overturn the Electoral College decision in his favor. Trump repeated his request at a rally held last night. Georgia lieutenant governor Geoff Duncan, himself also a Republican, claimed he was “disgusted” and said “the governor is not going to call us into a special session. We’re certainly not going to move the goal posts at this point in the election. We are going to continue to follow the letter of the law.”

Researchers in search of volunteers for HIV vaccine

Researchers from the Medical School of the University of São Paulo are looking for volunteers in Brazil to test a newly-developed vaccine against HIV, the virus responsible for causing AIDS. The study, which has been done for the last five years in cooperation with scientists from several countries, is called Mosaico, and seeks the discovery of an immunizing agent against the disease. The research has already passed all lab-based clinical trials, as well as stages 1 and 2 in humans, and volunteers are now needed for stage 3. The vaccine uses a viral vector strategy to instigate the body’s immune system to defend itself against the HIV virus.