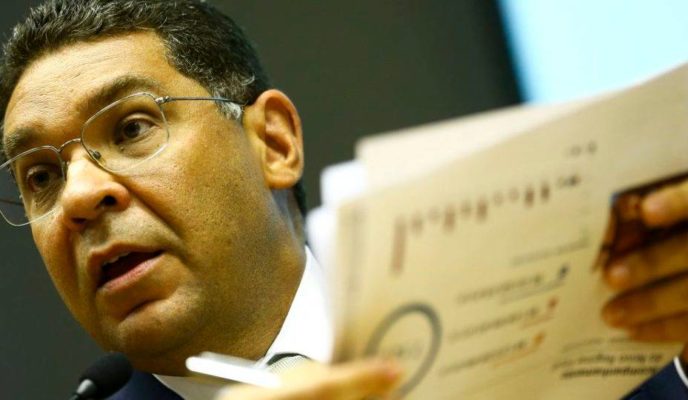 Brazilian National Treasury secretary, Mansueto Almeida, has decided to resign from government within the next few weeks. Almeida, who had occupied the position since April 2018, stated he wished to help in the transition process for his successor. Meanwhile, the country’s Education minister, Abraham Weintraub, has been fined R$ 2,000 for attending a pro-Bolsonaro protest without wearing a mask, thus violating local Distrito Federal rules, and is rumored to be relieved from his office, especially after president Jair Bolsonaro said he “was not prudent”. The Brazilian Ministry of Health has officially allowed openly homosexual men to donate their blood, putting an end to a long-standing discrimination. Authorities from the southern city of Porto Alegre, capital of Rio Grande do Sul, have issued a decree shutting down shopping malls and other commercial establishments, after registering a surge in the number of people infected by the novel coronavirus. Finally, on the same day the United States Food and Drug Administration issued an official revocation of its previous authorization for an emergency-use of chloroquine to treat COVID-19, Brazil decided to allow pregnant women and children to use the drug.

One of the main supporters of a fiscal adjustment in Brazil, National Treasury secretary Mansueto Almeida, will resign from the government within the next few weeks. Economy minister Paulo Guedes has already accepted his resignation, and stated he wishes to provide all help in the transition process until a permanent successor is chosen. The departure of Almeida, who had occupied the position since April 2018, and held a strong credibility with the financial market, is being described as the current government’s first major casualty in the economy front.

In an interview with Band News TV, Brazilian president Jair Bolsonaro has criticized Education minister Abraham Weintraub’s attendance at a demonstration with fellow government supporters on Sunday, at Brasília’s Esplanade of Ministries. According to Bolsonaro, Weintraub’s presence in the protest “was not prudent, even though he didn’t say anything wrong.” Weintraub avoided discussing recent decisions made by Brazil’s Federal Supreme Court, and mentioned a movement to shut down the “freedom of speech” of pro-Bolsonaro demonstrators. According to insiders, the president held a meeting yesterday to discuss with his close advisors and the minister a “non-traumatic” way of relieving him from his office. Weintraub was fined R$ 2,000 by the Distrito Federal government for not wearing a mask in public during the protest.

The Brazilian Ministry of Health has issued a guideline for all its Unified Health System state managers to accept blood donations from “men who had sexual relations with other men” within the last 12 months, a decision which will be applied in practice to gay, bisexual, transvestites and transsexual women. The restriction against the donation of blood by homosexuals was declared unconstitutional last month by the Federal Supreme Court, but blood centers all over the country were still rejecting their blood, even though the Brazilian Health Inspection Agency, ANVISA, issued an official statement on May 14th putting a “definite end” to the question.

On Monday, the city authorities of Porto Alegre, capital of the Brazilian state of Rio Grande do Sul, have issued a new decree restricting from Tuesday on all local commercial establishments which had been reopened. In an extraordinary edition of the Federal Gazette, mayor Nelson Marchezan Júnior decreed that shopping malls and other commercial centers in the city are to remain closed, and only stores providing essential services, such as drugstores, supermarkets, and Federal Police stations could open. These new restrictions were imposed after a surge in the number of people hospitalized with COVID-19 in the state’s intensive care unit beds; Porto Alegre witnessed a 75 percent surge from early June, when the city registered only 45 cases.

As FDA cautions against chloroquine, Brazil expands its use

On the same day the United States Food and Drug Administration revoked their previous authorization for the emergency use of chloroquine and hydroxychloroquine to treat COVID-19 patients, the Brazilian government decided to allow pregnant women and children to use the controversial medication. According to Mayra Pinheiro, Health Work and Education Management secretary for the country’s Ministry of Health, physicians will be allowed to use these drugs to treat the disease in its early stages: “Our position regarding pregnant women is justified by the fact that they are part of a risk group, (…) as well as children, who we previously regarded as being less prone to be affected [by the virus].” Meanwhile, the FDA issued a statement saying that “the suggested dosing regimens for chloroquine and hydroxychloroquine are unlikely to kill or inhibit the virus that causes COVID-19,” and their “known and potential benefits of chloroquine and hydroxychloroquine no longer outweigh (…) risks for the authorized use.”