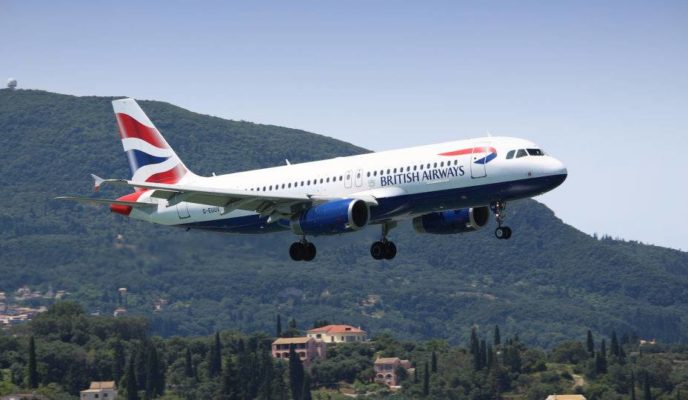 UK airline giant British Airways had almost all of its flights canceled today on account of a pilot strike organized by the country’s main professional labor union. Pilots have rejected the company’s offer, and flights may continue to be affected for another day. Brazilian president Jair Bolsonaro is successfully recovering from an abdominal surgery to correct a hernia, caused by post-operatory complications after he was stabbed during the 2018 presidential elections. The Communist regime in Cuba has arrested more than 40 people who planned on protesting against the local dictatorship, including one of the country’s main opposition leaders, José Daniel Ferrer. Brazilian Justice and Public Safety minister, Sergio Moro, will inaugurate this year an intelligence office in the border city of Foz do Iguaçu, inspired by a similar institution in the United States. The office will help in the fight against organized crime along Brazil’s borders. The fight against organized crime, this time inside Brazil’s prisons, has also been one of the main concerns of Moro’s right-hand man, general Guilherme Theophillo; the National Public Safety Secretary claims the ministry’s innovative program has already been responsible for dismantling the leadership of two of Brazil’s biggest criminal organizations.

British Airways cancels almost 100 percent of flights due to strike

For the first time in its history, British Airways is being affected by a pilot strike. The demand for better wages made pilots interrupt all flights on Monday, and is also threatening flights on Tuesday. The decision was made by the British Airline Pilots’ Association, which represents about 90 percent of the company’s pilots; the labor union rejected an offer of a three-year 11.5 percent salary increase, which they considered to be inadequate when compared to the company’s profits. The strike affected thousands of people and limited about 850 flights in and out of the United Kingdom. Another stoppage has been already scheduled for September 27th.

Brazilian president Jair Bolsonaro posted today on social media a video in which he was resting in his hospital bed, watching TV. A medical bulletin released today informed that Brazilian president Jair Bolsonaro is in stable condition, without any pain or fever, and presents a good clinical and surgical evolution. The document also stated that the president will begin physical therapy, starting with walks around the hospital corridors, and will begin a liquid diet based on water, tea, broths and gelatin. Visits are still restricted. Bolsonaro had to undergo a surgery on Sunday to correct an incisional hernia caused by post-operatory complications after the knife attack he suffered during the 2018 election campaigns.

The Cuban police arrested dozens of people who tried to take part in protests against the Communist regime on Sunday, including opposition leader José Daniel Ferrer. Sources interviewed by news website 14yMedio reported that the violent arrests were made at around 10 a.m., in from of the Patriotic Union of Cuba, an organization which had called the protests, in the city of Santiago de Cuba. According to a local inhabitant, the protests “did not last even one minute on the streets”. Pro-Castro security forces stormed the building and led away more than 40 people. Some of them have already reappeared, injured, but several are still missing.

Moro will open border intelligence office inspired by the US

The Ministry of Justice and Public Safety wants to inaugurate this year the first integrated intelligence office in the border city of Foz do Iguaçu. Inspired by a model developed in the United States, it will be run by the ministry’s Integrated Operations Bureau, and will be funded by the National Development Bank. Called Fusion Center, just like its US counterpart, it will be located in a 600-square-meter area at the Itaipu Technological Park, and 16 different institutions, such as the Federal Police and the National Intelligence Agency, will be taking part in the project. The aim is to strengthen the fight against organized crime, especially along Brazil’s borders.

General Guilherme Theophillo, Brazil’s National Public Safety Secretary, defends intelligence investments in order to fight organized crime in the country. His department is responsible for running Justice minister Sergio Moro’s main hope in the fight against violence: the program called “Em Frente Brasil” (“Onward, Brazil”). “We are not reacting, we are being pro-active,” said Theophillo, when commenting on the program, which is being initially implemented in five cities. According to the general, in the first months the leadership of Brazil’s two main criminal organizations, PCC and Comando Vermelho, have already been dismantled by actions taken in state and federal penitentiaries.