Fale a língua do mundo. Faça Wise Up.
Mon 31 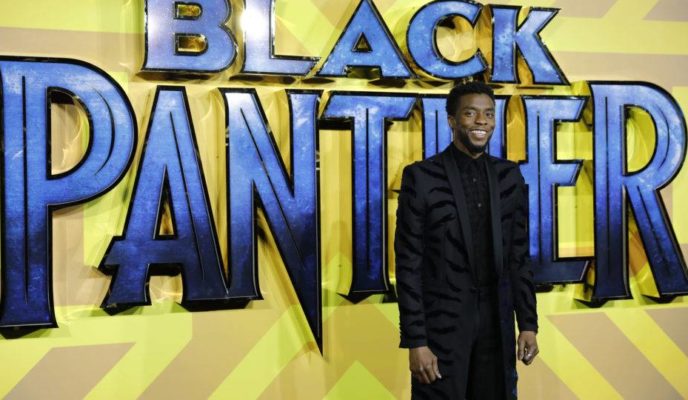 US actor Chadwick Boseman, famous worldwide for playing the title role in Marvel’s “Black Panther” and in several of the “Avengers” movies, has died at the age of 43. The Brazilian state of Bahia registered two earthquakes in less than 24 hours, the third and fourth in the region in little over one month. One of the most iconic representatives of Brazil’s indigenous peoples, famous for his campaigning for the preservation of the Amazon, chief Raoni, has been hospitalized with symptoms of pneumonia and tested positive for the novel coronavirus; he is currently feeling well and breathing normally. India has set a new record for the number of people infected with COVID-19 in a single day; more than 78 thousand people were diagnosed with the virus, as the country is beginning to take measures to relax the restrictions imposed at the beginning of the pandemic. Finally, after the first historic commercial flight of an Israeli plane to the United Arab Emirates, prime minister Benjamin Netanyahu has announced that he is secretly negotiating similar agreements with other Arab and Muslim leaders.

United States actor Chadwick Boseman, called “one of his generation’s most sought-after leading men” by The New York Times, died on Friday at his Los Angeles home at the age of 43. He had been fighting a colon cancer for the past four years, but he hid the diagnosis from the media and kept on working “during and between countless surgeries and chemotherapy,” according to a statement issued by his publicist. Famous for playing real-life people such as singer James Brown, Supreme Court justice Thurgood Marshall, and baseball player Jackie Robinson in biopics, Boseman rose to worldwide stardom after playing the lead character in Marvel’s “Black Panther”, a role he played in the “Avengers” movies. His death shocked and sparked an outpour of emotional reactions from fans and fellow actors on social media.

Two earthquakes registered in Bahia in less than 24 hours

The Brazilian state of Bahia has registered two earthquakes in less than 24 hours, according to the Civil Defense agency in the capital, Salvador. There were no recorded casualties or injuries. Early on Sunday morning, a 4.6 magnitude earthquake rocked the town of Mutuípe, 110 kilometers from Salvador, according to the Seismology Laboratory of the Federal University of Rio Grande do Norte; it was felt in at least 13 other cities in the Recôncavo Baiano region. Later in the day, a lighter tremor was registered in the city of Amargosa, reaching 2.7 on the Richter scale. The state has already registered four earthquakes in little over a month; on August 19th and July 29th, similar tremors were felt in other cities.

Brazilian indigenous chief Raoni Metuktire, who became famous throughout the world for his fight for the preservation of the Amazon forest, has been hospitalized with symptoms of pneumonia and subsequently tested positive for the novel coronavirus. According to a public statement issued by the Institute named after him, the 90-year-old Kayapó ethnic leader does not have a fever and is breathing normally, without the aid of oxygen. A month ago, Raoni was hospitalized in his native state of Mato Grosso, and began to show signs of severe depression after losing his wife, Bekwyjkà Metuktire. About 30 thousand indigenous people have already contracted COVID-19 in Brazil since the beginning of the pandemic, and more than 700 have died.

On Sunday, India registered 78,761 new cases of novel coronavirus infections, setting a worldwide record for the highest number of COVID-19 cases registered within a single day. As the Indian government began to relax restriction measures throughout the country, reopening subway networks and authorizing sporting and religious events, the Ministry of Health registered 948 deaths, raising the total number of casualties to 63,498. After registering over 75 thousand new cases for four straight days, the number of people infected by the virus in the Asian nation is now above the 3.5 million mark, making it the third country in the world with the highest number of COVID-19 cases, after the United States and Brazil, and the fourth in number of deaths.

Israeli prime minister Benjamin Netanyahu revealed on Sunday that he has been secretly maintaining negotiations with leaders of Arab and Muslim countries seeking the normalization of their relations. The information was disclosed at the official inauguration of the first direct commercial flight between Israel and the United Arab Emirates, a landmark in Arab-Israeli relations and a major step forward towards peace in the region. For the first time, a plane of an Israeli company departed from Tel-Aviv towards Abu Dhabi, and was allowed by Saudi Arabia’s government to fly over their airspace, a historic moment proudly announced by the pilot, Tal Becker, as they crossed into Saudi territory. The three-hour flight, on a Boeing 737 with the word “peace” written in Hebrew, Arabic, and English on its front and equipped with a special missile defense system, carried several important passengers, among them Jared Kushner, senior White House advisor and US president Donald Trump’s son-in-law.