Fale a língua do mundo. Faça Wise Up.
Wed 26 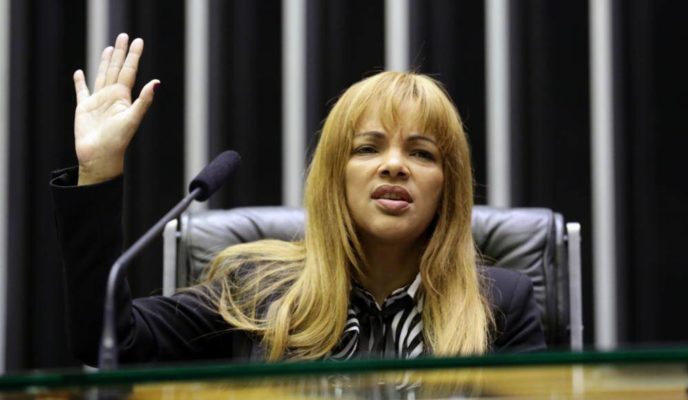 Flordelis, a Rio de Janeiro federal congresswoman accused of murdering her husband, has been ordered to surrender her passport; despite not being arrested, due to her parliamentary immunity, her party has officially suspended her. On the second night of the Republican national convention, the party tried to counter the depiction made by their rivals, the Democrats, of United States president Donald Trump as a divisive and wicked person; first lady Melania Trump closed out the night with a message of solidarity to family members of COVID-19 victims. Despite the severe economic crisis caused by the novel coronavirus pandemic, Brazil has managed to generate more jobs during July than the previous months, a positive indication according to the federal government. Brazilian meat processing company JBS has surpassed oil giant Petrobras and became the biggest company in the country, after benefitting from exports and the high value of the dollar exchange rate. Finally, the Chinese army fired two missiles as a “warning” to the United States, after an American spy plane flew over an area of the South China Sea considered as an exclusion zone by the Asian country.

Charged with murder, congresswoman is suspended from party and surrenders passport

After being officially charged with the murder of her husband, Evangelical preacher Anderson do Carmo, Rio de Janeiro federal congresswoman Flordelis has been ordered to surrender her personal and diplomatic passports. She has been barred from leaving the country, and has also been officially suspended from her party, PSD. Six sons of the couple, one granddaughter, and a former military police officer were also arrested during a search and seizure operation held on Monday. Flordelis still hasn’t been arrested, however, due to her parliamentary immunity. Anderson died on June 16th, 2019, after being shot 30 times.

Republicans try to counter image of a divisive Trump

The unanimous message sent by the members of the Republican Party who attended the second night of the party’s national convention held on Tuesday was that United States president is not wicked and divisive as the Democrats have been depicting him. In order to deconstruct the arguments used by the opposition, the party appealed to testimonials from members of the president’s family, especially first lady Melania Trump, who closed the night using moderate words, while touching subjects extremely sensible for the American people. Her speech has been one of the strongest manifestations of solidarity from a member of the government to those who are suffering from the novel coronavirus pandemic, expressing her sympathy to family members of the 177 thousand victims of COVID-19 in the US.

Brazil creates jobs amidst the pandemic

“Brazil is returning to normalcy,” said president Jair Bolsonaro. “Extraordinary news,” said Economy minister Paulo Guedes. Government officials are celebrating the fact that Brazil is once again generating an increase in the number of formal jobs during the month of July, after four consecutive months of falling figures. According to the General Register of Employed and Unemployed, CAGED, these 131 thousand new jobs will not begin to make up for 10 percent of the devastation caused by the lockdown of activities during the novel coronavirus pandemic – 1.53 million jobs were lost between March and June – but they are an indication that a recovery is on the way, depending on the figures for the following months.

Brazilian meat processing company JBS has surpassed oil giant Petrobras and, according to a report published by Valor Econômico, became the biggest company in the country. With a strong impulse coming from exports, and favored by the exchange rate of the dollar, currently above R$ 5, the net income of the company totaled R$ 67.6 billion in the second quarter of 2020, 33 percent more than the results obtained during the same period in 2019. Meanwhile, Petrobras’s revenues dropped by 30 percent, reaching R$ 50.9 billion, impacted by the drop in consumption and lower oil prices. In the list published by the newspaper, after JBS and Petrobras, come Vale (R$ 40.4 billion), Grupo Pão de Açúcar (R$ 20.8 billion) and another meat processing company, Marfrig (R$ 18.9 billion).

The Chinese army launched this morning two missiles in the South China Sea, as a “warning to the United States”, according to Hong Kong-based newspaper South China Morning Post. Sources said that one of the missiles, the DF-26, is known as an “aircraft carrier killer”. According to the South China Sea Strategic Situation Probing Initiative, the act was a response to an incident on Tuesday, when an American spy plane flew over a disputed area over the sea which the Chinese government considers to be an exclusion zone, at the precise moment Chinese troops were doing a military exercise.