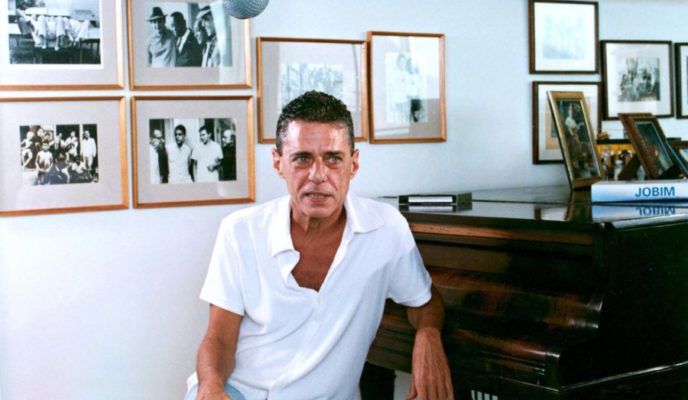 Brazilian singer-songwriter Chico Buarque has won the 2019 edition of the Camões Prize, the most prestigious literary award in the Portuguese language. In the United Kingdom, some people have turned to milkshakes as a form of protest, throwing them at radical politicians. Pro-Bolsonaro manifestations have been scheduled for Sunday all over the country, as a way to exert pressure on Congress to approve bills sent by the government, and also to protest against recent STF decisions. The US State Department is accusing the Syrian government of using chemical weapons in the region of Idlib, violating a cease-fire which had been protecting the local population. The Paraguayan Senate has rejected a bill which would increase taxes on cigarettes, a measure that the Brazilian government hoped would help in the fight against smuggling, a major source of income for criminal factions.

Brazilian singer-songwriter Chico Buarque has won the 2019 edition of the Camões Prize, the main Portuguese-language literary award. The decision was announced during a meeting at the National Library in Rio de Janeiro. Chico Buarque is the 13th Brazilian to win the award, and will receive a € 100 thousand prize. The members of the jury said the prize was due to the quality of Chico’s literary work, and his “contribution to the cultural formation of different generations in all Portuguese-speaking countries.” As well as songs, Chico has written several books and plays.

Why are demonstrators throwing milkshakes at British politicians?

Angry British are fighting hate speech and unpopular politicians with an unlikely weapon: the milkshake. In the last few weeks, the act, called “milkshaking”, has become a form of protest in the United Kingdom. Extreme right-wing politician and Brexit leader Nigel Farage has become the latest target in a series of attacks. Farage had been campaigning in Newcastle for 20 minutes when a man threw a £ 5.25 banana and salted caramel shake. The protester was arrested by the police, and Farage said he would press charges.

Supporters of president Jair Bolsonaro have scheduled manifestations in support of the government next Sunday all over the country. The president himself considered attending them, but the information was denied by members of his party, PSL. On the agenda of these manifestations are protests against recent actions taken by the Federal Supreme Court, and the difficulty getting approved bills sent by the government to Congress, including the social security reform. Several members of the president’s party and other government allies have already stated they won’t take part in the manifestations, describing them as potentially harmful to the country’s situation.

The United States State Department claims to have seen signs that the Syrian regime of dictator Bashar al-Assad is using chemical weapons, including a chlorine attack on Sunday in the northeastern part of the country. The Russian Ministry of Defense had previously accused Syrian rebels of planning a fake chemical attack in order to blame the Syrian government; the US promptly rejected the claims. Any attacks would be a serious violation of a cease-fire which has protected thousands of civilians in the Idlib region.

A bill being discussed by the Paraguayan legislative to increase taxes on cigarettes from 18 to 40 percent has been rejected by that country’s Senate. The measure had been seen in Brazil as a sign of goodwill on the part of Paraguay to act against cigarette smuggling, a major source of income for Brazilian criminal organizations. Around half of all cigarettes smoked in Brazil come from the neighboring country. Brazilians resort to smuggled products to pay less for them, even though they have a notoriously inferior quality and contain things like plastic, pieces of animals, dirt and sand, as well as carcinogenic substances.