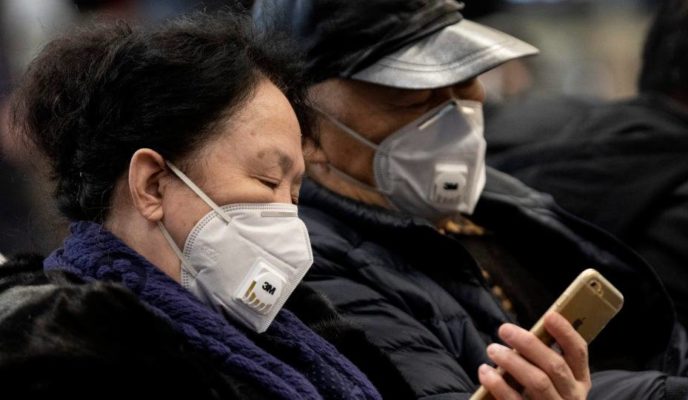 Today, China confirmed that six people have been killed and almost 300 have been infected by a new strain of the coronavirus which has been spreading throughout the country. The Intercept journalist Glenn Greenwald has been charged by the Brazilian Federal Prosecution Office of cybercrimes, in connection with the case in which cell phones from several public officials and members of the Operation Car Wash taskforce were hacked into and had their private conversations leaked to the press. The leader of Brazil’s main drug cartel has been taken by helicopter to a Brasília hospital under a strong security apparatus, which mobilized several federal law enforcement agencies. Spiritual leader João de Deus, accused of raping several of his patients during his sessions, has been sentenced to 40 years in prison by a Brazilian judge. Finally, one of the ISIS founders has been identified by Western intelligence agencies as the Islamic terrorist group’s new leader.

Today, China confirmed six deaths and 77 new cases of infection from a new coronavirus which is spreading through the country, raising the number of infected people to 291. The Chinese government informed local and regional Communist Party leaders that the spread of the disease should not be covered up and anyone found hiding new cases will be punished severely. China’s National Health Commission confirmed that the coronavirus, which causes a kind of pneumonia, is transmitted through human-to-human contact. The virus spread from the city of Wuhan to several Chinese cities, including Beijing and Shanghai. Two Thai nationals, one Japanese and one South Korean have also been infected.

The Brazilian Federal Prosecution Office has charged American-born journalist and The Intercept founder Glenn Greenwald with cybercrimes for his alleged role in hacking cell phones of several public officials and members of the Operation Car Wash taskforce, like former judge Sergio Moro and federal prosecutor Deltan Dallagnol, and leaking their private conversations to the press. In a criminal complaint made public today, federal prosecutors accused Greenwald of “freely, consciously, and voluntarily, aiding and guiding in a direct way the criminal organization.” Six other people have also been charged.

PCC leader is airlifted to hospital under tight security

Under a strong security apparatus, Marcos Willians Herbas Camacho, AKA Marcola, head of Brazil’s top drug cartel, First Command of the Capital (PCC), was helicoptered for exams at the Hospital de Base, in Brasília. Sentenced to over 300 years in jail, the leader of the criminal organization is currently at the Brasília Federal Penitentiary, which refused to disclose the reasons for the exam claiming medical secrecy. Several federal law enforcement agencies were mobilized for the operation.

Brazilian spiritual healer João Teixeira de Faria, popularly known as João de Deus, has been sentenced to 40 years in prison for rapes committed against five women during his sessions at the Dom Inácio de Loyola House, in the city of Abadiânia. The sentence was given on Monday by local judge Rosângela Rodrigues dos Santos. This is the defendant’s third conviction, and he has already been sentenced to a total of 63 years and four months in jail.

One of the founders of the Islamic State has been confirmed as the terrorist group’s new leader, according to reports given by authorities from two intelligence services to British newspaper The Guardian. Amir Mohammed Abdul Rahman al-Mawli al-Salbi coordinated the enslavement of members of the Yazidi minority in Iraq, and supervised operations throughout the world. According to the newspaper, he was named new ISIS leader hours after the death of Abu Bakr al-Baghdadi, killed by United States troops in October. According to these spies, he is known as a hardliner veteran and one of the group’s main ideologues.