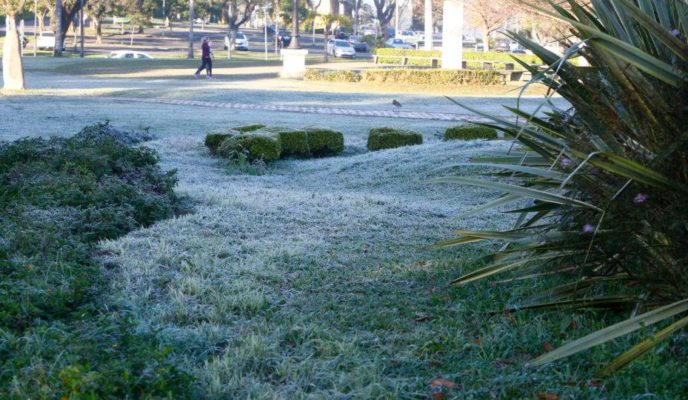 A historic cold front is reaching Brazil today, dropping temperatures throughout most of the South American country. Steve Bannon, a former United States president Donald Trump advisor and one of the architects of his 2016 election, has been arrested in New York after being charged with defrauding donors who contributed to an online fundraising effort to help build a wall between the US and Mexico. Alexei Navalny, one of Russian president Vladimir Putin’s most outspoken critics, and a major political opponent, is currently in a coma at a hospital in Siberia, after allegedly being poisoned after drinking a cup of tea at a local airport. North Korean dictator Kim Jong-un has delegated some of his powers to his younger sister, according to a spy agency from neighboring South Korea. Finally, members of Mali’s military forces, who arrested the African nation’s president and prime minister during a coup on Tuesday, have declared they will appoint a transitional president to rule the country until forthcoming elections, to be held within “a reasonable time”.

Take a look at our highlights./

A historic air mass is reaching Brazil today, dropping temperatures throughout most of the country. In some places there will be nighttime frost, and there is even in the possibility of snow, especially in the Southern region.  This high-intensity and strong polar air mass comes from Antarctica, and entered Brazil through Rio Grande do Sul, advancing through Santa Catarina and Paraná, and reaching São Paulo and Rio de Janeiro. It may reach even Northern states, such as Amazonas and Rondônia. According to meteorologists, polar air masses are widespread this time of the year, but the size and intensity of the phenomenon have surprised them this time, causing temperatures below zero Celsius degrees in some of Brazil’s southernmost states.

Steve Bannon, campaign strategist for United States president Donald Trump during the 2016 presidential elections, was arrested yesterday in New York and charged with fraud over an online fundraising effort to build a wall on the country’s border with Mexico, known as “We Build the Wall”. Three other suspects, among them a wounded Air Force veteran and a Florida venture capitalist, have also been arrested on the same charges. According to law enforcement officials, Bannon was arrested on a US$ 35 million, 150-foot yacht belonging to one his business associates, a Chinese fugitive billionaire. Bannon agreed to pay a US$ 5 million bail and, after pleading not guilty to all charges, was released from prison.

Alexei Navalny, the most prominent critic and main political opponent of Russian president Vladimir Putin, is in a coma at a hospital in Siberia after allegedly being poisoned by a toxic substance put in a cup of tea, according to a statement issued yesterday by his spokeswoman, Kira Yarmish. A representative of the hospital said Navalny has been placed on a ventilator in an intensive care unit, and his condition is critical. According to Yarmish, the anti-Kremlin activist was at the airport in the Siberian city of Tomsk, waiting to board a plane which would take him back to Moscow, when he felt sick. “We suspect Alexei was poisoned with something mixed into his tea. It was the only thing he drank all morning. Doctors said that the toxin absorbed more quickly through hot liquid,” she said. Navalny’s wife is now trying to get him to be treated in Germany.

Kim Jong-un delegates more powers to his sister, according to spy agency

The dictator of North Korea, Kim Jong-un, has delegated some of his powers to his younger sister, Yo-jong, as well as other of his close aides, in other to supervise issues of State and reduce his stress levels. The information was disclosed yesterday by South Korea’s spy agency. “Kim Yo-jong, the first vice department director of the Workers’ Party Central Committee, is steering overall state affairs based on the delegation,” members of the agency were quoted as saying in a closed-door briefing to South Korean lawmakers. She has also been entrusted with handling North Korean policies towards their southern neighbors as well as the United States. According to the same sources, the move also partly seeks to “avert [Kim’s] culpability in the event of policy failure.”

The military junta which toppled the president and the prime minister of the Western African nation of Mali on Tuesday, issued a statement in which they claim a traditional council will be established to appoint a provisional president, in order to return the country to civilian rule. In an interview with French TV channel France 24, major-colonel Ismaël Wagué said: “We are going to set in place a transitional council, with a transitional president, who is going to be either military or civilian. We are in contact with civil society, opposition parties, the majority, everyone, to try to set the transition in place.” He added that the transition will happen “as quick as possible,” and promised elections in a “reasonable time”. Global leaders have widely condemned the coup, including French president Emmanuel Macron and his Nigerian counterpart, Muhammadu Buhari.