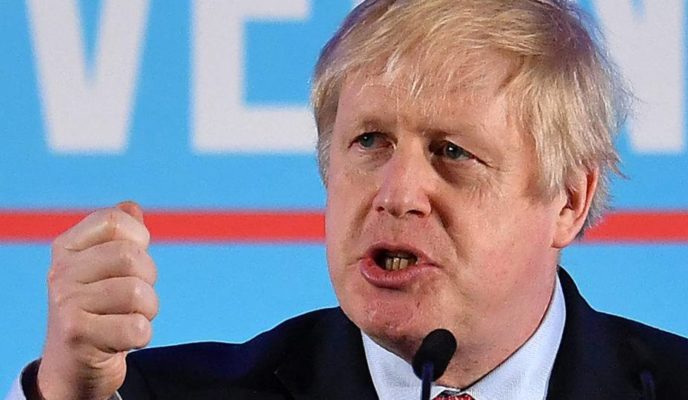 British prime minister Boris Johnson and the Conservative Party have obtained a stunning victory in the United Kingdom general elections, the biggest one since 1987; while Labour leader Jeremy Corbyn announced his resignation, Johnson declared he will implement Brexit by January 31st. The United States Senate unanimously approved a resolution recognizing the Armenian genocide by Turkish forces in the early 20th century, despite objections by president Donald Trump. Brazilian vice-president Hamilton Mourão welcomed at the Planalto Palace ambassadors from Cuba and Argentina, two countries often criticized by president Jair Bolsonaro. Russia’s only aircraft carrier, which had recently been deployed in the Middle East to support the country’s troops in Syria, has caught fire, leaving at least twelve crewmembers injured and killing one. Finally, France’s labor unions have announced they will remain on strike indefinitely, despite president Emmanuel Macron’s call for talks and his softening of the previously announced social security reform.

United Kingdom prime minister Boris Johnson obtained a crushing victory after the official announcement on Friday morning that the Conservative Party won the country’s general elections. Results indicate that the conservatives obtained at least 68 seats more than all other parties put together. This was the Conservative Party’s biggest victory since 1987, and the worst electoral performance by their rivals, the Labour Party, since 1935. Labour leader Jeremy Corbyn, who preached a radical program of state intervention and nationalization of industries, announced his resignation; meanwhile, Johnson said during his victory speech that he will implement Brexit by January 31st.

On Thursday, the United States Senate followed the example of the House of Representatives and unanimously approved a resolution officially recognizing the Armenian genocide and condemning the massacre of 1.5 million people in Turkey by the Ottoman Empire at the beginning of the 20th century. The decision, which completely ignored president Donald Trump’s long-standing objections on the matter – due to his ties with Turkish president Recep Tayyip Erdoğan – came after the Senate Armed Services Committee imposed sanctions on Turkey for that country’s recent purchase of a Russian missile defense system and their offensive against the Kurdish minority in Syria.

Mourão welcomes representatives from Cuba and Argentina at the Planalto Palace

On Thursday, Brazilian vice-president Hamilton Mourão welcomed at the Planalto Palace representatives from Cuba and Argentina, countries often criticized by president Jair Bolsonaro. The Cuban ambassador, Rolando Antonio Gómez Gonzálvez, told Mourão he regretted Brazil’s change of stance under the Bolsonaro administration; the country now supports in the United Nations the economic embargo on Cuba promoted by the United States. Mourão also met with Daniel Scioli, appointed by the newly-elected Argentinian president Alberto Fernández to be the new ambassador in Brazil.

A fire broke out on Russia’s single aircraft carrier, Admiral Kuznetsov, leaving at least 12 crewmembers injured and one sailor dead. This is the latest in a series of accidents which have affected the Soviet-era vessel. The fire began while the ship was docked at the Arctic port of Murmansk to undergo repairs, and quickly engulfed a 600-square-meter area, and was probably caused by human error, according to the Russian press. The Admiral Kuznetsov was originally launched in 1985 as Leonid Brezhnev, and had been deployed in Syria recently to aid the Russian military campaign in the Middle East.

On Thursday, France entered its eighth consecutive day of strikes against the social security reform proposed by president Emmanuel Macron. For the first time, the French government indicated its intention of maintaining dialogue with the protesters, but the country’s unions refused to compromise, denying any truces, and asked demonstrators for bigger protests. “There will be no Christmas truce,” said Laurent Brun, president of the General Work Confederation and head of the main railway workers’ union.  The strikers want to replicate the 1995 strikes, which lasted for over three weeks and caused the resignment of prime minister Alain Juppé and put an end to president Jacques Chirac’s reform.