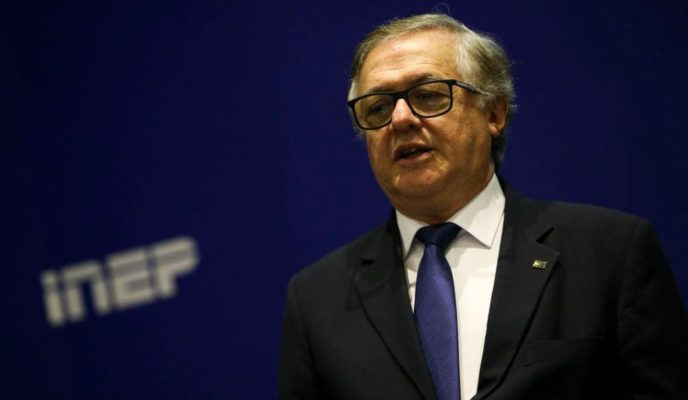 In the Bolsonaro administration, the fun never ends. At least not for those who seek controversy. Today’s quarrel is about a request made by the Ministry of Education that children sing the Brazilian national anthem in schools. In Colombia, Vice-president Mourão gives up past controversies and leads the Brazilian diplomatic effort to solve the Venezuelan crisis. For those who are ready to trade controversy for conspiracy, bad news: Sergio Moro and the Federal Police told President Bolsonaro that no evidence has been found of any plot to assassinate him in Juiz de Fora, last September. If one wants controversy with all his heart, he or she may find it in the Oscars aftermath. There, one may find everything, from racism to “bisexual erasure.” Not even Trump can resist. In Asia, fears rise as two nuclear-armed states, India and Pakistan, fight in Kashmir. No controversy this time.

Today’s controversy is about the mandatory singing of the Brazilian national anthem both in public and private schools. The request, made by the Minister of Education, Ricardo Veléz, also featured orientations for the school administrators to record students singing and hailing “Brazil’s new era,” and finishing with Bolsonaro’s campaign slogan: “Brazil above everything, God above everybody.” Criticized, later the minister recognized his mistake and removed the part about the slogan.

Vice-president Hamilton Mourão has decided not to be a “decorative vice,” incidentally quoting Michel Temer. In Colombia, along with Minister Ernesto Araújo, Mourão leads the Brazilian diplomatic effort to put an end to the Venezuelan crisis. This is Mourão’s highest moment so far, after a string of misunderstandings and even confrontations inside Bolsonaro’s administration. Yesterday, Mourão denied any plans of military intervention in Venezuela.

During a meeting with President Jair Bolsonaro yesterday, Federal Police, along with Minister of Justice, Sergio Moro, said that there is no evidence so far of a conspiracy to kill the president. They refer to the probe into Adélio Bispo, the man who stabbed Bolsonaro during a campaign rally in Juiz de Fora, in September. Evidence collected up to now suggests that Bispo acted by himself, motivated only by political disagreements.

The Oscars may be esthetically irrelevant, but they still are, unfortunately, an important political platform. After the statuettes were handed out, black activists keep complaining about the award given to Green Book, a movie they consider racist. 2019 Best Actor Rami Malek is also facing criticism for calling Freddy Mercury “gay,” not “bisexual,” in his speech. Even President Trump has entered the debate, calling director Spike Lee racist.