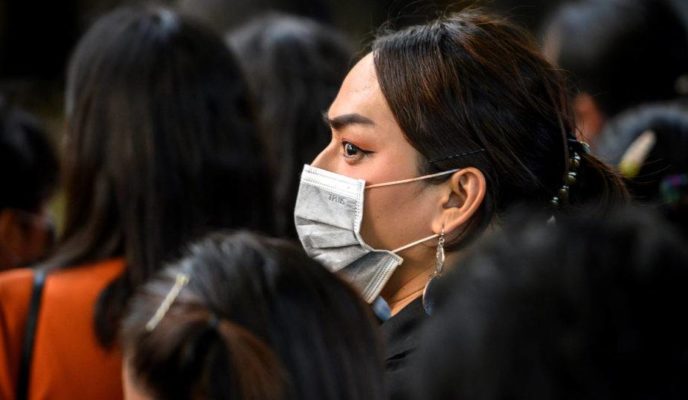 The Brazilian government has officially confirmed 25 novel coronavirus cases, while the number of suspected cases has risen from 663 to 930. Meanwhile, the Brazilian Ministry of Health has declared the country won’t officially repatriate its citizens from the quarantine zone established by the Italian government. President Jair Bolsonaro has declared, during a trip to the US state of Florida, that he has evidence of fraud during the 2018 Brazilian presidential election, in which he came out as the winner. According to Paraguayan authorities, Brazilian Justice and Public Safety minister Sergio Moro has been in contact with that country’s Interior minister, to find out about the status of soccer superstar Ronaldinho Gaúcho, and try to provide some help for his release. Finally, a suspicious fire has hit a facility which held a several voting machines in Venezuela.

On Monday, the Brazilian Ministry of Health confirmed that the number of 25 confirmed instances of novel coronavirus infections remained stable since yesterday, while the number of suspected cases rose from 663 to 930. 53 patients were ruled out between Sunday and Monday, totaling an amount of 685 people who did not test positive for Covid-19 in Brazil. With the new count, Alagoas and Minas Gerais have joined the list of states affected by the disease, along with 16 cases in São Paulo, 3 in Rio de Janeiro, one in Espírito Santo, two in Bahia, and one in Distrito Federal. Out of these 25 cases, four happened due to local transmission, while the 21 others were infected abroad.

According to the executive-secretary of the Brazilian Health Ministry, João Gabbardo Reis, Brazil has ruled out the repatriation of isolated citizens stranded in Italy after that country increased its Covid-19 quarantine area to encompass one quarter of its population. “This possibility is not on our radar,” said the secretary. Gabbardo Reis also considered the possibility of the novel coronavirus spreading in Brazil unlikely, and qualified the decision taken by the Italian government as “extremely radical”. Health Minister Luiz Henrique Mandetta also claimed to be “completely opposed” to such measures.

Bolsonaro claims to have evidence of fraud in the 2018 elections

While in Miami, during a trip to the United States on Monday afternoon, Brazilian president Jair Bolsonaro claimed he had proof that the 2018 presidential elections, which he won, were frauded: “my campaign, I believe, by the evidence I have in my hands, and I soon will show, I was elected in the first round but, in my understanding, there has been a fraud.” He added: “we not only have the word of someone, we have a previous confirmation, and I want to show, that we need to approve in Brazil a safe vote-counting system.” Before the 2018 elections, the Brazilian Electoral Courts audited the country’s electronic ballots and discarded any possibility of fraud in any faulty equipment.

Brazilian Justice and Public Safety minister Sergio Moro has allegedly been in contact with Paraguayan authorities in order to request news on the current situation of soccer superstar Ronaldinho Gaúcho, arrested along with his brother, Roberto Assis, after being detained with fake documents at their hotel. According to Paraguay’s Interior minister, Euclides Acevedo, Moro has been in constant contact with him: “he wrote to me several times, (…) wanted to know what was happening, and what were the chances of them getting out of there as soon as possible.” According to Acevedo, Moro even asked if it was a matter of bail, or similar issues.

Ballots used in Venezuelan elections are burned during fires

Most of the ballots used in Venezuela’s election system have been burned during a fire in one of the country’s electoral organs. According to Tibisay Lucena, president of the National Electoral Council, “49,408 voting machines were burned, along with 22,434 voltage source inverters, 127 thousand electronic ballots, and 49,323 integrated authentication systems”. The fire happened last Saturday, in a storage facility in the Filas de Mariche district on the outskirts of Caracas, next to one of Latin America’s biggest slums. “In less than 30 minutes the building was taken over by the fire,” said Lucena, stressing that at least 60 officials worked to put out the flames.