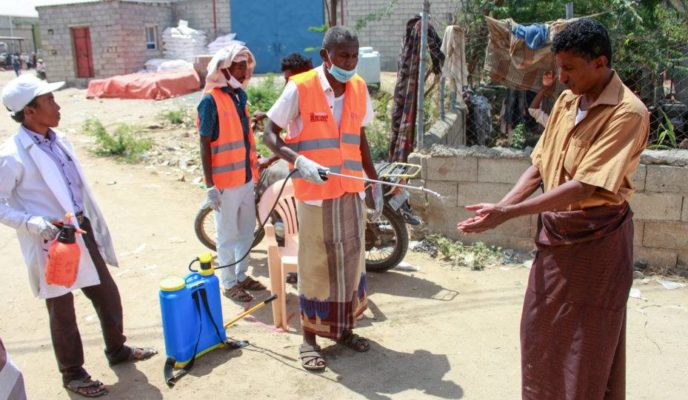 According to a United Nations food agency executive, the global disruption caused by the novel coronavirus and COVID-19 may cause a hunger pandemic. The Brazilian state of Amazonas requested an intervention from the federal government, after a dramatic surge in COVID-19 cases and a spike in the number of casualties, which forced the city of Manaus to dig collective graves at a local cemetery. The US state of Missouri is suing the Chinese government and the Communist Party of China due to the way that country has handled the beginning of the novel coronavirus pandemic, and the harmful effects it had on the state’s economy. US president Donald Trump said he ordered his country’s navy to ‘shoot down and destroy’ any Iranian gunboats which harass American ships, further increasing tensions between both countries. Finally, rumors have surfaced that North Korean dictator Kim Jong-un may be in critical condition, after undergoing a cardiovascular surgery, according to US intelligence sources.

Coronavirus may cause a hunger pandemic, according to UN food agency

The novel coronavirus may cause a global hunger pandemic “of biblical proportions”, according to a United Nations food agency head executive. During a virtual briefing with the UN Security Council, World Food Program executive director David Beasley said that urgent actions were needed to avoid a catastrophe. According to him, the number of people suffering from chronic hunger in the world is likely to double by late 2020 due to COVID-19. Beasley said that over 130 million people may starve due to the global consequences caused by the pandemic, in addition to the 135 million already facing malnutrition, which means the lives of 265 million people in 55 countries are endangered.

The northern Brazilian state of Amazonas is waiting for an official answer from the Planalto Palace concerning a request for a federal intervention in its health sector, approved by the state’s Legislative Assembly on Monday. Amazonas’s hospital bed occupancy rate has reached 90 percent, with 2,270 cases of COVID-19 and 193 deaths, one of the highest mortality rates in the country. On Tuesday, collective graves were dug at a Manaus cemetery to bury the latest victims of the novel coronavirus pandemic.

The American state of Missouri is suing the Chinese government and the Communist Party of China over the way they have handled the novel coronavirus pandemic, according to the state’s Attorney General, Eric Schmitt. He claims that the actions taken by Chinese institutions and their government to suppress information, arrest whistleblowers, and deny the contagious nature of COVID-19 have led to the loss of lives and severe consequences in Missouri, such as the loss of “trillions of dollars”. “Before the pandemic, Missouri had one of its lowest unemployment rates of the past decade, but on information and belief, Missouri’s unemployment rate is now the highest it has been since the Great Depression,” the suit claims.

In a further escalation of tensions against Iran, United States president Donald Trump posted on his official Twitter account that he had instructed the US Navy to “shoot down and destroy” any Iranian gunboat if they “harass” American ships at sea. A conflict between both countries could add a new ingredient to the current oil crisis, since the Persian country could obstruct all traffic of oil tankers in the Strait of Hormuz, a crucial maritime thoroughfare for the sector. On Wednesday, Iran announced it has sent into orbit its first military satellite.

Kim Jong-un may be on the verge of death, says US intelligence

North Korean dictator Kim Jong-un is allegedly in critical condition, after he underwent a cardiovascular surgery on April 12th, according to United States intelligence sources quoted by CNN. The American media, however, claims it is not possible to know the extent of his current condition, due to the closed nature of the country’s regime. Rumors regarding his health have begun to circulate after he missed the April 15th celebrations of his grandfather Kim Il-sung’s birthday; factors such as obesity and smoking seem to have been affecting his health for some time. Spokesmen for neighboring South Korea, however, have minimized such rumors, and said it would be “inappropriate” to speculate on the reasons involving the dictator’s absence.