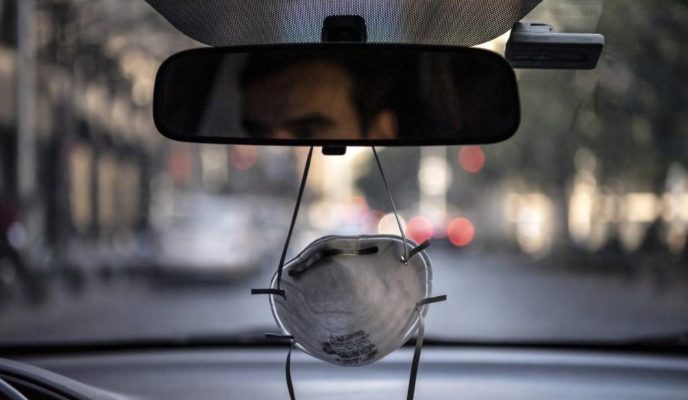 Governments around the world are considering issuing “immunity passports” to patients who have recovered from COVID-19, so they can resume their daily activities and be released from self-isolation. Members of a criminal gang accused of stealing 50 thousand surgical masks from São Paulo hospitals have been arrested by the state police. Brazilian soccer superstar Ronaldinho Gaúcho and his brother, Assis, have been granted house arrest by a judge in Paraguay, where they have been under arrest for nearly a month after being detained with fake Paraguayan passports. A top Ecuador court has sentenced former president Rafael Correa, who currently lives in Belgium, to eight years in jail for his involvement in a corruption scheme involving construction companies during his term in office. Finally, Venezuelan dictator Nicolás Maduro has ordered the hospitalization of all confirmed novel coronavirus cases in his country.

While most people all over the world are facing restrictions due to the novel coronavirus pandemic, many are wondering how long they will have to remain isolated, and when life might return to normal. Several countries are considering a strategy to allow part of their population to leave their confinement: issuing an “immunity passport”, a document which would be handed to patients who recovered from COVID-19, so they can resume their daily activities. According to British Health minister Matt Hancock, who contracted the disease and left isolation after recovering, this passport would be similar to a vaccination certificate.

Today, the São Paulo Civil Police arrested four members of a criminal gang accused of stealing 50 thousand surgical masks in the state capital. Nine people have been arrested for involvement in the crime, so far. According to police officers, the thefts occurred inside hospitals, where local employees would sneak into storage rooms and fetch the masks. Two people had been detained last week for being involved in the same crime. All arrested will be charged with larceny, conspiracy, and receiving stolen property.

Brazilian soccer legend Ronaldinho Gaúcho and his brother, Assis, will remain detained in Paraguay after being caught with fake passports, but have been granted house arrest by judge Gustavo Amarilla. After spending nearly one month at an Asunción penitentiary, both have been allowed to continue their confinement in a hotel room. Ronaldinho’s defense team, made up of attorneys Sergio Queiroz and Adolfo Marin, posted a US$ 1.6 million bail, and managed to obtain their transfer to a room at the Hotel Palmaroga, where they will have to stay until the end of the investigations, which the country’s Prosecution Office considers they could hamper if released. The decision has also been granted due to the fact that Paraguay’s judicial system is partially shut down due to the novel coronavirus pandemic.

Yesterday, a top Ecuadorian court convicted Rafael Correa, president of the country between 2007 and 2017, to eight years in jail for corruption crimes committed during his term in office. Correa was sentenced, along with 17 other people, including his vice president, Jorge Glas, for his involvement in a scheme in which construction companies paid US$ 7 million in bribes in exchange for public contracts with the government. He was tied to the case after US$ 6 thousand were found in his bank account, which he claims is a leftover from campaign funds. Correa currently lives in Belgium, and is claiming to be persecuted by current president Lenín Moreno, his former ally.

Maduro orders hospitalization of all coronavirus cases in Venezuela

Dictator Nicolás Maduro has ordered the immediate hospitalization of all patients diagnosed with COVID-19 in Venezuela. “This is an order I am issuing: we must move forward towards the hospitalization of 100 percent of all cases, 100 percent!”, he said during a TV broadcast. Maduro claims that, during this stage of the pandemic in the country, the hospitalization of all cases is possible since there are 166 confirmed cases of novel coronavirus infection and more than 23.5 thousand hospital beds in which they could be isolated, therefore managing, according to him, to contain more efficiently the spread of the disease.