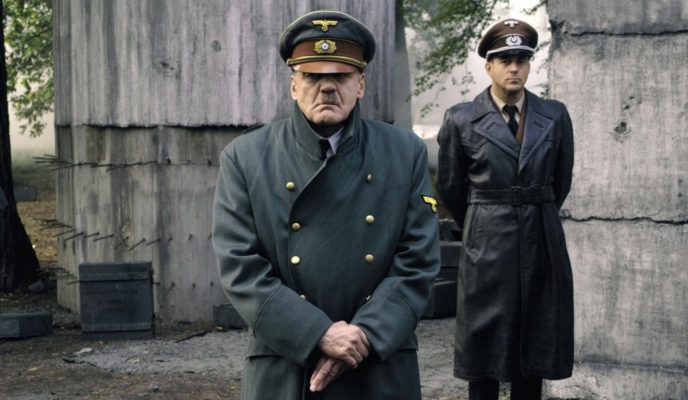 When Hilde Schramm inherited several painting collections from her father, she knew only one thing: she didn’t want any of those works. Hilde is the daughter of Adolf Hitler’s chief architect and Minister of Armaments, Albert Speer.

Even though she had determined that the paintings probably hadn’t been taken from Jews during the Second World War, the German woman wanted her inheritance to be beneficial for other people. She got together with some friends in her Berlin office and devised a plan to sell the paintings and use the money to support artistic projects by Jewish women in Germany.

Thus, in 1994 was born the project Foundation Zurueckgeben, for which Hilde received on Monday (21) the Obermayer German Jewish History Award. The award was created by Jewish philanthropists from the US to recognize the efforts of non-Jew Germans to keep Jewish culture alive in their country.

The name of the foundation may be translated as “return”, but may also mean “restitution”, and Hilde said the word was intentionally chosen to emphasize the goal of raising awareness in a time when the theft of Jewish art and property was a subject not often discussed.

Today, there is a widespread understanding that Nazis looted precious works of art and other properties of European Jews, thanks partly to the recent efforts by the German government of identifying heirs and organizing restitutions, and also due to the popular 2014 American movie The Monuments Men.

But the main focus has been on valuable items such as precious paintings and sculptures. Hilde’s foundation encourages Germans, in general, to do an inventory of items in their homes and ask themselves where they came from.

Her goal is, in part, to fight the cliché perpetrated by the Nazis that all Jews were rich and powerful at the time, but also to dispel the notion that only the Nazi elite profited with the objects stolen from Jews.

Since the beginning of the foundation, hundreds of Germans made donations, and she was able to finance around € 500 thousand in projects of over 130 Jewish women, including children’s theaters, exhibits, dance shows, the publication of books, and movies.

A former Green Party state deputy, 82-year-old Hilde, an educator, and writer, has already been involved in several other projects related to the Nazi era. She has received from the city of Berlin the Moses Mendelssohn Award, named after the Jewish philosopher to pay tribute to people who foster tolerance.

She has also helped to organize a non-profit association to help projects in Greece after that country’s financial crisis, and has welcomed in her own home seven refugees from Afghanistan and Syria, after chancellor Angela Merkel’s decision of opening German borders for over one million immigrants between 2015 and 2016.

“Wherever I went, or whatever I did, I saw something that was on the blind spot, and decided to act,” she said.

Hilde was only nine years old when the war ended. Despite having accompanied her father in meetings with Hitler and other high-ranking Nazis, she didn’t know anything about the persecution of Jews.

Unlike many other important Nazis who committed suicide, or were executed after the war, Albert Speer was imprisoned for 20 years in a Berlin jail, sentenced for war crimes after being convicted in the Nuremberg trials.

In his trial, Speer, who died in 1981 in London, accepted moral responsibility for the crimes, but insisted he didn’t know about the Holocaust – a claim which has been often disputed.

Hilde was able to confront him and ask him her question, an opportunity, according to her, that many of her foundation’s donors didn’t have with their relatives.

“In a way, I’ve always felt in a good situation, I knew what my father had been and what he had done from a very early age,” she said. “Many men and women of my generation do not have an answer about what their families did.”

Hilde’s award was the sixth granted by philanthropist Arthur Obermayer’s organization, established in 2000.