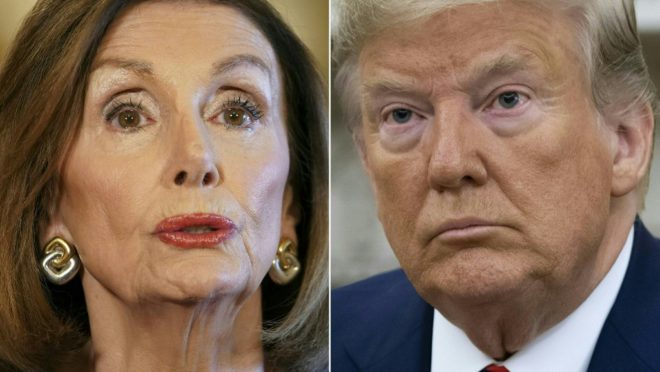 Members of the United States’ Democratic Party filed yesterday a petition for the impeachment of president Donald Trump, claiming his recent statements were responsible for the recent acts of violence committed by his supporters during the recent invasion of the Capitol. Most social media companies, including Twitter and Facebook, have decided to ban the American president for the same reason. In Brazil, Health minister Eduardo Pazuello has declared that the vaccination process in the country will begin “on D-Day, at H-Hour”. Meanwhile, US carmaker Ford has announced the shutdown of all its manufacturing plants in the country. Finally, Israel is quickly becoming the country with the most effective vaccination program in the world, with over 20% of its population already immunized by the Pfizer vaccine, and announcing the import of the Moderna vaccine.

This Monday, Democrat members of the United States Congress formally filed a petition for the impeachment of president Donald Trump. The House of Representatives will now hold a vote determining its support for the proposition, but only after voting on another resolution, urging vice-president Mike Pence to invoke the 25th Amendment in order to remove Trump from power. Trump is being accused of “threatening the integrity of the democratic system and interfering with the peaceful transition of power”, after making an emotional call for his supporters to march to the Capitol just as legislators were confirming his defeat to Joe Biden at last year’s presidential election. Five people ended up dying after a mob of rioters ransacked the US Capitol.

On Friday evening, social media giant Twitter announced it had suspended the account of US president Donald Trump, “due to the risk of further incitement of violence”. This was a heavy blow to the American mandatary, who was known to spend his time on Twitter, either commenting on current events or even trying to interact with foreign leaders. A company issued a statement blaming Trump’s alleged encouragement of the US Capitol riots for the move, and several other social media networks, such as Facebook, Instagram, Reddit, and Twitch, did the same. Several supporters have also been banned from these platforms, and have tried to use alternative platforms, such as Parler, but these have also been removed by all major app stores due to the fear of enabling channels which may support hate speech and mob violence.

Vaccination process to begin on D-Day, at H-Hour, says Pazuello

Yesterday, Brazilian Health Minister Eduardo Pazuello avoided setting a fixed date for the beginning of a COVID-19 vaccination process in the country. During a press conference in Manaus, the capital of the state of Amazonas, which has witnessed a surge in novel coronavirus infections, the minister said he has been pressured by governors and mayors to define a calendar, and said that immunization efforts will begin “on D-Day, at H-Hour”. He also stressed the federal government’s interest in waiting for the final verdict by Brazil’s Health Inspection Agency, ANVISA, on the emergency use of Coronavac, developed by a Chinese company and brought to Brazil in a partnership with São Paulo’s Butantan Institute.

United States legendary carmaker Ford has announced on Monday that it will stop manufacturing vehicles in Brazil, therefore closing its plants in Bahia, São Paulo, and Ceará. In their statement, Ford executives have justified their decision by saying that the devaluation of regional currencies had “increased industrial costs beyond recoverable levels, and the global pandemic has further amplified issues, leading to even higher idle capacity and lower vehicle demand in South America, particularly in Brazil”. The decision will directly affect 5.3 thousand people employed by the company, in all three locations. Several thousands of workers indirectly linked to all stages of production and shipment of the company’s products are also bound to be affected. The financial impact of Ford’s closure of its Brazilian units is expected to reach approximately US$ 4.1 billion.

Over 20 percent of the population of the Middle Eastern country of Israel have already received at least the first dose of the vaccine against the novel coronavirus, ever since the country officially authorized the use of Pfizer’s immunizing agent on December 19th. Among those in the population of 8.8 million people who are over the age of 60, around 70 percent have already received their vaccine shots. People who work in elderly homes and health care professionals have also been among the first to be immunized in the country, which is already beginning to distribute the second shot of the medication. Local health authorities have also approved the deployment of the vaccine produced by US company Moderna.