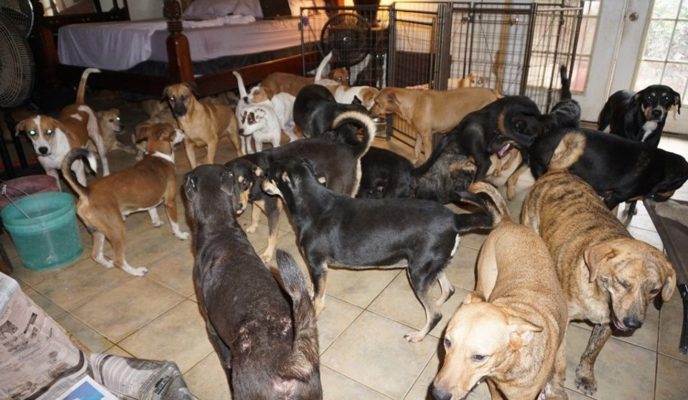 A Nassau woman is sheltering 97 dogs in her home while Hurricane Dorian is passing through the Bahamas, causing mayhem and destruction. Congressman Cid Gomes fainted during a Senate speech, forcing the president of the House to call for medical help. Businessman Luciano Hang, owner of the Havan department store chain, is calling for changes in a law which regulates the use of national symbols, after a controversy caused by his use of Brazilian flags to celebrate Independence Day. US giants Nike and Apple announced the launch of shoes that can be operated through voice and remote devices. Finally, Brazilian vice president Hamilton Mourão will not be acting president while Jair Bolsonaro undergoes surgery during the weekend, to correct an abdominal hernia.

Woman rescues 97 street dogs to protect them from Hurricane Dorian

While residents of the Bahamas were preparing themselves for the arrival of Hurricane Dorian, the strongest storm in the history of the island nation, a woman opened her home to 97 stray dogs. “79 of them are inside my master bedroom,” wrote Chela Phillips on her Facebook account on Sunday. “It has been insane since last night.” Phillips took some steps to make the interior of her house more pleasant to the animals, turning on music and the air conditioning. Neighbors and tourists donated boxes, which were used for the “frightened and sick dogs.” The woman runs a shelter for homeless and abandoned dogs in Nassau, capital of the Bahamas.

Ceará senator Cid Gomes, brother of former presidential candidate Ciro Gomes, felt sick while making a speech on the floor of the Brazilian Senate and collapsed. He was talking about a bill which will allocate funds for the exploration of pre-salt layers, when he began to mumble and asked for “a minute.” When he resumed, visibly breathless, he had to sit down. Senate president David Alcolumbre called for medical help and stopped the session. Cid left the Senate escorted by colleagues, but was still able to talk to the press: “I had a blood pressure drop, too much blood in my head. Then, there’s only one solution: to lie down.”

When questioned on social media about the inappropriate use of national symbols, businessman Luciano Hang, owner of the department store chain Havan, said he is being a victim of “left-wing patrol”, and said he has no intention of removing the Brazilian flags from his stores. He added that the décor is part of the “Brazil Week” initiative, a sales action plan encouraged by the federal government to celebrate the Independence Day, which involves more than 300 companies. He added that he wants to change the 1971 law which regulates the appropriate use of the Brazilian symbols, so that Brazilians may use “the colors of our country and our national flag” more freely.

US footwear giant Nike announced it will launch shoes that can be controlled remotely by tech giant Apple’s virtual assistant Siri. Called Nike Adapt Huarache, the sneakers promise technological advancements which will take into account the user’s physical activity styles and movements, thus personally customizing size and comfort. Shoelaces can be tied or untied through voice commands. As well as Siri, the sneakers will also be supported by other devices, such as Apple Watch, and will have LED lights and Bluetooth support. According to tech website Fast Company, a pair of sneakers will cost US$ 350.

Despite Bolsonaro’s surgery, Mourão will not be acting president

Brazilian president Jair Bolsonaro will not take leave from office during the period in which he will be recovering from abdominal surgery, due to a hernia, that has been scheduled for Sunday in São Paulo. This will be the fourth time he will be in an operating room since he was stabbed during the 2018 presidential campaign. According to news portal G1, Bolsonaro himself told vice president Hamilton Mourão of his decision. Mourão was scheduled to take over the office of president, since Bolsonaro will have to undergo general anesthesia. In January, during one of Bolsonaro’s previous surgeries, Mourão took over as interim president, made trips and gave interviews.