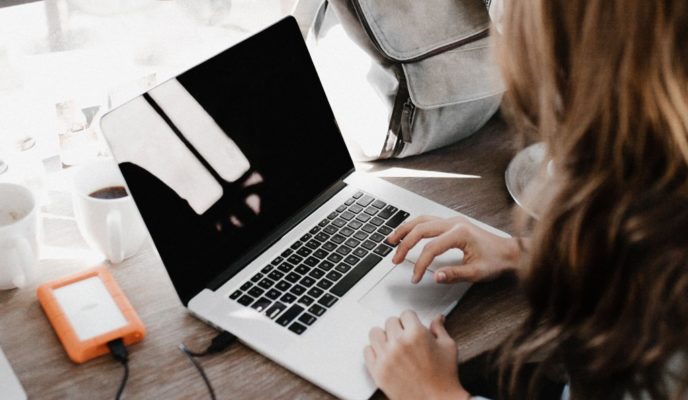 Even though technology may be a powerful ally, the younger the children, the more time they need to spend in school. The risk of distance learning in elementary education is falling into a commercial strategy to reduce necessary costs for education

There is an important change going on in the elementary schools in a series of countries as different as Canada, Malaysia, South Africa and the United States, France, and China. In the last years, technology has been incorporated in a way that has been transforming the whole experience of teaching and learning.

On one side, the teacher becomes a mediator, paying attention to the peculiarities of each of his students. On the other, students take part in a more active way in the process of building knowledge. They are no longer limited to listening to classes passively, doing their homework and studying for exams – he begins to use technology to develop projects to put into practice the theory he learned. Such a tendency is known as blended or hybrid learning. It already exists in Brazil, and it is the closest children education should be of implementing distance learning.

Education from Bolivia to Bangladesh

As much as president-elect Jair Bolsonaro have remarked, throughout his electoral campaign, that he intends to encourage distance learning even in elementary education, removing all children from an entire region from the school environment is impracticable – at least it is something that has never been done, with the remarkable exception of a large set of schools in the United States.

In Brazil, the legislation allows, through decree 9,057/17, the use of distance learning in elementary education only in emergency situations, such as in regions of difficult access, health problems, trips to other countries, or in cases of deprivation of freedom. The decree was updated in May last year, with the goal of allowing distance learning classes after the 6th grade in elementary education, but the Ministry of Education backed down; the text was altered on the same day, but the issue is still being discussed internally.

While this change doesn’t come, distance learning in elementary education has been used on a small-scale, in specific situations. “In the state of Amazonas, in more isolated municipalities, students gather in a small center, where classes are taught by video, and a tutor supervise the activities,” explains João Mattar, professor at Universidade Anhembi Morumbi who holds a postdoctoral degree from Stanford University, an expert in developing long-distance disciplines for different Brazilian higher education institutions. He refers to the Center of Technological Education (CETAM), which became a reference for online teaching for young people. “And there is also,” he continues, “the international success case of the Brazilian Army.”

He is talking about the experience of Manaus Military College, whose distance learning system caters to over 500 elementary and high school students, sons and dependents of military personnel, who have been relocated to remote places along with their families. They live in cities in the Amazonas countryside, as well as in countries as distant as China, Sweden, Bangladesh, Bolivia, and South Africa. When parents are transferred, they can maintain the education of their children by studying through a virtual system.

There is also the case of children homeschooled. In Brazil, homeschooling is prohibited by law, but it is still estimated that five thousand families have adopted the practice – recently, an attempt to validate it has been vetoed by the Federal Supreme Court. “There are countries, especially in the English-speaking world, such as the United Kingdom, United States and Australia, which have a very strong homeschooling tradition. In such places, there are a huge market offering distance learning platforms, with didactic material and tutors which help parents,” explains João Mattar.

But the number of students, in both cases, is relatively small. For entire education systems of bigger countries or regions, blended learning is a more promising alternative.

Actually, in Brazil and in several other places around the world, students have been graduating partly away from schools for many decades. After all, they do their homework, prepare group assignments, read and study for their exams, outside their school environment. The difference is that, with the adoption of technology, the kind of activity being executed inside learning institutions may change, and the time students remain inside school may diminish.

“Some face-to-face course activities, both in elementary as in high school, may be done remotely. This has been happening in other countries: the student spends less time in school,” says João Mattar. “All things considered, the younger the children, the less time they need to spend in school. As they progress into the second phase of elementary education, after the 6th grade, they can increase their autonomy.”

This is what has been going on in countries as diverse as Canada, the Netherlands, China, South Africa, Malaysia, Germany, Australia, Israel, Austria, Finland, South Korea, and France: halfway through middle school, student frequency begins to diminish. Still, what can be seen in countries like Canada, for instance, is that this transition has just begun, in some provinces with a greater speed than others – Ontario, for example, has the goal of setting up blended learning in all of its schools. “Online education as a complement to face-to-face learning is still the dominant form in the Canadian school system,” says Lucio Teles, associate professor at the Education Faculty at University of Brasília (UnB).

“Usually brick and cement schools are still the primordial form of education of young people. In all provinces, there are distance learning initiatives in several schools, but in most cases, they are activities supplementary to face-to-face activities.” What has been happening there, according to him, is the integration of technology. “What we might learn from them is how to progressively integrate online education to the regular school system, but always maintaining face-to-face classes.”

But blended learning goes beyond the mere reorganization of the time spent in school. Lilian Bacich, pedagogue and doctor of School Psychology and Human Development at the University of São Paulo (USP), general coordinator of Post-Graduation and Research at Instituto Singularidades and organizer of the book “Ensino Híbrido: Personalização e Tecnologia na Educação” (“Hybrid Learning: Personalization and Technology in Education”), explains:

“With technology, you transform the teacher into a designer of learning experiences, capable of catering to the student who is able to learn better through videos, or working in groups. Digital technology, therefore, is not an end, but a means for the student to be able to learn  better and with a better quality.” Some Brazilian private schools have already adopted this model – such is the case of institutions like Colégio Dante Alighieri, in São Paulo Colégio Dinâmico, in Maceió, Colégio Loyola, in Belo Horizonte, and Colégio Pastor Dohms, in Porto Alegre.

Lilian Bacich coordinates an online course of teacher formation, which has already formed over 20 thousand professionals for this new strategy. “With blended education, teachers are able to alternate moments in which they keep their classes the way in which they used to teach, and students were used to attending,” she explains. “But they begin to transform some moments of their practice, their routine, into moments in which technology can be integrated in a way that makes sense, both for them and for their students.” And that happens in a practical way, with students being encouraged to produce videos, create collaborative blogs and develop applications.

Does it work? Yes, as long as the whole teaching structure is truly altered. “The technology potential for elementary school students is enormous, as long as it is not used to watch a video or playing video games. Children already do this sort of thing on their own,” says Bacich. “It is not about switching a lecture for a PowerPoint presentation, or a didactic book for a tablet.”

This is actually the major criticism towards blended learning or any other model which puts children into distance learning: the risk that this is a mere commercial strategy to reduce costs. After all, letting children watch videos at home reduces the demand for space, and changing teachers for tutors could be a strategy to reduce the quality – and the cost – of the labor force.

In an article published at The Washington Post, special reporter Valeria Strauss provides an example: “The Rocketship Foundation, one of the school chains growing more rapidly outside the United States, has set up a blended learning model for children since kindergarten. It mixes online learning with classroom activities to save US$ 500 thousand per year in teachers’ wages. To accomplish such a figure, the company cut their number of teachers by half and hired cheaper adults to supervision and monitor students in computer labs.

The United States is, indeed, the country which has been implemented more widely distance learning for students in high and elementary schools, says José Moran, retired professor of New Technologies at USP, one the founders of the Escola do Futuro (“Future School”) project, and a researcher of innovation projects in education. “Nowadays, over 280 students in elementary and high schools study online almost all the time at the United States, and results have been unsatisfactory,” he says. “When compared with traditional students, usually distance students do worse when it comes to Math and knowledge of their languages. This is the problem of adopting standardized packages for large numbers of students, and reducing costs by changing teachers for tutors.”

What works, according to professor Moran, is using technology, keeping students for most of the time at school. “Elementary education requires children to be closely oriented and accompanied. Schools with hybrid models, which use technology to improve the result of traditional education, tend to work better.”

The seven main models of blended education, according to Clayton Christensen Institute: