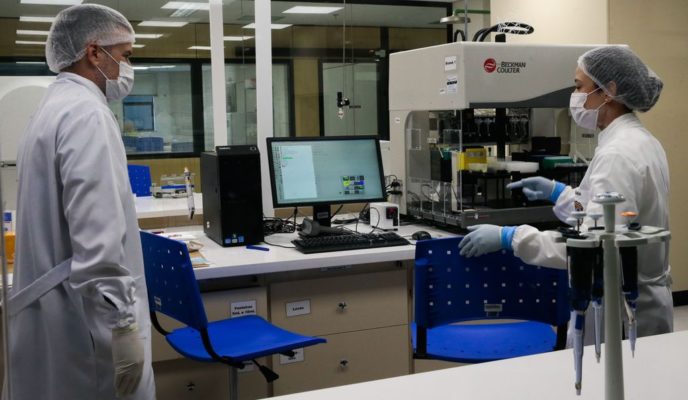 The Lower House of the Brazilian Congress has decided to leave out of the anticrime bill approved this week an expansion of a countrywide DNA bank advocated by Justice and Public Safety minister Sergio Moro, responsible for drafting the text of the bill and presenting it to the legislators. A prominent member of the Brazilian Federal Police’s Operation Car Wash taskforce publicly expressed his discontent with the changes made by the congressmen to the text of the anticrime bill which eventually was approved. São Paulo governor João Dória has expressed his wish to deploy body and car cameras on state police forces in order to curb police brutality and abuse, such as the one which the military police is accused of having committed during a botched raid in the middle of a street party in a crowded slum that resulted in the death of nine people. A Human Rights Watch report informed that more than 500 children have fled from Venezuela to Brazil without any parents or relatives; due to the overcrowding situation in the facilities available in the bordering state of Roraima, many of them have been living on the streets of local cities. Finally, Chilean president Sebastián Piñera, in his latest attempt to pacify the months-long protests which have been affecting his country’s major cities, has presented a bill aiming at reducing the number of congressmen and senators in the Federal Parliament.

The Brazilian National Genetic Profile Database, which registers DNA samples of people convicted of violent or heinous crimes, after its expansion in 2019 helped to solve cases so far held to be unsolvable. Justice and Public Safety minister Sergio Moro managed to reach his 2019 goal of collecting 67 thousand genetic profile samples. These results, however, did not convince the congressmen who approved the anticrime bill sent by Moro to Congress on Wednesday; the text was altered to exclude this particular item from the bill. Moro criticized this change and claimed it was either made out of lack of understanding or sheer ignorance.

Roberson Pozzobon, a Brazilian federal prosecutor and member of the Federal Police’s Operation Car Wash taskforce, used his social media accounts to complain about the changes made to the anticrime bill approved by the Lower House of Congress. The prosecutor criticized the removal of items such as the possibility to jail convicts who lose their second appeal and plea bargains from the final text, and the insertion of restrictions to cautionary measures, such as preventive arrests. The author of the bill, Justice minister Sergio Moro, said he will resend all rejected items to Congress in a new bill to be drafted next year.

After the death of nine people in the Paraisópolis slum during a botched police raid, São Paulo governor João Dória wants to deploy cameras on the uniforms and cars of military police officers to supervise their operations. Dória declared himself shocked after watching a video showing brutal aggressions against civilians during a raid at a street party in which officers claimed they were chasing two people on a motorbike who allegedly fired against them. “If there were flaws, and they are identified, those who committed them will be punished,” he declared at a press conference.

Over 500 children fled on their own from Venezuela to Brazil

A report released on Thursday by Human Rights Watch based on information from the Federal Public Defender’s Office has shown that at least 529 Venezuelan children and teenagers crossed the border between their country and the state of Roraima by themselves. Also according to the report, almost 90 percent of them are between the ages of 13 and 17, and many declared leaving the country on their own, fleeing from situations of abuse and extreme poverty in Venezuela. Most of these children have been taken to Roraima’s two overcrowded shelters, but ever since a recent legal decision prevented them from hosting any new migrants, many of them have been living on the streets.

Yesterday, Chilean president Sebastián Piñera presented at the Chilean parliament a bill which aims at reducing the number of congressmen and senators in the country, in another attempt to cater to the demands of the thousands of demonstrators who have been staging protests for months in the main Chilean cities. Secretary-General of the Presidency Felipe Ward said the measure will result in an annual economy of around 5 billion pesos. If approved, the bill would reduce the number of senators from 43 to 40, and the number of Lower House congressmen from 155 to 120. Piñera added that the measure could be extended to other branches of government.