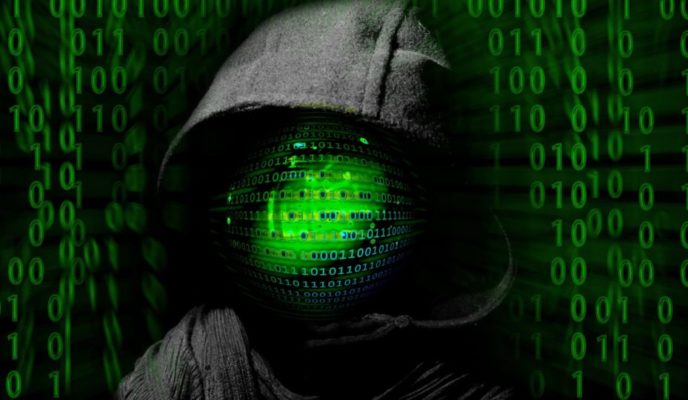 Dogolachan is an internet forum which protects anonymity and functions in the Deep Web, a part of the internet which cannot be accessed by traditional users

When they began to plan their invasion of the Professor Raul Brasil State School, in Suzano, Guilherme Taucci and Luiz Henrique de Castro relied on a network of support and information. It is Dogolachan, an internet forum which protects anonymity and functions in the Deep Web, a part of the internet which cannot be accessed by traditional users.

There are indications that a message sent to the forum’s administrator, known by the username DPR, was written by Guilherme: “Many thanks for all advice and orientations, DPR. We hope from the bottom of our hearts we won’t commit this act in vain. All of us, and, especially, our room, will be mentioned and remembered. We were born flawed, but will depart as heroes.”

Dogolachan users, by the way, celebrated the Wednesday massacre. And the administrator DPR, whose identity is not known, posted a text claiming he had been contacted by Luiz, who wanted to purchase a .22 caliber gun. He wrote about Guilherme: “a good kid, who ended up finding out in the worst way possible that plays can become real nightmares.”

This parallel universe which stimulates prejudice and violence is organized according to a well-defined hierarchy, and uses its own glossary of terms. Here are the ten most common expressions used by people like the two young men who committed the massacre in the Greater São Paulo city.

1 Dogolachan: The forum accessed by the authors of the Suzano attack was founded in December 2013 by Marcelo Valle Silveira Mello, arrested in 2018 and sentenced to 41 years, six months and 20 days in jail for, among other crimes, criminal conspiracy and incitement to commit crimes. After his arrest, the forum was transferred to the Deep Web. Users don’t have to log in nor provide any form of personal information. They usually plan, discuss and praise acts of violence, especially against women – but they also defend neo-Nazism and pedophilia. The forum has a mascot, the image of a dog, called Dogola by its creator.

2 Psycl0n: Nickname used by Marcelo Mello within Dogolachan. An IT student, he has been encouraging violent acts and the publication of images of murder and pedophilia since 2005, when he was active in the social network Orkut. In 2009 he became the first Brazilian to answer for racism crimes on the internet. He was allegedly in touch with Welligton Menezes de Oliveira who, in 2011, killed 12 children at the Tasso da Silveira Municipal School, in Realengo, Rio de Janeiro. Arrested since 2012, Marcelo was released in 2013, and detained once again in 2018, when he was living in Curitiba. He threatened and attacked for several years the Argentinian Dolores Aronovich, a professor at the Federal University of Ceará who holds a Doctors Degree in English and spent years denouncing Marcelo’s practices. The actions of Dolores, known as Lola, inspired law 13,642/2018, sanctioned last year, authorizing the Federal Police to investigate misogyny on the internet.

3 Kyo: nickname used by André Luiz Gil Garcia, who frequented – and, for a few months, administered – Dogolachan. On June 16, 2018, he harassed a 27-year-old woman, Luciana de Jesus do Nascimento, at a street in Penápolis (SP). When she tried to run, she was shot in the back. Surrounded by the police, André, who was 29 years old at the time, killed himself with a gunshot to the chest. Members of the forum regretted Kyo had been unable to purchase more weapons in order to kill more women before committing suicide. His name keeps being mentioned as an example of heroism.

4 Chan: it is the name used to describe internet forums used by anonymous users, who take advantage of this anonymity to spread hate discourse. They appeared in Japan around the 2000s, and now are popular throughout the world. Usually, posts disappear after a few days, and are not stored in any server. Among Brazilian chans, the most notorious are 55chan (which doesn’t allow women) and Magochan (used by virgin boys).

5 Channers: how chan users identify themselves. To prevent the access of newbies or curious users, they use an extremely particular vocabulary, full of acronyms and slangs, such as “ancientfag” (“an ancient member”), “baw” (“weeping”) and “TL:DR” (“too long, didn’t read”) . To illustrate topics without denouncing the content being discussed, users use the so-called imageboards – drawings which usually refer to mangas, with no relation to the topic being discussed

6 Falhos (“failed” or “flawed”): Guilherme Taucci and Luiz Henrique de Castro considered themselves “falhos”. The slang refers to weak, needy, spoilt people, with no intelligence or maturity. Usually, such users have a history of being bullied in their neighborhoods or schools, and are lonely and isolated. Many of them claim they want to commit suicide – usually, other channers suggest that, before taking their own lives, they should try to take with them the biggest possible number of people. “Take the scum with you” or “take the cattle with you” are suggestions often made to those who want to kill themselves.

7 Atcvm Sanctvm: an attempt to translate into Latin the expression “holy act”, capable of regenerating the “failed” ones. It usually refers to acts of justice, including the Suzano and Realengo massacres. Those who commit it are considered heroes for other chan members.

8 Jorges: the expression appeared in 2008, at a Chilean TV talk show, when a boy called Jorge, spoiled and recluse, complained about his mother claiming he wanted to be “hardcore”. To be a “Jorge”, then, is to make clearly ridiculous attempts to be radical or violent.

9 Incel: the acronym indicates “involuntary celibates”, referring to people who, out of shyness, depression, or rejection from girls, were unable to lose their virginity, and blame both women and sexually active men for that. The most recent case of an attack provoked by an “incel” was made by Canadian Alek Minassian, who used in April 2018 a van to run over a group of pedestrians in Toronto. He wrote a post in his Facebook account praising Elliot Rodger, an “incel” who, in 2014, had shot and stabbed to death six people in California.

10 Chads and Stacys: the “incel” use these expressions to refer to men and women, respectively, whom they consider to be attractive, charming, and sexually active. Women usually are called “femoids”, and regular men, “normies”. All of them, at some point, may be targeted by “channers”.