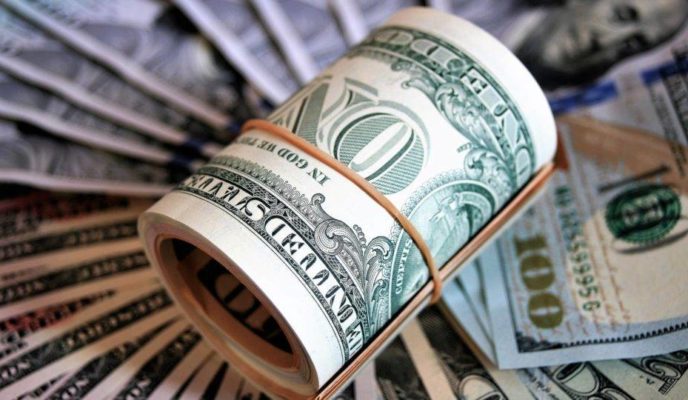 The US dollar hit a record high in Brazil, closing at R$ 4.20 on Monday, its highest nominal value in history. Iran’s Revolutionary Guard, the country’s elite military force, has promised to deploy “decisive action” against protesters who have taken to the streets against the government’s recent decision to increase fuel prices. Brazilian president Jair Bolsonaro has declared he will be the president of his new party, Alliance for Brazil, even though he is yet to obtain the 490 thousand signatures in nine states in order to demand an official petition to officially sanction the political entity. South American aviation giant LATAM will launch a new weekly flight between São Paulo and the Falkland Islands, after winning a bidding competition conducted by both the British and Argentinian governments. Finally, house-sharing giant AirBNB will sponsor Tokyo’s Olympic Games organizers in order to provide housing facilities.

The dollar hit a nominal high and closed at R$ 4.20 on Monday. At 5 p.m., with the closing bell on sight, the dollar went up by 0.30 percent and hit 4.2061 at the sale exchange rate. According to Reuters, this was caused by the lack of expectation of a considerable amount of short-term capital injection, after the frustration generated by the lack of foreign presence at Brazil’s recent pre-salt auction, as well as the recent trade divisions between the United States and China. The figure, however, is far below the historical record registered in 2002, during Lula’s presidency, when the dollar reached R$ 4 – which, adjusted to today’s inflation rates, would be equivalent to R$ 10.80.

Iran’s most powerful security force threatened anti-government demonstrators this Monday with “decisive action” after two days of protests over fuel price raises, indicating the beginning of a potentially brutal repression while authorities struggled to restrain agitators. The country’s Revolutionary Guard Corps, an elite military force, said it would take “a decisive and revolutionary action against any continued moves to disturb the people’s peace and security,” according to a statement released by the state-owned media. The warning came as the government restricted internet access in the country, without making it clear when this restriction would be lifted.

Bolsonaro admits he may be president of his new party, Alliance for Brazil

On Monday, Brazilian president Jair Bolsonaro reckoned he might become president of his new party, Alliance for Brazil. The party is scheduled to be officially created in a convention with other former PSL members on Thursday in Brasília. Out of the 53 PSL congressmen who were elected along with Bolsonaro, 27 are expected to follow him to the new party. Bolsonaro still faces a challenge: he needs to obtain 490 thousand signatures of supporters in at least nine states; however, he claimed he intends to collect these signatures digitally, something which isn’t yet allowed by Brazilian law.

Starting on Wednesday, LATAM will launch a new weekly flight between Guarulhos Airport, in São Paulo, and Mount Pleasant Airport, in Stanley, capital of the Falkland Islands. LATAM will deploy Boeing 767 aircraft, able to carry 191 passengers in its Economy class and 30 in its Premium, during a five-hour and five-minute flight. The company was chosen in December 2018 after a bidding competition conducted by the Argentinian and British governments. The archipelago, known as “Islas Malvinas” by Argentina, is officially owned by the United Kingdom but claimed by the Argentinian government.

AirBNB will sponsor Olympic Games until 2028

On Monday, short-term rental company AirBNB closed a deal with the International Olympic Committee (IOC) which will last from next year’s Tokyo Olympic and Paralympic Games, until 2028, in order to provide accommodation for athletes and team officials and relatives during all competition- and training-related trips. The partnership does not aim at replacing the famous Olympic Villages, which are known for hosting athletes taking part in the competitions, but was set up to enable accommodation opportunities for athletes, team officials and their family members and guests, while reducing the need to build new hotels.