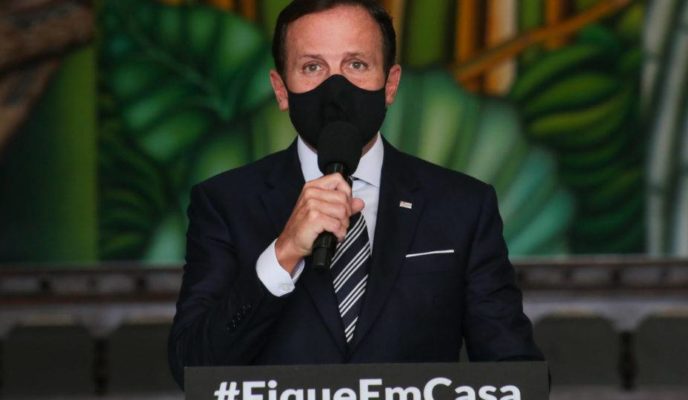 Yesterday, the governor of the Brazilian state of São Paulo, João Doria, announced that an experimental vaccine against COVID-19 produced by a Chinese laboratory will begin to be texted next month on human volunteers. In an attempt to improve his relationship with the media and the public in general, Brazilian president Jair Bolsonaro has decided to recreate the Ministry of Communications, and appointed congressman Fábio Faria to head it. Members of indigenous tribes in the state of Amazonas have denounced the spread of COVID-19 to members of isolated peoples in the region, and claimed that government health agents were helping to spread the disease. The United States has officially crossed the two million mark of people contaminated with COVID-19, as the country is bracing for a second wave of the disease, after recent attempts to reopen the economy. The Argentinian government is also expressing such concerns, after witnessing a sudden rise in the number of infections at the same time the city of Buenos Aires began to gradually lift its social distancing restrictions.

The governor of the Brazilian state of São Paulo, João Doria, announced yesterday a partnership between the Butantan Institute and the Chinese laboratory Sinovac Biotech to produce an experimental vaccine against the novel coronavirus. In a press conference, Doria said that the anti-COVID-19 drug is already in its third stage of testing, the final one before its distribution, and could be readily available for the population by June 2021. The technology transfer agreement establishes São Paulo’s participation in clinical trials of the vaccine, with nine thousand Brazilian volunteers, beginning next month. “This is a historical day for São Paulo and Brazil, as well as for the scientific world,” said Doria. Meanwhile, US multinational Johnson & Johnson announced it will anticipate all its vaccine trials in humans to July this year.

President Jair Bolsonaro decided to recreate the Ministry of Communications, an area considered to be strategic by several previous Brazilian governments, especially during the military dictatorship. By doing this, Bolsonaro aims at solving what he considers to be a current chokepoint in his administration, the relationship with the media; during a live broadcast yesterday, he said he would “try to improve the government’s communication. The president appointed Rio Grande do Norte federal congressman Fábio Faria, currently in his fourth term, to head the ministry. Faria is married to Patricia Abravanel, daughter of famous TV host Silvio Santos, who owns SBT, one of Brazil’s largest television networks and a notorious supporter of the current government, and his family ties have been mentioned by Bolsonaro as one of the reasons behind his appointment.

Health agents could have taken COVID-19 to isolated indigenous peoples

Members of indigenous tribes from the Javari Valley, in the westernmost regions of the Brazilian state of Amazonas, where most of the isolated and recently-contacted peoples in the world are located, claim they have been contaminated with COVID-19 by government health agents. At least 20 members of these peoples have contracted the disease, according to state government authorities. The Ministry of Health has denied the claim, and stated that the region is “marked by the constant passage of traders and fishermen.” After the accusations, however, the Federal Prosecutor’s Office requested the adoption of measures such as the urgent purchase of medical supplies and the provision of adequate quarantine facilities for those infected with the novel coronavirus.

In the United States, where the process of reopening the economy is already at an advanced stage, fears of a second wave of novel coronavirus cases are worrying experts. According to The Washington Post, fourteen states, as well as Puerto Rico, have registered an increase in the number of COVID-19 cases diagnosed in the last seven days. According to a study by Johns Hopkins University, which has been compiling the number of cases all over the world, the US has already reached the milestone of two million infected people. In Houston, Texas, the local government warned it is ready to reintroduce social distancing rules, since the number of hospital admissions is on the rise, and the state of California, the country’s most populous, has confirmed 105 deaths within 24 hours, the highest number in three weeks.

After a strict 80-day-quarantine period, the Argentinian government has decided to reopen streets and parks in the country’s capital, Buenos Aires, for outdoor activities. The scenes of throngs of people crowded with no masks made president Alberto Fernández write an alarming message to the city’s mayor, Horacio Rodríguez: “This is bad, it can’t go on.” Daniel Gollán, Health secretary of the Buenos Aires province, warned against a full-scale reopening: “If the quarantine is suspended, in 15 or 20 days we will begin to witness the same scenes we saw in New York, Manaus, Italy, and Spain, with piles of dead bodies.” Argentina registered yesterday a new daily record of infections, 1,226 people.