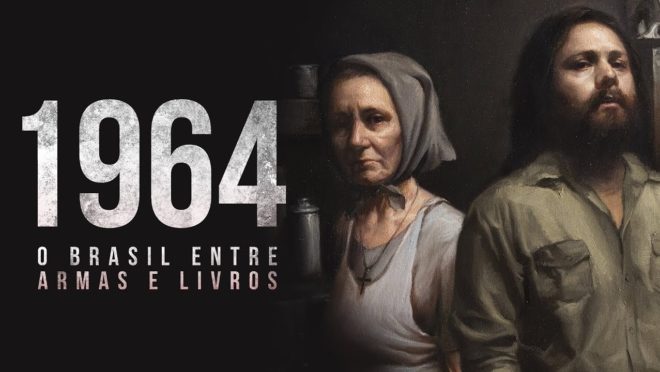 Leftist events are commonplace in public universities. When conservative students and professors try to schedule events, however, they are not always successful

Debates, public classes, and film sessions are commonplace in public universities. On April 10, for instance, the University of Brasília (UnB) welcomed the president of the Workers’ Party (PT), Gleisi Hoffman, the leader of that party in the Lower House, Paulo Pimenta, and the president of the party in Brasília, Erika Kokay, for a public class against the social security reform.

On April 5, Partido Socialismo e Liberdade (PSOL) federal congressman Marcelo Freixo was at the front door of the Law School of the Federal University of Rio de Janeiro (UFRJ), to present strategies and fight the government of the current president.

When conservative students and professors try to schedule events, however, they are not always successful. In November 2017, the exhibition of the documentary “O Jardim das Aflições” (“The Garden of the Afflictions”), about philosopher Olavo de Carvalho, was barred by the office of the dean of the Federal University of Bahia (UFBA) – the students had requested a room, and when they were informed they would not be authorized to use one, they went on to screen the movie outside the Dean Macedo Costa Library, in Salvador. One month earlier, in Recife, an attempt to screen the same movie ended up in a brawl.

The same thing happened with the documentary “1964: O Brasil entre Armas e Livros” (“1964: Brazil between Guns and Books”). After the Cinemark movie theater chain refused to screen the movie, several universities banned initiatives from students and professors from screening the production, which has been uploaded on YouTube and is about to reach 5 million views. There were at least five attempts to censor it – and, in the two times in which the film eventually was screened, the audience was threatened.

Federal University of Mato Grosso do Sul (UFMS): a group of students booked a room to screen the movie on Friday, the 12. Afterward, according to organizers of the event, the authorization was denied – the professor in charge of reservations informed the event had been canceled claiming “it is not worth to wear down our image by showing a video that doesn’t add anything.” Our news team tried to contact the institution, which informed: “the university had no involvement with the organization nor with the cancellation of the screening of the documentary. Our sector responsible for the facilities of the institution did not register the booking of our internal spaces to hold the event.” In August 2017, the institution had authorized the screening of the movie “The Young Karl Marx”.

Federal University of Bahia (UFBA): the Economy School planned of holding a session of the documentary, but their reservation of the institution’s auditorium was suspended, and the school directing board summoned an extraordinary meeting to discuss what they called “a one-off problem”. The university declined to answer any questions we sent.

Federal University of Grande Dourados (UFGD): the office of the dean of the institution revoked the authorization to screen the movie on April 7, at 1 pm. The argument was “the cautionary power of the public administration and the clear risk to the physical integrity of the academic community and the heritage of UFHD.” The press office of the institution informed: “The movie was not screened after a recommendation by the Federal Public Defender’s Office.” In a statement sent to the office of the dean of the university, the organ claimed: “It is indeed up to the Federal Public Defender’s Office, according to article 134 of the Constitution of the Republic, ‘as an expression and instrument of the democratic regime’, the crucial task of realizing ‘the promotion of human rights’, and thereby not to remain inert in face of the evident risk posed to public safety and the academic environment made evident in the present case.”

Federal University of Maranhão (UFMA): on April 9, the Superior Collegiate of the institution released a statement suspending the screening, scheduled to be held on April 12, from 4 pm to 7:30 pm, “according”, as the text read, “to the request made by representatives regularly constituted of the Academic Centers and Unions, aiming to protect the safety of the teaching, student, and technical-administrative body of the institution.” The organizers were never even informed of the decision: they became aware of it because one militant celebrated the canceling of the event on social media.

Federal Rural University of Pernambuco (UFRPE): in the Serra Talhada campus, the attempt to screen the movie received, in social networks, reactions such as: “Whoever attend or help in the screening of the despicable screening of this movie will suffer consequences.” The documentary was not exhibited. The university declined to comment on the subject.

Federal University of Paraíba (UFPB): two liberal entities, Instituto Tropeiros and União dos Estudantes Livres, held a screening of the movie on the evening of April 2. Posters announcing the session were torn through the week. During the whole session, a group of 20 students forced their way into the screening room and, screaming, tried to prevent the audience from watching the movie. UFBP declined to answer to any request for information.

State University of Londrina (UEL): a group of militants tried to prevent the screening of the movie – a video of their protest shows a young woman dragging a shovel. At the end of the screening, spectators were prevented from leaving the classroom where the documentary was shown; the demonstrators were lined up along the hallway. The Military Police was called to intervene and ensure the safety of the students, who were able to leave, under offenses. In a statement, UEL informed: “The administration of the university acted previously aiming at guaranteeing the realization of the activities, and followed through the whole day their realization, ensuring the free manifestation of the different groups, respecting the safety and physical integrity of all.”