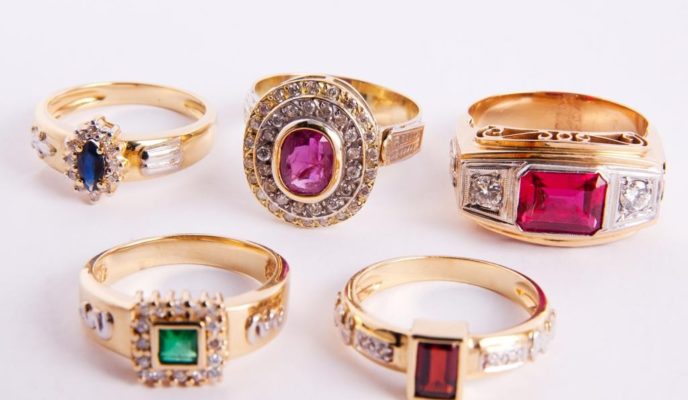 What do snakes, scales, arrows and Greek letters have to do with graduations?

Symbols help to create a feeling of belonging in any human grouping. It’s the same in universities. But what do snakes, scales, arrows and Greek letters have to do with the courses? Here’s what justified some of these choices.

The staff with a winged helmet and surmounted by two snakes is known as Mercury’s (or Hermes’) caduceus. The Accounting Federal Council mentions Juan-Eduardo Cirlot, author of “A Dictionary of Symbols”, to explain the origin of the symbol. Mythology tells us that the messenger god threw his staff between to fighting snakes, so they would intertwine and adopt a more friendly posture. This posture of intermediation was associated throughout history with commerce and trade relations, making Mercury the god of tradesmen. Therefore, it did not take much for the Caduceus to be adopted to represent Accounting courses. The similarity with the Medicine symbol causes them to be often mistaken for one another.

Justice, and, consequently, Law courses, are symbolized by a feminine blindfolded figure, carrying on her hands a sword and a scale. According to jurist Tércio Sampaio Ferraz Júnior, quoted by the Federal Supreme Court, the woman is Diké, or Iustitia, daughter of Zeus and Themis. The sword and the scale are associated with punishment and equality, essential elements in all legal theories. Even though the image became standard, the goddess of Justice was not represented in that way in ancient Rome and Greece. Diké has only a sword in the Greek version, and is only blindfold in the Roman one.

Probably the most Brazilian of all academic symbols. It was created after a contest held by the Federal Business Council in 1979. Out of 309 proposals, the winning project was developed by Curitiba agency Oficina da Criação. The symbol is filled with meanings; the central arrows indicate a common goal, and the disposition of the geometric shapes is associated with the actions of organizing, guiding, coordinating, judging and planning.

In the logo of the World Health Organization or the Federal Medicine Council is the serpent wrapped around a rustic staff – symbol of the Staff of Asclepius’ (or Aesculapius’), the god of medicine. In the mythological version mentioned in the article “Do Bastão de Esculápio ao Caduceu de Mercúrio” (“From Aesculapius’ Staff to Mercury’s Caduceus”), written by doctor Paulo Roberto Prates, Asclepius was son of Apollo, raised by the centaur Chiron, in charge of teaching the boy how to heal people. Asclepius quickly gained the ability to heal even the dead. The serpent was associated with a Greek belief that snakes were endowed with great wisdom. According to an article by doctor João Bosco Botelho, the serpent’s ability to shed its skin associated the animal to healing.

There is more than one version for the use of the Greek letter “Psi” to symbolize Psychology. According to the study “A letra Psi enquanto símbolo da Psicologia” (“The letter Psi as a Symbol of Psychology”), by psychologist Claudio Drews, the use of the letter was once associated to the trident of Poseidon, Greek god of the seas, and to the trio of theories called behavioral, phenomenological and cognitive. Drews, however, consider more believable a more simple origin, associated with the etymology of the word ‘psyche’ (“soul”), which in the Greek alphabet is expressed as ψυχή. Since the word “psychology” only became popular in the 18th century, it is possible that the first people who studied the subject also opted to use the first Greek letter as a way to shorten the term.

The symbol used by veterinary doctors was the drawing which won a contest held by the Federal Veterinary Medicine Council in 1994. Just as in medicine, the staff and the serpent are symbols of Asclepius, god of the art of healing in Ancient Greece. The staff placed in the center represents a tree branch, symbolizing the forces of nature and its healing powers. The serpent represents the wisdom and prudence used to preserve and regenerate health. The letter “V” represents the profession itself. The snake wrapped around a staff, circled by a ring, is also a symbol of Odontology.

With several elements, the symbol of economists is explained by the Federal Economy Council. The group of acanthus leaves placed over a cornucopia – a vase shaped like a horn with fruits and flowers inside it, which represented fertility in the Greco-Roman mythology – signifies the science of administering well goods. Acanthus represented wealth in Hellenic art. The globe alludes to the worldwide scope of the profession, and the cogwheel symbolizes industry, the most advanced stage in the production of goods.

Launched in 2003 by the Brazilian Association of Tourismology and Tourism Professionals, the symbol of the profession is made up of a moving globe, with Brazil highlighted. It symbolizes the professional acting in a globalized world, and its challenges. The profession of tourismologist was officialized in Brazil on January 12, 2012, by Law 12,591.

There is no universal Engineering symbol. Gears, pulleys and measuring apparatuses are used in several countries to refer to the profession. In Brazil, the Federal Engineering Council and many university courses use the image of the goddess Minerva inserted in a frame shaped like a gear. Informally, many attribute the composition to the characteristics of the Latin goddess. Minerva symbolizes wisdom, but is also a warrior – therefore, she wears armor, helmet, and carries a spear and a shield – and is an expert in manual arts. Ingenious, the goddess is depicted as a great inventor and inspiring men in their creative projects.

The owl is usually used to represent Pedagogy and Philosophy courses – even though there isn’t any official symbol for these professions. In Greek mythology, the owl represents wisdom, since it is the animal which symbolizes the prudent goddess Athena. Some also say that the animal’s characteristics have contributed to this relation: ponderation, calm, and large eyes to acquire knowledge. The owl’s nocturnal activities was another indication for the Greeks of its relation to intelligence, since the night was considered a period more appropriate for reflection.