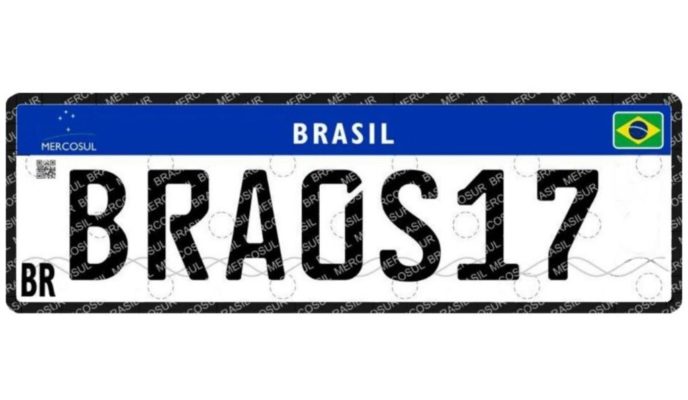 After a new postponement, state DMVs must adopt the new system by the end of December

The National Traffic Council (CONTRAN) stated that the Mercosur-standard license plates will begin to be used throughout Brazil still in 2018, after a December 1 deadline was once against postponed.

Each state will have a specific deadline throughout this month. Rio de Janeiro, the only state which was already using the new system, is the first one where the new standard will be mandatory, starting on Monday (3).

In the state of São Paulo, which has the country’s largest vehicle fleet, the deadline is scheduled for the last day of the year.

Here are the deadlines for each state and the Federal District (DF):

The Mercosur model will be mandatory for brand-new vehicles, vehicles exchanging its municipal or property registration, and other situations which involves damages or the replacement of the license plate, vehicle category change, as well as, obviously, those who wish to change their license plates out of their own volition.

The announcement of the Mercosur-standard license plate was made in 2014, and even since its implementation became a drama, and has already been postponed three times.

After being enforced in Rio on September 11, the decree was suspended in October by a preliminary injunction requested by the Santa Catarina license plate manufacturers association, but this injunction was vacated at the same time by the Supreme Court of Justice (STJ).

In the most recent chapters of the story, there was a size adjustment authorization if license plates do not fit in the spaces destined for them in the vehicles (of up to 15 percent), and the removal of the coat of arms and the flag.

Besides, the holographic band on the left side had to be removed, the seal, and, temporarily, the electronic chip (which, among other functions, will allow the tracking of the vehicle).

The system will have different colors for number and letters, according to the kind of use the vehicle is destined.

How are the new license plates?

The new license plates, already used in Argentina and Uruguay, always have a white background, with four-letter and four numbers combined.

The difference between categories is the color of the font: in black for standard private cars, red for commercial vehicles; official cars in blue; testing cars, in green; diplomatic cars in gold, and collectors’ ones in silver.