Fale a língua do mundo. Faça Wise Up.
Fri 26 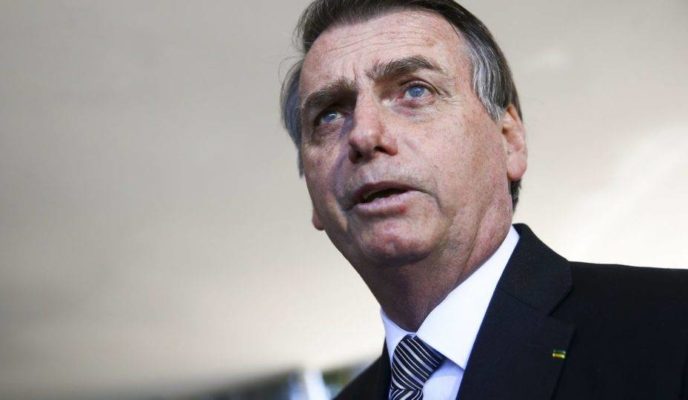 Eleven opposition congressmen have filed a petition along with the Federal Prosecutor’s Office against Brazilian president Jair Bolsonaro, accusing him of racism against the people of the Northeastern region, after some controversial statements. Pope Francis appointed a Brazilian journalist as deputy director of the Vatican Press Office, the second woman to occupy the position and the first person from Latin America to do so. A United States Senate Intelligence Committee report claimed that Russia’s interference in the last presidential elections affected all 50 US states, adding that the government’s response was inadequate and that this may continue in the 2020 elections. North Korea’s government released a statement confirming that their new missile tests were an answer to South Korea’s recent military exercises and newly-developed weapons, further increasing tension in the region. Finally, the capital of Austria, Vienna, has been voted for the tenth consecutive year as the most liveable city in the world by consulting firm Mercer – a status which has been confirmed by a similar ranking published by UK magazine The Economist.

Federal congressman from Maranhão Márcio Jerry, along with ten members of the opposition in Congress, from several Northeastern states, have petitioned the Federal Prosecutor’s Office to open an investigation against Brazilian president Jair Bolsonaro for the crime of racism after he called people from that region “paraíbas” and “pau de arara”. The first term refers to a pejorative nickname used to describe Northeasterners in general in Rio de Janeiro, whereas the second refers to a truck used to transport poor workers from the Northeast to sugarcane plantations.

Yesterday, Pope Francis appointed a Brazilian as vice director for the Vatican Press Office. 57-year-old Cristiane Murray was born in Rio de Janeiro and has worked in the Brazilian section of the Vatican Radio since 1995. She will play her new role alongside Italian-born Matteo Bruni, appointed as head of the Press Office on July 18th. These offices are informally called “spokesperson” and “vice spokesperson” of the Pope, and it is the first time someone from Latin America will be in charge of these duties. She will be the second woman to occupy the position, after Spanish journalist Paloma García Ovejero, who resigned last December.

Russians may have affected electoral systems of all US states, says Senate

The United States Senate Intelligence Committee said in its new report concerning Russia’s interference in the 2016 presidential elections that the electoral systems in all 50 states in the country may have possibly been affected somehow, that the federal government failed to warn their governors about the threat, and that this vulnerability will still exist during the 2020 campaign. The report, which is partially confidential, claims that the Russian interference began in 2014 and continued until at least 2017, and, although it presented  no evidence of ballot tampering, states that the federal government’s answer was “unsatisfactory.”

The North Korean government said today that their test of a “new kind of guided tactical weapon”, supervised by dictator Kim Jong-un himself yesterday, was a demonstration of their power and a “solemn warning for South Korean warmongers.” The statement is a clear sign of the deterioration of the relations between both neighboring countries. The North Korean Central News Agency reported that the launch was an answer to joint exercises between United States and South Korean armed forces, and to South Korea’s presentation of “ultramodern offensive weapons.” Kim also claimed he is committed to developing and testing his country’s own weapons systems.

Austria’s capital, Vienna, the city which has been the seat of the mighty imperial house of the Habsburg(s) for over 600 years – from the 13th to the 20th century – has been crowned for the 10th consecutive time ‘the best city to live in the world, according to consulting firm Mercer’s annual global ranking, which assesses cities throughout the globe based on quality of life. The ranking takes into account 39 factors, such as sociocultural, political and economic environment, leisure, and real estate market, among others. A similar ranking published by British magazine The Economist also placed Vienna ahead of all other cities in the world.