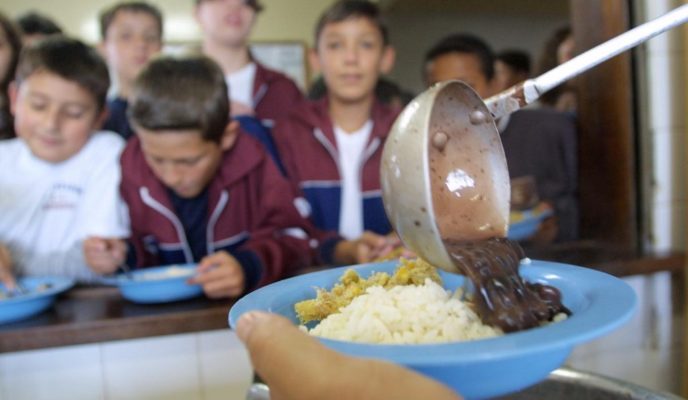 Bill by senator Roberto Rocha (PSB-MA) wants to toughen sentences for such forms of embezzlement. The bill’s rapporteur, however, from PSDB, disagrees

The embezzlement of funds for the Bolsa Família (“Family Aid”) program and school lunches may be considered a heinous crime in Brazil. At least that is what has been established by a bill by senator Roberto Rocha (PSB-MA), currently being discussed by the Senate’s Justice and Constitution Commission (CCJ). The bill also stipulates sentences from four to fourteen years in jail and a fine for those who responsible for such offenses. The text is facing, however, opposition from its rapporteur, senator Antônio Anastasia (PSDB-MG).

Rocha is using two Federal Police operations to justify his bill. The first one, from 2014, revealed a defrauding scheme in the purchase of school lunches for public schools in Alagoas. According to Rocha, out of the R$ 42 million transferred to the state between 2013 and 2014, 10 percent was allegedly embezzled by businessmen, as well as school’s principals and employees.

The senator also mentioned Operation Iraxim, from the same year, by the São Paulo Federal Police, which disclosed federal funds destined to school lunches in the municipality of Jandira. According to the senator, R$ 2.5 million were allegedly embezzled in four years.

The congressman also mentioned the Bolsa Família program in his justification. “Stealing from these families in extreme poverty is taking away from them their entire dream of survival, and a more dignified living,” says Rocha.

Rapporteur does not agree with the change in status

The rapporteur assigned by the Senate to the bill is Antônio Anastasia (PSDB-MG). He agrees with the sentences proposed by Rocha, but suggested that the crimes should not be considered heinous.

“Heinous crimes, allegedly those who are the more despicable, the most repugnant ones, are not worthy of grace, pardon, amnesty, or bail, and are characterized by a rigorous criteria for any reduction of jail-serving time,” analyzed Anastasia in his report.

For the PSDB politician, the inclusion of more types of crimes in the list of those considered heinous “would make this category commonplace, removing from it the character of exceptionality which justifies the rigorous sentence-serving regime to which are submitted those who commit these sort of crimes.”

“We understand that the list of heinous crimes should be preserved, in order to contain only those behaviors considered to be extremely grave, which effectively cause social repugnance and attack those values which are most dear to each individual,” justified Anastasia.

The bill will be analyzed by the CCJ, and then will be voted in the Senate floor. If it is approved, it will be sent for the Chamber of Deputies, where it will then be analyzed and discussed.