Fale a língua do mundo. Faça Wise Up.
Tue 30 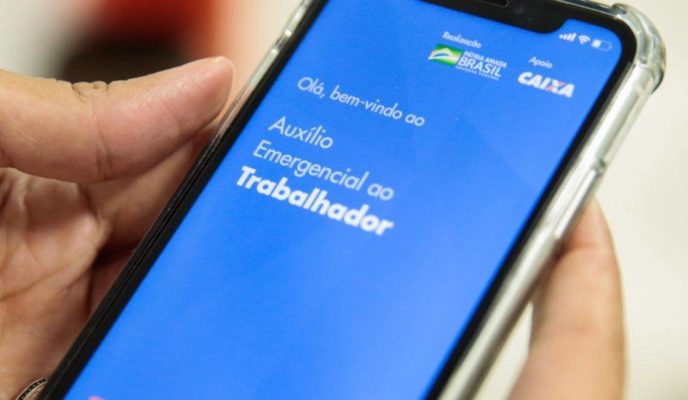 Paulo Guedes, Brazil’s Minister of Economy, has declared that the emergency aid paid by the federal government due to the novel coronavirus pandemic, will be extended for three months. An operation held today by the Brazilian Federal Police targeted the governor of the state of Amazonas, Wilson Lima, and several other members of his cabinet. The investigation is targeting, among several crimes, the overcharging of public health equipment to treat COVID-19 victims. The United States has decided to revoke some trade privileges which had been previously granted to Hong Kong, after a newly-approved law by China’s central government is threatening to curb the former British colony’s autonomy. A new strain of the H1N1 virus carried by pigs, which causes a deadly flu, has been identified by scientists in China, which claimed it could be spread to humans and has a “pandemic potential”. Finally, the Chinese government has greenlighted the testing of a vaccine which has been obtaining positive results on members of its armed forces.

Emergency aid to be extended for three months, says Guedes

Brazilian Economy minister Paulo Guedes has assured that the emergency aid paid by the federal government for people in need due to the novel coronavirus pandemic will be extended for three months by a presidential decree. Guedes did not specify what will be the amount to be paid, nor how these expenses will be covered in the budget of the federal government, but all indications are pointing towards the maintenance of the current R$ 600 payment. The official announcement is scheduled to be made this afternoon, by president Jair Bolsonaro, at a ceremony in the Planalto Palace.

An operation held by Brazil’s Federal Police today targeted the governor of the state of Amazonas, Wilson Lima, in an investigation on overcharging in the purchase of health equipment destined for public facilities amidst the COVID-19 pandemic. Among the investigated crimes are conspiracy, corruption, bid rigging, and misappropriation of public funds. The Federal Police had requested to justice Francisco Falcão, of the Superior Court of Justice, an arrest order for the executive head of the state, but the judge denied it. Eight arrested warrants of state government members were served, and R$ 2.9 million in assets from 13 people and companies were frozen.

US revokes some trade privileges for Hong Kong

The White House has revoked some privileges previously granted to Hong Kong, claiming the former British colony is losing its autonomy due to the interference of China’s central government. On Monday, shortly before the new national security law was signed by Chinese president Xi Jinping, United States Secretary of Commerce Wilbur Ross said in a statement that Beijing’s approval of the new legislation is increasing the concerns of the American government that “sensitive US technology will be diverted to the People’s Liberation Army or Ministry of State Security,” therefore further undermining the territory’s autonomy.

A new virus with a “pandemic potential” has been identified by scientists in China. It is a new strain of the H1N1 flu carried by pigs, but allegedly able to infect humans. Researchers from the China Agriculture University, who made the discovery, are concerned that it could mutate further so that it could be spread easily from person to person, therefore triggering a global outbreak. In a study written in the journal Proceedings of the National Academy of Sciences, the scientists explained that this new strain, called G4, is worrisome, since its nucleus is the same as the one present in the avian flu virus, but added that measures to control the virus in pigs, as well as the close monitoring of swine industry workers, will be swiftly implemented.

China to test potential COVID-19 vaccine in its military

On Monday, China approved for the internal use by members of the country’s military a potential vaccine for the novel coronavirus developed by its Academy of Military Science along with biopharmaceutical company CanSino Biologics. According to a statement released by the company, the vaccine, called Ad5-nCoV, has a good safety profile and the “potential to prevent diseases caused by SARS-Cov-2”, the official name of the virus which causes COVID-19. According to CanSino, the vaccine successfully underwent the first and second stages of clinical trials, which were published in the scientific journal The Lancet.