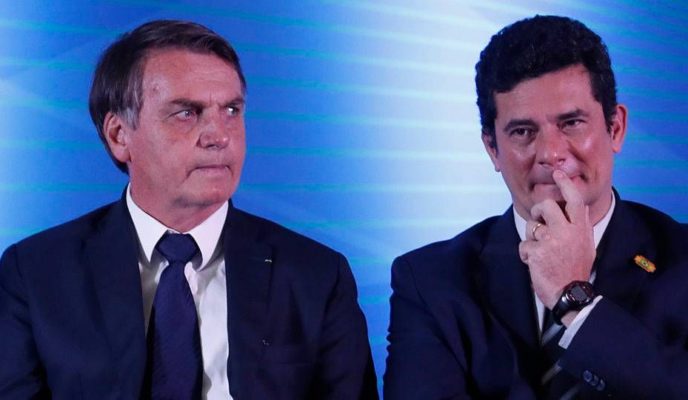 A video showing the last meeting between Brazilian president Jair Bolsonaro and former Justice and Public Safety minister Sergio Moro has been sent to government authorities, who declared its content may “severely” compromise the president. An investigation opened by the Brazilian Ministry of Health has raised suspicion that 39 cases of COVID-19 infection could have happened before the first official register of the disease in the country, on February 26th. The first LATAM flight from China bringing ventilators and health equipment and supplies has landed in Rio de Janeiro, to help fight the novel coronavirus pandemic, and others are scheduled to land within the next days. 73 thousand members of Brazil’s military have been charged with unduly claiming the emergency aid provided by the federal government to help people affected by the COVID-19 pandemic, including retired members of the armed forces and their relatives. Finally, an attack made by a militant Islamist group in Afghanistan in a maternity ward has killed several newborn babies and their mothers, as well as several nurses; local fundamentalist group Taliban has denied any involvement, and members of the Islamic State are being held responsible.

Investigators studying the nearly three-hour video of the Planalto Palace April 22nd cabinet meeting have declared that its content can “severely” compromise Brazilian president Jair Bolsonaro. According to their opinion, the video corroborates the accusations made by former Justice and Public Safety minister Sergio Moro, who stepped down after accusing the president of trying to interfere with Federal Police investigations. According to one of those investigators, “the video is bad for Bolsonaro, very bad. It exposes the president’s concern about a possible investigation by the police on his sons.”

The Brazilian Ministry of Health has opened an investigation of 39 possible cases of novel coronavirus infection which could have happened before February 26th, the date when Brazil officially registered its first COVID-19 case. According to Eduardo Macário, Health surveillance substitute secretary, all cases will now be fully investigated, and data from all states and municipalities where the first victims were recorded will be reviewed. Macário did not define a precise date on which Brazil’s earliest case was detected, but claimed it might have happened in January.

First flight from China bringing ventilators and supplies to arrive

Yesterday, the first LATAM flight from China bringing ventilators, monitoring equipment and other health equipment to fight COVID-19 landed in Rio de Janeiro. This is the first of six operations scheduled by the South American airline to transport 160 tons in medical equipment. This first flight took off from Guangzhou, China, and, after a layover in Amsterdam, landed in Rio’s Tom Jobim International Airport at 2 p.m., using a Boeing 777 adapted to maximize its cargo transportation capability. The second flight is scheduled to arrive today, bringing another assortment of ventilators, surgical masks, and other equipment destined to use against the novel coronavirus pandemic.

The Brazilian Ministry of Defense has informed that 73,242 members of the country’s military forces received the R$ 600 emergency aid paid by the federal government to help people affected by the novel coronavirus pandemic, despite not meeting the eligibility criteria set for the benefit. Among them are active, reformed, and retired members of the military, as well as family members and individuals who were granted amnesty. According to a report sent by the Defense ministry to O Globo newspaper, 4.17 percent of all social security numbers in their database registered to receive the emergency aid, which was originally destined to informal workers. Inquiries were opened, and those individuals will be prosecuted.

On Tuesday, gunmen stormed a maternity ward in Kabul, Afghanistan’s capital, leaving at least 16 people dead, including newborn babies, their mothers, and nurses, according to the country’s Ministry of Interior Affairs. A standoff between the terrorists and Afghan security forces lasted for hours inside the hospital building. On the same day, a bomb attack during a funeral killed at least 24 people in an eastern region of the country, causing president Ashraf Ghani to announce he would resume offensive operations against Taliban and other local Islamist fundamentalist groups. The Taliban, however, denied any involvement with the attack, shifting suspicions towards remnants of the so-called Islamic State, ISIS.