Fale a língua do mundo. Faça Wise Up.
Mon 06 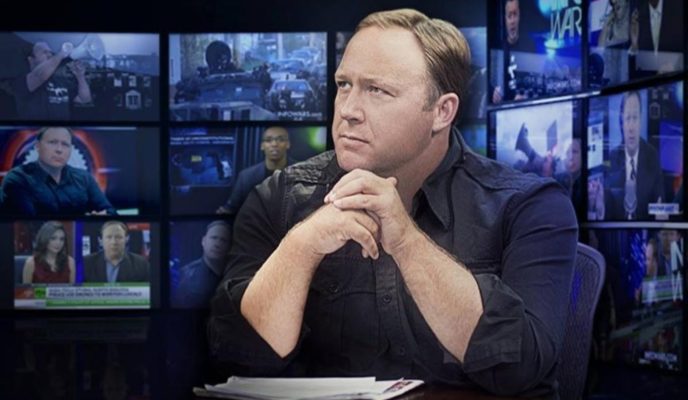 After having his persnal page deleted by Facebook, Alex Jones’s podcasts are erased by Apple

Apple has wiped iTunes and its podcasting app virtually clean of content by Alex Jones, in one of the most aggressive moves by technology companies and streaming services against the conspiracy theorist and owner of the right-wing media platform Infowars.

As of early Monday, just one of the six Infowars programs once listed by Apple remained, RealNews with David Knight. The decision to completely pull the other shows, including “The Alex Jones Show” and “War Room,” represents a broader effort than those made by other companies in recent days to stop disseminating material associated with Jones, whom the Southern Poverty Law Center calls “the most prolific conspiracy theorist in contemporary America.”

The more sweeping action taken by Apple shows how companies have responded differently to the task of regulating false information and hate speech while remaining a neutral platform. Jones, who faces several defamation lawsuits arising from his claim that the mass shooting at the Sandy Hook Elementary School was a hoax, argues that his statements are protected speech.

In a statement to The Washington Post, Apple confirmed its decision to remove Jones’ shows from its directory, a move first reported by BuzzFeed.

“Apple does not tolerate hate speech, and we have clear guidelines that creators and developers must follow to ensure we provide a safe environment for all of our users,” a spokesperson said. “Podcasts that violate these guidelines are removed from our directory making them no longer searchable or available for download or streaming. We believe in representing a wide range of views, so long as people are respectful to those with differing opinions.”

The spokesperson did not a return a request for clarification on its decision to retain the program hosted by David Knight, whose contributor page on Infowars indicates that he is a libertarian activist and small-business owner.

Jones, who has a verified Twitter account with 825,000 followers, had not addressed Apple’s action by early Monday. He did, however, post a message praising Knight, whose show was left untouched by Apple, for opposing “politically correct social media rules” that Jones suggested were to blame for the dismissal of individuals after the discovery of disreputable online behavior. He also defended Trump’s repeated attack on journalists as “the enemy of the people.”

Sleeping Giant, a social media activism organization that had been lobbying Apple to stop listing material by Jones, celebrated the move in a statement on Twitter. “Last week, we asked @Applehow the harassment of Sandy Hook parents and Vegas shooting victims didn’t violate their Terms of Service. Tonight, they decided that it did. Massive kudos to @Applefor doing what most tech companies have so far refused to do.”

The technology company, headquartered in Cupertino, California, is the largest podcast platform, with about two-thirds share of the market, according to estimates.

Spotify, which is the second-largest platform, said in a statement last week that it had removed “specific episodes . . . for violating our hate content policy.” YouTube took down four videos from the Infowars channel, which was also slapped with a 90-day suspension from live-streaming. Facebook took down Jones’s personal profile for 30 days and removed four videos it said violated the social media company’s community standards.