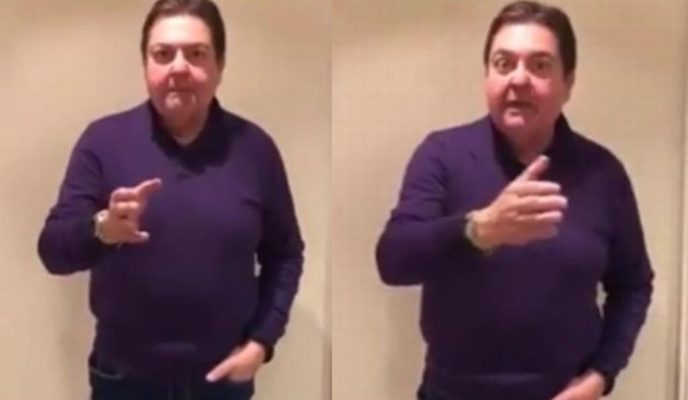 On Sunday, TV host Faustão called an unnamed politician in Brasília a moron. A lot of people associated it with President Jair Bolsonaro. To put an end to the controversy, Faustão recorded a video denying this interpretation. Another controversy involving Bolsonaro’s administration is on the way, though: The Chief of Staff Onyx Lorenzoni has to explain issuing eighty suspicious invoices to receive R$317 thousand as a parliamentary budget office when he was a federal representative. The social security reform suffers another blow as the Minister of Defense declares that servicepeople are to be exempt from the reform. In the United States, a sexual violence survivor who killed a man is granted clemency. After fifteen years in jail, she is to be freed on parole. For those who love trekking and nature, NGOs and volunteers are mapping and building a three-thousand-kilometer trail connecting Rio Grande do Sul to Rio de Janeiro.

The TV host Fausto Silva recorded a video yesterday to deny claims that he had called Bolsonaro a moron on his show exhibited on Sunday. Over the weekend, Faustão’s angry speech featured as the most sought-after topic on social media. He explained that his words were not aimed at President Bolsonaro or at his supporters. At the end, he called for the opposition’s self-criticism and common sense to recognize the defeat in the elections.

Bolsonaro’s Chief of Staff has to explain eighty suspicious invoices

The Chief of Staff Onyx Lorenzoni (DEM) is in trouble—again. After apologizing for having received illegal funds from JBS executives, now Lorenzoni has to explain why he used eighty invoices issued by a friend’s consultant company to receive R$317 thousand as a parliamentary budget office. Twenty-nine of the invoices are numbered in sequence, an indication that Lorenzoni is the company’s only customer. In a press release, the minister denied any irregularity.

Military personnel are to be excluded from the social security reform

The Minister of Defense General Fernando Azevedo e Silva said that military personnel are to be excluded from the social security reform. According to the minister, the Armed Forces are “an expensive insurance that all nations must have.” His claim goes against other servicepeople’s stand on the issue. A large portion of the current social security deficit is due to benefits paid to military personnel and their relatives.

After spending almost fifteen years in jail for murder, Cyntoia Brown is about to get free. With a long history of abuse, Brown was imprisoned at sixteen in 2004 for killing a man who had paid for her sexual services. In 2006, she was sentenced to life in prison without parole until 2055. But now Tennessee Governor Bill Haslam decided to grant her an official pardon for her outstanding good behavior.

Good news for trekkers. NGOs and volunteers are mapping three thousand kilometers (roughly 1800 miles) of trails between Rio Grande do Sul and Rio de Janeiro. Called Caminho da Mata Atlântica (Atlantic Forest Path), the inspiration for the Brazilian trail comes from the famous Appalachian Trail, which took forty years to be mapped and to receive proper infrastructure, and connects fourteen states from Georgia to Maine in the U.S.A.