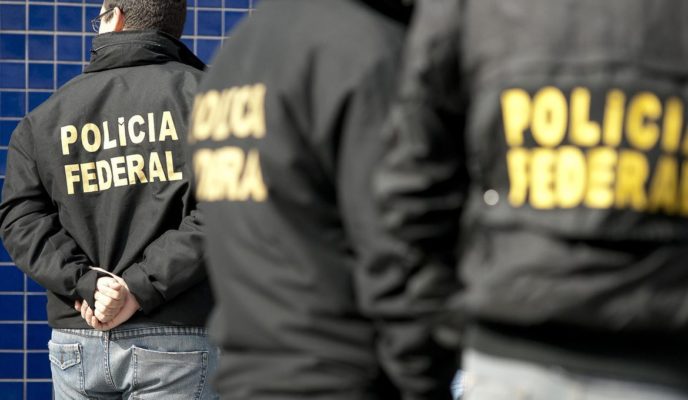 The Brazilian Federal Police raided the homes and offices of several allies and supporters of president Jair Bolsonaro, in an operation investigating an alleged network responsible for spreading fake news on the internet about members of the country’s Federal Supreme Court. Bolsonaro has summoned a cabinet meeting to discuss with his ministers how to react; Education minister Abraham Weintraub compared the action to Nazi Germany’s Kristallnacht, sparking furious reactions from several Jewish organizations. After having one of his posts, about the possibility of fraud if postal voting were to be allowed in the 2020 presidential elections, flagged as fake news, US president Donald Trump threatened to shut down social networks and had his press secretary announce an upcoming executive order on the matter. French health authorities have banned the use of hydroxychloroquine in the country to fight COVID-19, declaring the drug has not shown to be effective against the disease and may pose extra risks to the patients; Italy and Belgium have followed suit, while the United Kingdom has temporarily suspended a test involving the drug which the University of Oxford began last week. Finally, the Afghan government began its release of Taliban prisoners, as part of the peace deal signed with the Islamic fundamentalist group, as the United States prepares to withdraw its troops from the country.

Yesterday, the Brazilian Federal Police served 29 search and seizure warrants linked to a Federal Supreme Court inquiry which investigates an alleged fake news network responsible for posting attacks against the court’s justices on the internet. The searches in six cities were authorized by justice Alexandre de Moraes and targeted several notorious hardcore supporters of president Jair Bolsonaro, among them retail magnate Luciano Hang, Edgard Corona, owner of Brazil’s biggest gym chain, Roberto Jefferson, a former congressman notorious for whistleblowing on the Mensalão scandal, Sara Winter, a former Femen activist-turned-anti-abortion-militant, and Allan dos Santos, a right-wing blogger. Cell phones and computers were seized by the police, causing outrage among the president’s supporters and rejoicing his opponents. Tensions have been running high between the executive and legislative branches of government for some weeks.

Brazilian president Jair Bolsonaro has summoned all his ministers for a meeting at the Planalto Palace today. On the agenda are which decisions to be made after the actions taken by the Federal Supreme Court targeting several presidential supporters accused of taking part in a fake news network. Yesterday, Education minister Abraham Weintraub compared the Federal Police operation to the Kristallnacht, a pogrom carried out against Jews in Nazi Germany in 1938. His statement sparked furious reactions from several Jewish organizations in Brazil and abroad; the American Jewish Committee posted a tweet saying that “the repeated political weaponization of Holocaust language by Brazilian government officials (…) needs to stop immediately.”

After one of his posts, which suggested the possibility of fraud if postal voting were to be allowed in the 2020 presidential elections, was flagged as fake news by Twitter, United States president Donald Trump accused the company of interfering with this year’s presidential elections and threatened to shut down social networks if they stifle conservative voices. “Republicans feel that Social Media Platforms totally silence conservative voices. We will strongly regulate, or close them down, before we can ever allow this to happen,” he wrote in a tweet yesterday.  White House press secretary Kayleigh McEnany told journalists aboard the presidential plane, Air Force One, that Trump is ready to sign an executive order against social media companies.

France bans use of hydroxychloroquine to treat COVID-19

France’s Ministry of Health banned the use of hydroxychloroquine to treat people with COVID-19, in a decree issued on Wednesday. The decision was made after a study with 96 thousand patients showed that the drug has no effects on the novel coronavirus and increases the risk of death and heart irregularities. A battle surrounding the use of the drug has been waging for months in the country, after Didier Raoult, a Marseille-based physician and professor, published results of his success in treating infected patients with it. Health regulatory agencies from Italy and Belgium have also decided to restrict the use of hydroxychloroquine, mentioning concerns surrounding its effectiveness and safety, while British authorities have decided to temporarily halt a study which the University of Oxford began doing last week with the medication.

Afghanistan frees 900 Taliban prisoners as US prepares for withdrawal

Afghan authorities have begun to release imprisoned Taliban members, a condition established as part of a deal signed between the local government and the Islamic fundamentalist group, which began a sudden escalation of violence after its apparent collapse. The country’s president, Ashraf Ghani, refused to release all 5,000 Taliban prisoners at once, but allowed the release of 900 as a goodwill gesture aimed at convincing the insurgent group to extend the current three-day truce which has curbed violence in the country. The Taliban, in turn, has promised to release 1,000 members of the Afghan security forces. The United States government, which signed a bilateral agreement with the Taliban, welcomed the truce, as it gets ready to pull its troops out of the Asian country.