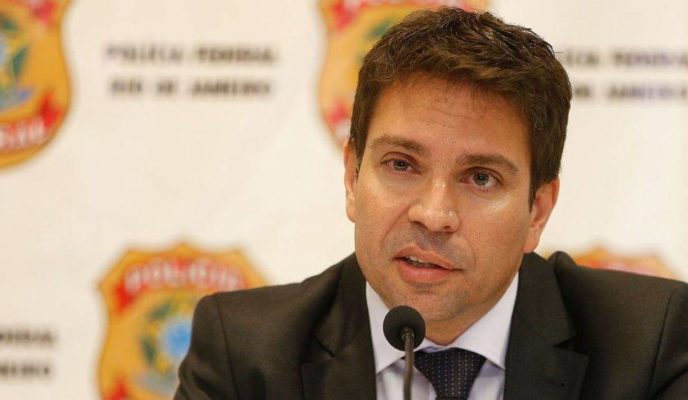 Brazilian Federal Supreme Court justice Alexandre de Moraes has barred the appointment of Alexandre Ramagem as director-general of the Federal Police, accepting a request filed by PDT which claimed that his appointment would allow president Jair Bolsonaro to personally interfere with ongoing investigations. After 474 deaths caused by COVID-19 confirmed on Tuesday by the Ministry of Health, Brazil has officially become the ninth country in the world with the highest number of deaths caused by the novel coronavirus pandemic. President Jair Bolsonaro shrugged off journalists at the Alvorada Palace by saying “so what,” and told them that all health-related questions should be addressed to newly-appointed minister Nelson Teich. In the United States, the number of confirmed COVID-19 cases has broken the one million mark, with a total of over 58 thousand casualties. Meanwhile, Venezuelan dictator Nicolás Maduro has declared his country to be completely free of new novel coronavirus cases, and announced his plan to relax quarantine measures in the country.

Today, Brazilian Federal Supreme Court justice Alexandre de Moraes suspended the appointment of Alexandre Ramagem as director-general of the country’s Federal Police. The ruling came after a request filed by PDT, the party of former presidential candidate Ciro Gomes, which claimed Ramagem’s appointment would allow president Jair Bolsonaro to unlawfully interfere with ongoing investigations. Several other lawsuits had also been filed to try to prevent his appointment. Ramagem, currently head of the Brazilian Intelligence Agency, is a longtime friend of Bolsonaro’s son, Carlos, a Rio de Janeiro city councilman being investigated for spreading fake news on the internet.

The 474 deaths caused by COVID-19 confirmed on Tuesday by the Brazilian Ministry of Health have placed the country in the list of the top ten countries with the highest number of deaths caused by the novel coronavirus pandemic in the world. According to data compiled by Johns Hopkins University, Brazil now occupies the ninth position in the list of countries most affected by the disease in the world, after Iran, Germany, Belgium, the United Kingdom, France, Spain, Italy, and the United States. According to official data, 5,017 people have lost their lives to the disease in Brazil, and 71,886 people have been infected with the virus. Yesterday saw the highest number of deaths recorded in a single day since the beginning of the pandemic.

As he arrived at the Alvorada Palace on Tuesday evening, Brazilian president Jair Bolsonaro was questioned by journalists on the recent published record death toll in Brazil caused by the novel coronavirus pandemic, and answered: “So what? I’m sorry, what do you want me to do? I am Messias, not the Messiah, I can’t work miracles.” He insisted that all health-related questions should be addressed to recently-appointed minister Nelson Teich. Meanwhile, Teich’s Ministry of Health issued an update counting 474 new deaths due to the novel coronavirus.

Yesterday, the United States became the first country in the world to break the one million mark in the number of confirmed COVID-19 cases. The novel coronavirus pandemic has killed over 58 thousand people in the North American country, which currently leads the total number of infected people in the world, with a total of 1,010,717, according to a study made by Johns Hopkins University. More than 115 thousand people have already recovered from the disease in the US, and the country has tested over 5.7 million people altogether. Authorities estimate, however, that the actual number of cases is higher, since state public health officials have complained of the scarcity of trained professionals and the lack of proper equipment.

Venezuelan dictator Nicolás Maduro declared that no new cases of infection by the novel coronavirus were registered in his country on Tuesday, and announced his intentions of relaxing all quarantine measures during the upcoming weekend. “The results are favorable, but I say, it is too early to declare victory,” he told state-run TV channel VTV. According to the Chavista leader, 42 percent of people infected with COVID-19 in Venezuela have recovered, while only 89 people remain currently hospitalized. According to the regime’s official numbers, only ten people have died due to the disease in Venezuela.