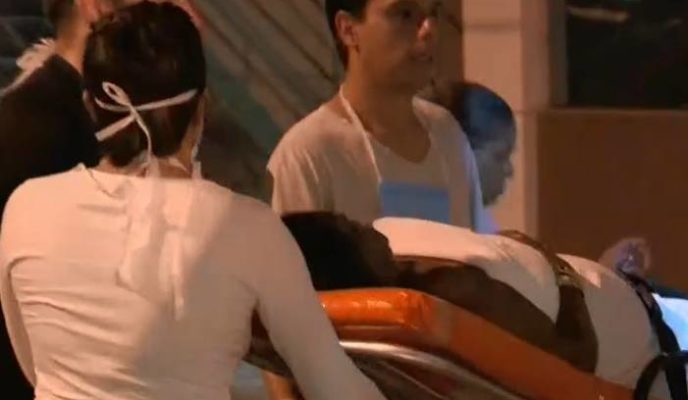 Eleven people died in a fire which hit a hospital in northern Rio de Janeiro, and has left patients dying on the street and forced paramedics to transport more severe cases to other hospitals in the city. Venezuelan dictator Nicolás Maduro has stated that he won’t be attending the United Nations General Assembly this year, for fear that people within his inner circle of power could take over during his absence. Italy’s prime minister, Giuseppe Conte, is defending a review of the country’s current citizenship laws concerning people who are descendants of Italian immigrants living abroad. The Israeli government has been accused by United States president Donald Trump of placing spying devices near the White House and in other strategic places in his country’s capital, an accusation which was quickly denied by Israeli prime minister Benjamin Netanyahu. Finally, Argentinian lawmakers approved a “food emergency” bill, which had been proposed by members of the opposition in order to try to provide some palliative measures for those currently being affected by that country’s economic crisis.

A fire hit Hospital Badim, in Rio de Janeiro’s northern zone, on Thursday evening. According to employees, the fire began at around 6 p.m. Patients were hurriedly removed from their beds and placed onto mattresses in the street, and others who were waiting to be admitted were sent to other hospitals throughout the city. At least eleven people died, and eight are injured. The hospital’s directors released a statement in which they claim the fire was caused by a short-circuit in one of the hospital’s generators. The building had undergone a general renovation work less than one year ago. The fire brigade claimed to have controlled the fire by 8 p.m., but witnesses claim they could still see smoke rising from the building.

Venezuelan dictator Nicolás Maduro confirmed on Thursday he will not be attending the United Nations General Assembly meeting in late September, in New York. Maduro announced he will be sending his vice-president, Delcy Rodríguez, along with Foreign Affairs minister Jorge Arreaza. “I won’t be going this year. I will stay with you and work here in Venezuela, safe and sound.” He added that his delegation will hand in a document with 12 thousand signatures as part of a campaign called “No More Trump”, against US-imposed sanctions. According to local news websites, Maduro fears that his Defense minister, Vladimir Padrino López, could be plotting a coup along with members of the military.

Italy’s prime minister, Giuseppe Conte, defended on Monday the need for reviewing that country’s current laws concerning the recognition of citizenship by the so-called “blood rights” (jus sanguinis) to descendants of Italians, according to news agency ANSA. “The law on the acquisition of Italian citizenship by citizens who live abroad and descend from Italian families deserve to be reviewed, so that, on the one hand, they eliminate some discriminatory elements and, on the other hand, introduce new criteria regarding those currently enforced,” he said during a speech in the Lower House of Congress, without further detailing his plans.

The United States government has concluded that Israel is probably behind the installation of cell phone espionage devices which have been found for the last two years near the White House and other strategic places in Washington D.C., according to news website Politico, which quoted two top US authorities with inside access to the affair. The monitoring devices worked as telecommunication towers and collected information, which included location, identity and the content of phone calls. The US government concluded that Israeli agents installed such pieces of equipment to monitor president Donald Trump and his closest advisors. Israeli prime minister Benjamin Netanyahu called the accusations “a blatant lie”.

On Thursday, the Argentinian Lower House of Congress unanimously approved the Food and Nutrition Emergency bill, which establishes an increase in funds destined to supply foodstuffs to people who live in vulnerable regions. The bill now has to be approved by the country’s Senate. The initiative, which had been presented by the opposition under the pretext of providing a palliative measure for the effects of the severe economic crisis which is currently affecting the country, was approved by 222 votes in favor, and only one absent vote.