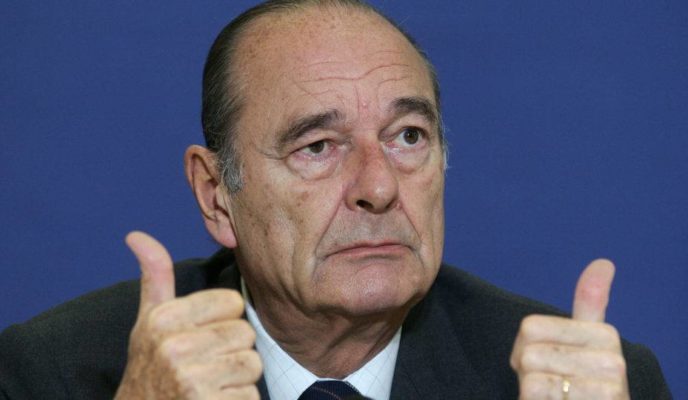 Former president Jacques Chirac, one of France’s most long-standing politicians, died at the age of 86. The Brazilian Federal Supreme Court imposed another defeat on the Federal Police’s Operation Car Wash, annulling for the second time a decision made by former judge and current Justice minister Sergio Moro. Former governor of the state of Tocantins, Marcelo Miranda, was arrested in Brasília during an investigation by the Federal Police. The United States government intelligence has released a document disclosed by Secretary of State Mike Pompeo accusing the Syrian regime, led by dictator Bashar al-Assad, of using chemical weapons against opposition forces during that country’s civil war. Finally, the Crown Prince of Saudi Arabia has assumed responsibility for the death of journalist Jamal Khashoggi, murdered in the Saudi consulate in Istanbul, but denied any previous knowledge or involvement.

Ex-French president Jacques Chirac, one of the most well-known politicians in that country, died on Thursday at the age of 86. He had been suffering from memory loss, apparently associated with Alzheimer’s or a small stroke he had when he was president, in 2005. Chirac stayed in the presidency from 1995 to 2007, and had one of the longest political careers in Europe. He became famous for being one of the main opposition voices against the United States’ intervention in Iraq. His latest years in power were marked by corruption scandals, but his affable ways made him one of the favorite politicians in the French public opinion.

The Brazilian Federal Supreme Court has imposed another defeat on the Federal Police’s Operation Car Wash, which investigated charges of corruption involving the Workers’ Party government and construction companies such as Odebrecht. By a majority of six votes against four, the court annulled for the second time a sentence pronounced by ex-judge and current Justice minister Sergio Moro, based on the argument that defendants who turned state’s evidence should present final statements before the other defendants during the process. The Supreme Court session, however, will only end officially next Wednesday.

Former governor of the state of Tocantins, Marcelo Miranda was arrested by the Federal Police on Thursday morning during a Federal Police operation. According to news portal G1, Miranda was arrested in Brasília, in the government-paid apartment of his wife, congresswoman Dulce Miranda. The Federal Police was serving 11 search and seizure warrants and three preventive detention warrants; the operation is investigating accusations of corruption, embezzlement, bidding frauds, and misuse of public funds. Marcelo was governor of Tocantins for three terms.

Syrian regime used chlorine as a chemical weapon, says US

The United States government concluded that the Syrian regime, led by dictator Bashar al-Assad, used chlorine as a chemical weapon in an attack against opposition forces on May 19th this year. The analysis was made by the US intelligence and disclosed by Secretary of State Mike Pompeo at a press conference on Thursday. “The Assad regime is responsible for innumerable atrocities some of which rise to the level of war crimes and crimes against humanity,” said Pompeo. The US government decided to provide the Organization for Prohibition of Chemical Weapons with an extra US$ 4.5 million to help with investigations on the use of such weapons in Syria.

Saudi prince says he bears some responsibility for death of journalist, but denies involvement

Mohammed bin Salman, Crown Prince of Saudi Arabia, suspected of having ordered the assassination of journalist Jamal Khashoggi last year, said on Thursday he bears responsibility for his death since it happened “under his guard.” Salman denies, however, having any previous knowledge or direct involvement in the killing. “I get all the responsibility because it happened under my watch.” Khashoggi was a columnist for The Washington Post, and was murdered inside the Saudi Arabian Consulate in Istanbul, Turkey. His body was then cut into pieces and extracted from the building by a Saudi agent disguised as Khashoggi himself.