Fale a língua do mundo. Faça Wise Up.
Thu 23 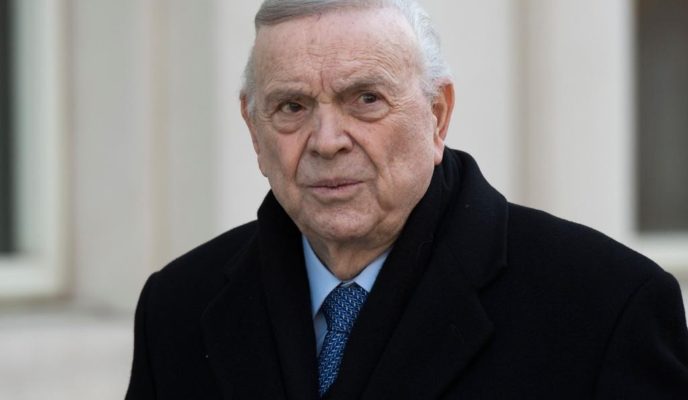 Three years ago, former soccer boss José Maria Marin was enjoying his stay at a Zurich hotel when he was arrested by the Interpol and sent to New York. The eighty-six-year-old FIFA official has just been sentenced to four years in jail for money laundering, wire fraud, and conspiratorial racketeering. Another former boss who has to explain himself to justice is, once again, Lula. His attorneys now have seven days to justify his candidacy before the Supreme Electoral Court (TSE). Free people, meanwhile, can walk around Brussels renamed streets laughing out loud as the city chooses whimsical street names for a derelict area.

Sometimes you have to cross borders for justice to be served. The crossing is not always voluntary, as former CBF (Brazilian Football Confederation) president José Maria Marin can testify. After being arrested in Switzerland, in 2015, Marin has been tried in the United States and sentenced to four years in jail. He was also fined $1.2 million and told to forfeit $ 3.3 million. At eighty-six, Marin will have to spend at least twenty-eight months in jail.

The clock is ticking: Lula’s attorneys have seven days to defend his candidacy before TSE

Lula and his lawyers have been notified by Justice Luiz Barroso to present reasons that justify the candidacy of someone currently in jail. As Lula’s lawyers have already declared that they intend to use legal deadlines as an electoral strategy, the former president will remain a candidate for at least seven more days. Lula’s candidacy has been challenged by sixteen petitioners so far.

It’s polling time. Since the Supreme Federal Court (STF) will decide on the matter soon, Datafolha Institute carried out a poll to determine if Brazilians are in favor of or against abortion. The results surprised nobody. 59% of the interviewees are against any change in the current abortion laws. In Brazil, abortions are allowed only in cases of rape, anencephalic babies, and risks to the life of the mother.

Candidates’ platforms from all parties keep promising electors the impossible

In an electoral race, making promises is easy. Keeping one’s word, not so much. This year, presidential candidates’ promises are, as usual, generous. Most of them, however, are also unachievable. From tax reforms to reducing unemployment, from compelling doctors to work for the State to put an end to cronyism in politics, candidates’ platforms seem to focus on the desirable, not on the attainable.

In Belgium, soon you will be able to walk (and laugh) on This Is Not A Street Street

Brussels residents have the opportunity to rename twenty-eight streets in the Belgian capital. It’s not a political or revisionist matter. New, funny, and curious names will be used in the renovation of a poor area of the city. Sideways, for example, will be named after Belgian foods. And one of the streets will be called Ceci n’est pas une rue (This is not a street), in a reference to the famous painting Ceci n’est pas une pipe, by Belgian artist René Magritte.