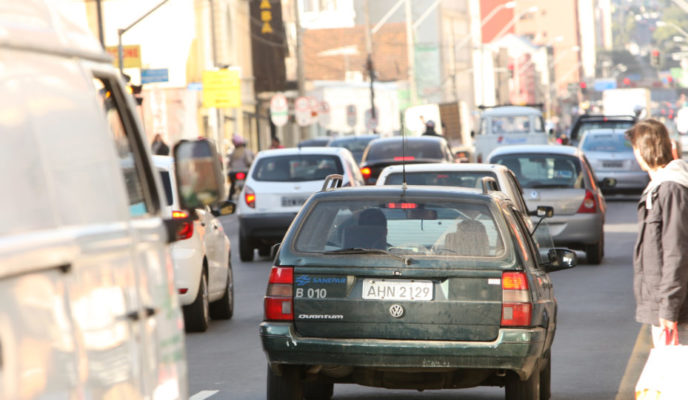 The average age of automobiles in circulation in the country went up to 9.7 years

The recovery of the vehicle market after 2017, after a four-year drop in the crisis period, was still not able to revert the aging process of the Brazilian fleet. The average age of automobiles in circulation in the country went up to 9.7 years, the oldest average age in the last 18 years. In the case of trucks, the average went up to 11.4 years, the highest since 2007.

A study to be released by the entity shows that 2018 was the third consecutive year of an increase in the average age of the Brazilian automobile fleet, after nearly a decade of renovation boosted by the boom of sales of new models until 2012. A similar movement happened with trucks, which traditionally have a longer lifespan and, therefore, have a bigger average age.

Manufactured 46 years ago, the Mercedes-Benz Mb 2013 was purchased three years ago by 22-year-old Lucas Eduardo Mendes, who left the company where he worked in the IT sector to work as a truck driver. He put R$ 10 thousand as a down payment, and the remaining R$ 35 thousand in monthly R$ 1 thousand installments. “I still have nine left to pay,” he says as he repairs the engine of his vehicle at a workshop in Bandeirantes Highway.

With a cargo of cleaning products loaded in Guarulhos to be delivered in Ribeirão Preto, Mendes says he would like to change his truck but, “with the price paid for the freight nowadays, and the expenses he has on tolls and fuel, he can’t afford a newer one.” An autonomous worker, he complains that companies are not hiring vehicles older than 20 years, and that is why he depends on the subcontract of transporting companies who pay half the value they were paid originally by the freight.

Mendes says a new line of credit, cheaper and less bureaucratic, would be needed for him to be able to purchase a newer truck. He says he does not know any details of the proposition made last week by Bolsonaro’s government, to release BNDES credits for the category, but he believes it will not be enough to solve the problem of many truck drivers like himself.

“If there is no help to promote the change of older vehicles, the problem will continue,” says Elias Mufarej, director of Sindipeças. For years, the entity has defended a fleet renewal program, starting with the vehicular inspection to remove from the streets vehicles that have no conditions to be on the streets, especially trucks and buses.

In Murarej’s opinion, “an older fleet brings harmful effects regarding safety, especially in highways, and its consequences are serious.”

The Sindipeças study considers an annual mortality rate of 1.5 percent, due to vehicles taken out of circulation because of a total loss in accidents or chop shops. Based on it, companies define the production of parts for the reposition market.