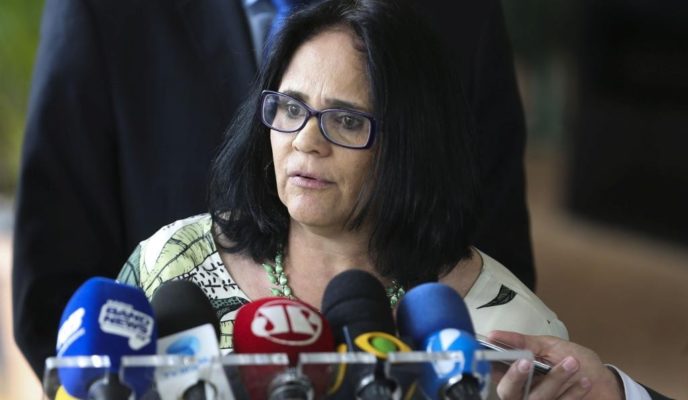 The new administration hasn’t started yet, but some ministers chosen by president-elect Jair Bolsonaro are already under attack. One of them is Damares Alves, future Minister of Women, Family, and Human Rights, who also happens to be an evangelical preacher and who suggested the enforcement of a “cultural counter‑revolution” to curb violence against minorities. In São Paulo, researchers have developed an ointment against the venomous brown spider. French authorities have declared the recent attack in Strasbourg an act of terrorism. The main suspect is still on the run. Time magazine has chosen its traditional Person of the Year—in fact, a group of investigative journalists. And, if you’re planning to get lucky with the Mega-Sena da Virada, maybe you should write down the most often picked numbers.

Future minister of the Bolsonaro administration suggests a “cultural counter-revolution”

Damares Alves, future Minister of Women, Family, and Human Rights, has suggested the establishment of a “cultural counter-revolution” stating that girls should be treated like princesses and boys like princes. This counter-revolution, according to the minister, must also be enforced to curb the violence against women and the LGBTQ community. Damaras, who is also an evangelical preacher, is under attack from feminist groups opposed to her conservative policies.

Brazilian researchers at Butantan Institute, in São Paulo, have developed a breakthrough ointment to treat the lethal venom of the brown spider. According to the Secretary of Health of Paraná, 3,400 incidents with brown spiders occurred in the state in 2018. The spider’s venom is definitely dangerous. It can cause necrosis, kidney failure, and even death. The ointment should be fully tested in humans before large-scale production.

French authorities have declared the shooting at a Christmas Market in Strasbourg yesterday an act of terrorism. Two people were killed, one is in a vegetative state, and thirteen were wounded—eight of them in critical condition. The main suspect is Cherif Chekkat, 29, who ran away by cab. He had twenty-seven criminal convictions in France, Germany, and Switzerland. Witnesses said that he had screamed “Allahu Akbar” (Allah is the greatest) during the attack.

Investigative journalists are Time’s Person of the Year

The traditional Time Magazine Person of the Year of 2018 is not one person, but a whole group: journalists. The homage is seen as a way of promoting and supporting investigative journalism, currently under threat all over the world. Saudi Jamal Khashoggi, killed at the Saudi Arabia Embassy in Istanbul, Turkey; Myanmar reporters Wa Lone and Kyaw Soe Oo; Philippine publisher Maria Ressa, and the Capital Gazette newspaper were specially mentioned by the magazine.

At the end of the year, lottery retailers get busy because of the Mega-Sena da Virada, the biggest lottery prize paid in Brazil. This year, the prize is expected to reach R$300 million. To help the players, Caixa Econômica Federal, the institution that organizes the federal lottery, has announced the luckiest numbers to guess—the most drawn numbers since 1996. They are 11, 27, and 56, drawn 18 times, and 06, 10, 35, and 37, drawn 17 times.