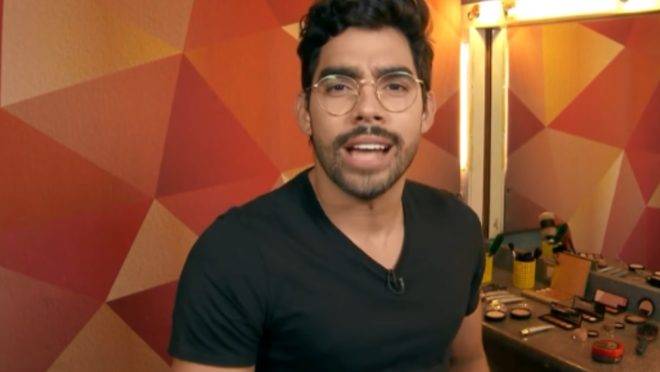 Brazilian pop singer Gabriel Diniz has died today in a plane crash in the state of Sergipe. The singer, who recently rose to stardom with the hit song “Jenifer”, had played in Bahia yesterday. Germany’s commissioner on anti-Semitism has advised German Jews to refrain from wearing the kippah in certain parts of the country, due to a rise in anti-Semitic attacks in the country. The excessive hunting of certain species in order to obtain ingredients for Chinese traditional medicine has been causing their extinction. Hong Kong authorities have seized a cargo of scales from 14 thousand dead pangolins, and the last specimen of a kind of rhinoceros, another overhunted species, has recently died. A British extremist cell responsible for the 2005 London bombings, may be reappearing, after its members had been released from jail and their house arrest. Finally, a California judge has denied US president Donald Trump funds to build his long-coveted wall between his country and Mexico.

Brazilian singer-songwriter Gabriel Diniz, author of the summer hit “Jenifer”, died today in a plane crash in Sergipe. The singer’s press office confirmed that the 28-year-old singer was aboard the small aircraft, and some of his friends later recognized his body, found among the remains. Firefighting teams are still searching the site of the accident, and three bodies have already been recovered. Diniz played yesterday in Feira de Santana, Bahia. “Jenifer” was played over 60 million times on Spotify, and the video of the song had over 230 million views on YouTube.

Germany’s commissioner on anti-Semitism, Felix Klein, warned German Jews not to wear their traditional skullcap, the kippah, in certain public places of the country, due to a recent rise in anti-Semitic attacks. “I cannot recommend Jews to wear the kippah all the time and everywhere in Germany,” said Klein in an interview, without specifying which regions of the country he was referring to. Israeli president Reuven Rivlin said he was “shocked”, and claimed that the responsibility for the well-being and the freedom of German Jews is in the hands of the German government – a stance also adopted by German prime minister Angela Merkel.

In early February, Hong Kong authorities seized nine tons worth of pangolin scales, extracted from an estimated number of 14 thousand hunted animals. The pangolin, a mammal that eats termites and ants, is already extinct in Asia, and is now being poached in Africa. Its meat is used in Chinese and Vietnamese traditional cuisine, and it is also valued by Chinese traditional medicine. The rhinoceros, another endangered animal, is being hunted for its horn; in 2018, the last individual of the northern white rhino died, and the last native rhino in Vietnam was killed in 2011. Several other species face extinction due to abuse hunting for “medical purposes”.

British extremist cell may be reappearing

While most European countries are concerned with the return of extremist members of the recently-disbanded Islamic State to Syria and Iraq, the United Kingdom is facing another problem: the reappearance of household militant cell Al-Muhajiroun, one of the most prolific radical terrorist networks in Europe. Al-Muhajiroun is considered responsible for the 2005 London attacks, which caused the British government to approve a series of counterterrorism laws and a campaign of repression against Islamic extremists. One of its founders, Anjem Choudary, was recently photographed near his East London home wearing an electronic ankle monitor, and many members of his former network have been released from prison.

A federal California judge issued a preliminary injunction preventing president Donald Trump’s government from channeling US$ 6.6 billion of Defense Department funds to build a wall on the border between the US and Mexico. The injunction, requested by a group of 20 states governed by Democrats, is a blow for Trump, who declared a national emergency in February in order to circumvent Congress. Trump wants to build an 82-kilometer wall on the border with the neighboring country, but has faced difficulty in obtaining funds; Congress destined only US$ 1.4 billion for the works, and the total estimated cost is US$ 8 billion.