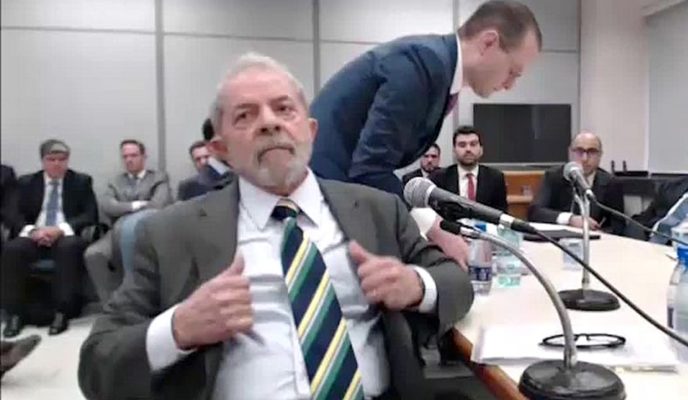 Even though former president Lula is in jail, not free to campaign, on September 11th he will have the opportunity to show his voice that he and the Labor Party are longing for. Ironically, this will happen thanks to Judge Sérgio Moro, who has summoned the prisoner for questioning in Curitiba. Neymar made headlines again. In a controversial piece of publicity for Gillette, Neymar calls himself only a boy and says the he falls so often because he suffers off the field.

Lula will speak on a platform created by Judge Sérgio Moro

On September 11th, former president Lula, who desperately wants to be a candidate and to speak to his potential voters, will have an opportunity to do that. This chance has been created, ironically, by Judge Sérgio Moro. Lula will testify before Moro in a case related to a country home in São Paulo. As the testimony video will be available electronically a few hours later, it is possible that Lula’s voice will echo on the news that night.

Justice Cármen Lúcia, head of the Brazilian Supreme Court, is worried about violent demonstrations during the coming elections. Last week, the court walls were painted red by protestors supporting former president Lula. She fears that other cases awaiting judgement, as well as Justice Dias Toffoli’s inauguration, will give rise to other acts of vandalism.

Neymar Jr fell and, after falling so much, he now tries to clean up his image. But a star like Neymar Jr does not simply apologize. Instead, he appears in a Gillette commercial reaffirming his mistakes, exulting his suffering, and calling himself just a boy. A twenty-six-year-old boy, that is.

If you dream about working for Google, maybe it is time to rethink this idea

Google is considered to be much like heaven to some of those who work there. There the air is cleaner, the food is healthier, you can play while programming, and the salary, of course, is stunning – but this is only for a few. Google’s employees say that the company discriminates against thousands of workers who have no perks whatsoever, despite the company’s image as a fun, safe, and rewarding place to work.

Baby miraculously survives after mother is ejected from truck

In Cajati, São Paulo, a miracle has happened. A female baby survived after her mother suffered severe wounds, being ejected from a truck in a horrible accident. This tore the baby from the womb. Ingrid Irene Ribeiro, 21, was nine months pregnant and not buckled in.