Fale a língua do mundo. Faça Wise Up.
Wed 21 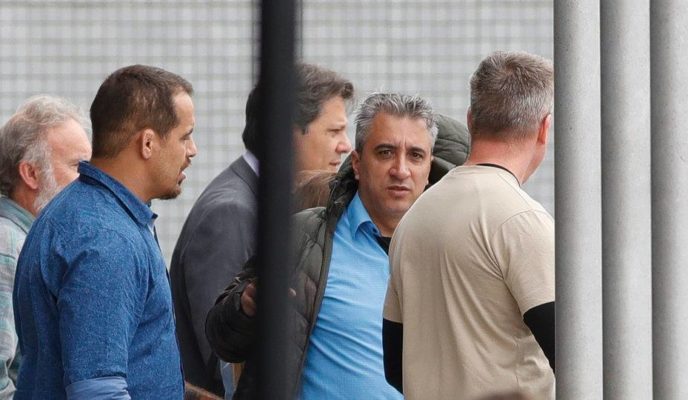 Former Workers’ Party presidential candidate Fernando Haddad was convicted by the Electoral Courts for allegedly using slush funds when he was elected as mayor of São Paulo in 2012. US president Donald Trump has canceled his trip to Denmark after that country’s government dismissed his proposal to buy the island of Greenland, which is part of the European country. Has Venezuela’s economy hit rock bottom? The country’s minimum salary reached R$ 12, its minimum value in history. Internet privacy is once again in the spotlight: social media giant Facebook began implementing a tool which tests the privacy of its users, after recurrent allegations of personal data leaks. Finally, Italian prime minister Giuseppe Conte has stepped down and the country will once again be forced to organize a new government.

Haddad is sentenced to jail for slush fund and electoral misrepresentation

Former São Paulo mayor and ex-2018 presidential candidate Fernando Haddad, one of the biggest names in the Workers’ Party (PT), was sentenced yesterday by the Electoral Courts for allegedly using slush funds from a company named UTC Engenharia when he was elected mayor in 2012. Haddad has been sentenced to four years and six months in semi-open detention regime, but may still appeal the decision. According to the accusation, Haddad failed to account for nearly R$ 3 million spent during his campaign, and allegedly channeled these funds to printing companies owned by former state congressman Francisco Carlos de Souza, AKA ‘Chico Gordo’, using fake receipts.

United States president Donald Trump has just postponed his meeting with Denmark’s prime minister, Mette Frederiksen, scheduled for two weeks from now, after Frederiksen publicly stated that her country was not interested in negotiating the sale of the island of Greenland to the US. On Tuesday evening, Trump posted on Twitter: “Denmark is a very special country with incredible people, but based on Prime Minister Mette Frederiksen’s comments (…) I will be postponing our meeting scheduled to happen in two weeks for another time.” Ever since it was presented, the idea has been ridiculed by Danish politicians.

Venezuela’s economy keeps on a constant free fall, one year after the economic recovery plan proposed by dictator Nicolás Maduro’s regime. The monthly minimum salary in the country, 40 thousand Bolivars, has reached its lowest value in history – equivalent to US$ 2.76, or about R$ 11.15. According to the official currency exchange established by the country’s Central Bank, one dollar was worth 14,843.54 Bolivars on Tuesday, an amount which enables Venezuelans to purchase 30 eggs. The UN establishes its so-called misery line on people who earn less than US$ 1.90 a day.

Tech giant Facebook released on Tuesday its long-awaited resource which promised their users to limit access to their personal data. Through this tool, users will allegedly be able to prevent companies and apps from collecting data from their internet use and rechanneling it to Mark Zuckerberg’s company. The social media company claimed that these new tools were designed to control off-Facebook activities, and to track more clearly companies which try to track online navigation histories and buying habits from users and use them for advertising purposes. The initiative is being tested in some countries, and will eventually be implemented worldwide.

Yesterday, Italian prime minister Giuseppe Conte resigned his office to the parliament and president Sergio Mattarella, paving the way for a new government. Conte, who had taken over in 2018 following the establishment of a coalition government between anti-system 5-Star Movement and nationalist party Lega Nord, stepped down from his post after a public clash with right-wing radical Matteo Salvini, who withdrew his support for the government after realizing that his nationalist and anti-immigrant stance may provide him with a stronger political basis. If the Italian Parliament does not reach a new consensus, new elections may be called.