Fale a língua do mundo. Faça Wise Up.
Mon 24 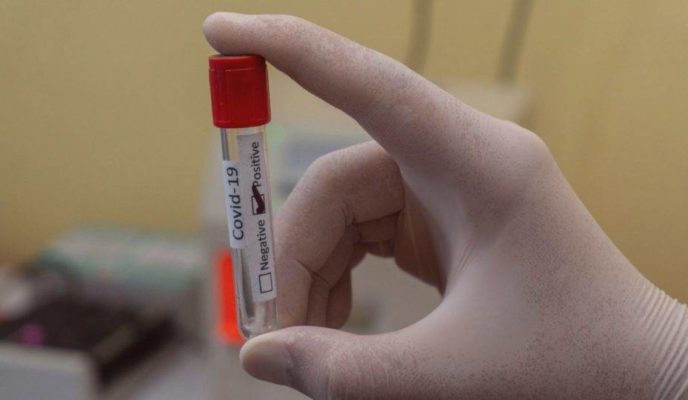 Researchers at the University of Hong Kong have confirmed the first case of a person who was reinfected with the novel coronavirus; a 33-year-old man who had been hospitalized with COVID-19 in April tested positive again for the virus after returning from a trip to Spain. Brazilian president Jair Bolsonaro caused an outspoken reaction from opposition politicians and members of the press after he said he wanted to “punch in the face” a journalist who had asked him about an investigation involving bank transfers to his wife, first lady Michelle. A German hospital has confirmed that Russian president Vladimir Putin’s most outspoken critic, Alexei Navalny, has been poisoned, contrary to what doctors in Siberia had said earlier, where the opposition politician had been hospitalized after feeling ill during a plane trip to Moscow. Current French champions Paris Saint-German, the soccer club which Brazilian superstar Neymar plays for, lost yesterday the Champions League final to German powerhouse Bayern Munich, which won the trophy for the sixth time. Finally, amidst ongoing protests demanding his resignation, Belarusian president Alexander Lukashenko has appeared on state TV wearing a bulletproof vest and holding a rifle in his hands.

The first documented case of a human being reinfected with the novel coronavirus was announced today by researchers at the University of Hong Kong. The patient, a healthy 33-year-old man, had been infected with COVID-19 in April, when he was hospitalized after suffering from sore throat, fever, and headache. After two weeks he tested negative and was discharged, but after returning from a trip to Spain earlier this month he tested positive following a saliva test during airport screening. Scientists at the institution’s department of microbiology said that genetic sequencing of the virus showed that the patient had been infected twice by two different strands of the virus months apart. Despite the concern with the findings shown by several scientists, the World Health Organization said it was important “not to jump to conclusions” based on the case of one patient.

Bolsonaro says he wants to punch journalist in the face

Brazilian president Jair Bolsonaro told a journalist he wanted to punch a reporter in the face during a stroll he was taking in front of the Cathedral of Brasília on Sunday afternoon. The utterance was said after a reporter from O Globo asked the president about the recent bank transfers made to his wife, Michelle, by a former aide to Bolsonaro’s son, Rio congressman Flávio Bolsonaro, Fabrício Queiroz, who is currently under arrest on graft charges. Recent reports published by Crusoé magazine and Folha de S. Paulo identified a series of deposits in checks to the first lady’s account between 2011 and 2018, which may total up to R$ 89 thousand. The threat was extremely ill-received by several members of society, including politicians, celebrities, and fellow journalists, who took to Twitter to address the same question to Bolsonaro’s official account.

Alexei Navalny, considered the most outspoken critic of Russian president Vladimir Putin, is “fairly likely” to have been poisoned, according to Steffen Seibert, spokesman for the Chancellor of Germany, Angela Merkel. The opposition politician was transferred to a hospital in Berlin on Saturday, after feeling sick during a flight and being taken to a hospital in Siberia. The Russian doctors who examined him had ruled out poisoning, and denied allegations that a toxic substance had been placed in a cup of tea he drank at the airport in Tomsk before boarding a plane to Moscow. “The clinical findings indicate poisoning by a substance from the group of active substances called cholinesterase inhibitors,” said the Charité hospital in Berlin in a statement issued today. Merkel called on Russia to investigate the issue, saying those responsible “must be identified and held accountable”.

In a tightly contested match played before an empty stadium in Lisbon, current French soccer champions Paris Saint-Germain lost 1-0 to German giants Bayern Munich, which won the title for the sixth time. PSG’s two main hopes, Brazilian superstar Neymar and French national Kylian Mbappé, had a disappointing night, failing to produce some of the magic plays they had shown throughout the season, while Bayern goalkeeper Manual Neuer had an impeccable evening, and was chosen as man of the match after the final whistle. The defeat was a serious blow to Neymar’s dream of finally being awarded FIFA’s Golden Ball award, which crowns the best player of the season.

Thousands of protesters ignored the threat of the use of force by the local army and took once again to the streets of Minsk, capital of Belarus, to demand the resignation of president Alexander Lukashenko, who has been governing the country for the past 26 years. Yesterday, Lukashenko called the opposition “rats” and was shown on state TV stepping down from a helicopter which had taken him to his official residence while donning a bulletproof vest and holding a Kalashnikov rifle. Two weeks ago, the controversial leader, known as “Europe’s last dictator”, was reelected for his sixth term in office with 80 percent of the votes; his main rival, Sviatlana Tikhanovskaia, did not recognize her defeat and sought exile in Lithuania.