Fale a língua do mundo. Faça Wise Up.
Wed 28 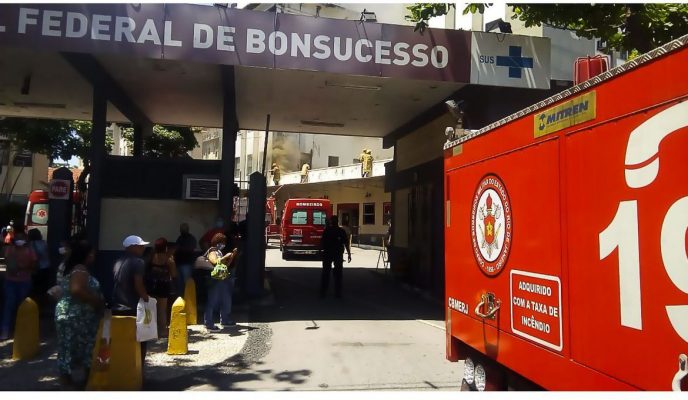 A fire at a federal hospital in the Rio de Janeiro neighborhood of Bonsucesso has killed at least three people, including two people who had been hospitalized due to COVID-19. One of the leaders in the Brazilian Congress of president Jair Bolsonaro has proposed the issuing of a new Constitution, and proposed a popular referendum to decide on the matter. The United States Senate has confirmed the approval of a new member for the country’s Supreme Court, conservative judge Amy Coney Barrett. A ship carrying illegal migrants from France to the United Kingdom has sunk in the English Channel, killing at least four people. Finally, Portugal has registered its second highest number of daily novel coronavirus infections since the beginning of the pandemic.

At least three patients had their deaths confirmed after a fire which struck the Bonsucesso Federal Hospital, in Rio de Janeiro’s northern zone, on Tuesday morning. The first fatal victim was a 42-year-old woman, who was already in serious condition due to COVID-19 and died as she was being evacuated from the building. The second victim, an 83-year-old woman, had also been hospitalized to treat the novel coronavirus infection. The fire began precisely in the building where the nurseries and the intensive care units are located, and, according to local firefighters, patients were taken to other buildings within the hospital complex and nearby health facilities. Local authorities are suspecting the fire began in an underground storeroom where there was a stockpile of diapers.

One day after publicly stating that the country’s constitution makes Brazil “ungovernable”, president Jair Bolsonaro’s leader in the Lower House of Congress, Paraná congressman Ricardo Barros, said he would send “at once” a legislative bill for the holding of a nation-wide plebiscite  regarding the drafting of a new Constitution. The member of parliament claims he already has a new text written, which would only need minor adjustments in the dates proposed for the referendum. According to him, his initial idea was to vote on the matter during this year’s municipal elections, but after losing support from party leaders he eventually managed to resume backing for the project. President Bolsonaro, however, tried to distance himself from the issue, and one of his spokesmen said the proposal had had “zero repercussion”.

During a voting held this Sunday, a majority of Republican Senators voted in support of the confirmation of judge Amy Coney Barrett for a position at the United States Supreme Court, less than one week before the country’s presidential elections. Barrett’s confirmation, which eventually totaled 51 votes against 48, had already been expected, since most Republicans chose to support the choice made by president Donald Trump, who is running for reelection in this year’s presidential race. Barrett’s strong right-wing opinions are being seen as likely to establish a conservative majority in the country’s supreme legal court, and may affect decisions made previously on controversial issues such as abortion, homosexual unions, and public health care.

On Tuesday, a ship carrying migrants from France trying to cross the English Channel in order to reach the British Isles sunk. According to French authorities, at least four people died, including two children, a five and an eight-year-old. The other two casualties have been confirmed as two adults, a woman and a man. At the moment, 15 people have been rescued, but search operations are still ongoing. United Kingdom prime minister Boris Johnson expressed his solidarity towards the families of those “who tragically lost their lives today in the English Channel,” adding that his government “offered the French authorities every support as they investigate this terrible incident, and will do all we can to crack down on the ruthless criminal gangs who prey on vulnerable people by facilitating these dangerous journeys.”

This Tuesday, Portugal registered 3,299 more COVID-19 cases, according to a bulletin issued by the country’s Directorate-General of Health. This is the country’s second-worst daily figure since the beginning of the novel coronavirus pandemic. The highest number of infections was registered on Saturday – 3,669 new cases. 29 deaths have been registered due to the disease during the last 24 hours. The Portuguese government is fearing that the country’s total record of intensive care unit beds could be reached by this weekend. So far, the Western European nation has registered 124,432 cases of people who contracted the disease, and 2,371 were killed due to it.