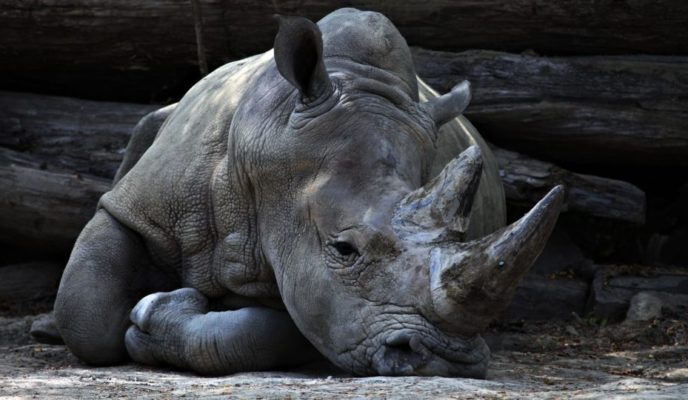 In early February, Hong Kong authorities showed to the international press a seized cargo of nine tons of pangolin scales, extracted from an estimated 14 thousand animals, hunted and killed. The pangolin, a mammal who only lives in Asia and Africa, eats ants and termites and is threatened with extinction: not only his meat is appreciated in the cuisine of China and Vietnam, its scales are valued for the use it has on Chinese traditional medicine.

According to the Convention on International Trade in Endangered Species of Wild Fauna and Flora (CITES), the pangolin is the world’s most trafficked animal. Still, according to CITES, the four species of pangolin, previously widespread in Asia, suffered a population decrease from 80 to 99 percent in the last five decades, a movement which increased in the recent years, coinciding with the Chinese economic boom.

Virtually extinct in Asia, the animal is now hunted in Asia. In 2018, Hong Kong authorities seized a total of 17 tons of pangolin scales, twice the amount seized in the previous year. These scales are sold in the Chinese traditional medicine market at US$ 750 (around R$ 3 thousand) per kilo.

More known than the pangolin, the rhinoceros is also threatened with extinction, mostly due to the alleged medicinal properties of its horn, which Asian healers recommend as an antipyretic and a medication for sexual impotence – the pangolin scale is also considered an aphrodisiac.

The issue of sexual potency often crosses the line between medicine and gastronomy in the Chinese traditional medicine: for more than a decade, the restaurant Guo Li Zhuang, in Beijing, serves dishes based on penises and testicles of several animal species, for men in search of virile rejuvenation.

As well as these traditional uses – which have no base on scientific evidence – the rhino is also suffering due to recent beliefs. Last decade, rumors that a Vietnamese politician had been healed from his cancer thanks to rhino horns caused a boom in the demand, and now the market for that part of the animal mobilizes international gangs, mercenary troops and corruption schemes all over Asia and Africa, as pointed out by Julian Rademeyer’s book “Killing for Profit”.

UK organization Save the Rhino points out that the use of rhino horns in Chinese traditional medicine, added to the recent valorization of the animal part as a status symbol and a store of value – speculators have been accumulating horn hoping for a future price hike – plays an important part in the accelerated extinction process of the animal.

In 2018, the last male of the Northern White Rhino, native of Africa, had to be sacrificed. The last rhino in Vietnam was found dead in 2011. The animal had been shot in the leg, and its horn had been removed.

Although its consumption in the Chinese traditional medicine is still pointed out as the main cause of the primary demand for the horns, a 2016 article published in the Biological Conservation journal points out that the rhino horn traffic motivated by the arts and antiquities market is probably underestimated.

The fungus Cordyceps sinensis, which infects the body of certain Tibetan caterpillars, is another natural product extremely valued by Asian traditional medicine. In 2018, a gram of Cordyceps is worth much more than its equivalent in gold.

As other traditional products, the fungus is described as a true panacea (with alleged benefits, which haven’t been adequately proven scientifically, for the kidneys, liver, immunological system) and, of course, aphrodisiac (the European media often refers to it as the “Himalaya Viagra”).

Collecting the Cordyceps requires the excavation of the soil for the removal of the caterpillars which feed them, and the process has been intensified in such an intensity that biomes of the Himalaya region, such as the Jigme Dorji National Park, in Bhutan, are threatened by predatory extraction. A report published by a Bhutanese organization in 2012 pointed out that “Cordyceps extraction in some of the Himalaya’s untouched environments has brought negative changes in the ecosystem.”

The predatory exploitation and new prospectors attracted by the increase in the demand are also threatening the subsistence of populations who have the collection of the fungus as its historical source of income.

In 2003, a study published in the Complementary Therapies in Medicine journal had already warned that “many animals have been hunted to satisfy the growing demands in the Chinese traditional medicine trade (…) Intense illegal hunting, boosted by the Eastern medicine business, is one of the four factors which threaten the survival of healthy tiger populations in nature.” As well as tigers and rhinos, the article also mentions sharks and seahorses.

The alert against the environmental danger of certain Asian medical traditions reached a large audience in 2005, after the publication of Richard Ellis’ book “Tiger Bone & Rhino Horn”. Critics of Ellis’ work have pointed out that “true” Chinese traditional medicine – as sanctioned and codified by the country’s authorities – uses very few animal products, and is mainly based on herbs. Those who sell treatments based on animal parts are, therefore, not legitimate practitioners, but charlatans with no real attachment to the “good” Chinese traditional medicine.

In fact, a document on the plans to promote Chinese traditional medicine published by the Chinese State Council in 2016 mentioned medications based on herbs and plants several times, but no materials with an animal origin. The export of Chinese medicine products in 2015 is estimated at over US$ 3 billion, but only vegetable sources and mentioned explicitly.

From the point of view of the public’s demand and the threat to different species, however, the distinction may be purely academic. In 2017, a reporter from The Economist visited a vibrant market of medicinal products in the Chinese countryside where there were “dried frogs, geckos, and deer penises. (…) And there were boxes of the Tibetan caterpillar fungus, the ‘Himalaya Viagra’.”