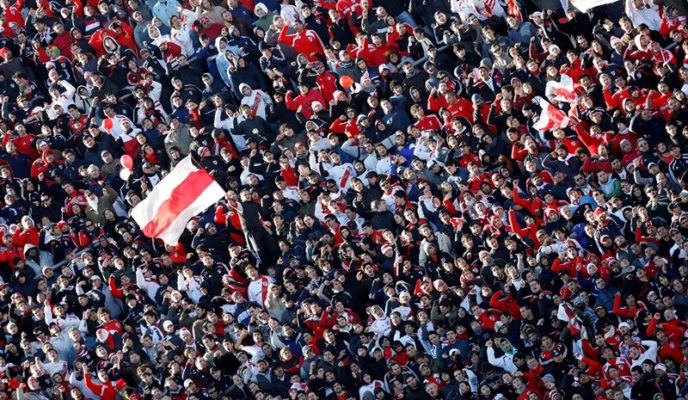 Transferring the Libertadores Cup final from Argentina to Spain represented, just for a change, the triumph of soccer moguls combined to the failure of the ordinary supporter

Transferring the Libertadores Cup final from Argentina to Spain represented, just for a change, the triumph of soccer moguls combined to the failure of the ordinary supporter. Due to the incidents before the duel at the Monumental de Nuñez, the decision between River and Boca will be held at the Santiago Bernabéu, at Madrid.

On account of a group of violent supporters and the generalized incompetence of the public power, over 60 thousand millionarios supporters were excluded from the most important game in the history of the club – naturally, taking into consideration only the stadium’s capacity.

Without throwing any stones, breaking up any barriers, provoking any incidents, or displaying any inadequate behavior. And now, whoever wants to watch the match must buy a ticket for a day trip to Real Madrid’s home field next weekend.

During River’s victory over Gimnasia, on Sunday (2), by 3 to 1, for the Argentinian Superliga, the local team’s supporters made clear their opposition by screaming against Los Borrachos del Tablón, the club’s organized fan group which is being accused of taking a direct part in the confusion which stained the Superclásico.

Marcelo Gallardo, the team’s coach, also complained. “They robbed River’s supporters. Now it happened to us, but tomorrow it might happen to others. We were supposed to play at the Monumental, in the same conditions as Boca. They robbed our supporters of a unique opportunity.”

And, despite the mastodontic embarrassment before the world, those who think Conmebol lost with this incident are very much mistaken. On the contrary, they managed to take the Libertadores Cup final, which had already been scheduled for a neutral venue in 2019, to Europe – certainly with an eye on potential commercial partners.

That normal, nothing new to see here. The average supporter ends up paying for the terrible behavior of such factions, usually intimately associated with the clubs’ directors and the clamorous ineptitude of the security forces. Everyone knows how it works, and no one is able to stop it.

And, judging by the decision taken, it is clear that no local soccer derby can be held in Buenos Aires, due to the risk of an incident. Yes, this transference is the greatest demonstration of incompetence in the history of world football. Signed with gusto by Conmebol.