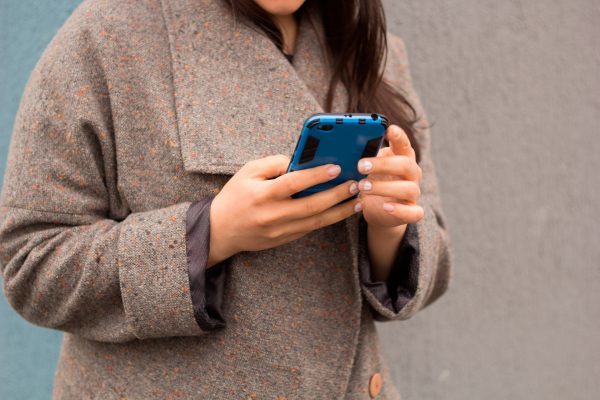 Practice benefits patients who do not have access to face-to-face services. On the other hand, it may harm the establishment of a therapeutic bond

The possibility of an online psychological treatment is already a reality in Brazil. Video calls, exchanging audio or text messages, are some of the new forms of having therapy. The practice may be a solution for those who are seeking treatment, but – whether due to shame, lack of professionals on the patient’s city, or mobility issues – kept delaying their decision. For the treatment to bring similar results to the ones obtained in face-to-face meetings, some cares must be taken, both by the professional as by the patient.

It is worth pointing out that internet psychological treatment has been generating a debate and divided the opinions of professionals of the area. For some of them, the practice enables helping people who have no access to face-to-face service, and also benefits patients with some form of limitation or social phobia. On the other hand, there are those who claim that the psychotherapeutic bond could be harmed on remote sessions, and that many elements get lost when the contact is exclusively electronic.

When is it recommended?

Ludiana Cardozo Rodrigues, president of the Orientation and Inspection Commission of Paraná’s Regional Psychology Council, explains that the possibility of providing remote support has been proven especially to be important in some cases; the first one of such cases is that of people who are undergoing treatment and eventually need to move out of their cities. With the aid of an online session, the patient would not need to change psychologist in order to continue the work he or she had been doing. Another situation where online sessions would be helpful involves people who have some form of social phobia, and do not feel safe going out of their homes to seek help. In both examples, the patient would otherwise be completely unable to obtaining help from that specific professional.

“Online psychological support may help people who have no access to face-to-face services – a reality in Brazil,” points out Paulo Annunziata Lopes, a professor at the Pontifical Catholic University of São Paulo (PUC-SP). For decades ago he has been seeing patients through electronic channels at Janus – Laboratory for the Study of Psychology and Communication and Information Technologies, and at the Psychological Clinic Ana Maria Poppovic (both part of PUC-SP Psychology course), following the guidelines established by the Federal Psychology Council.

With his amount of experience, the researcher has already faced several cases in which, for instance, the patient lives in a small town where there are no psychologists – or only one or two to serve the entire population. “Even if there is one psychologist, since it is a very small town, everyone finds out who is going to the clinic, people talk. That affects the patient’s privacy,” he says. “It has been very gratifying to be able to help people who would otherwise have no access to psychological treatment.”

The institution’s electronic support channel came about spontaneously, when, during the 1990s, an email address was made available so that people could ask questions about the work of the school clinic. Since then, the research group watched from the front-row seat the technological changes which affected directly the life of the population. The debate, according to the professor, changed in nature. “There’s no way of not integrating the use of technologies with psychology. Technology is completely inserted in our lives. The debate used to be whether we would do it; now it is how we will do it,” he states.

The other side: efficiency and therapeutic bond

In Brazil, there are still few studies on the possibilities and limitations of online psychological support. There are professionals who claim that the psychotherapeutic bond could be harmed in remote sessions, when there is no commitment of going to a specific place, and that many elements get lost when the contact is exclusively electronic. When it comes to text messages or emails, gestures, expressions and tones of voice are lost. Audio messages and videoconferences enable more nuances, but they are still not equivalent to a face-to-face session.

“There are critics who claim that virtual sessions can’t provide some things that face-to-face sessions do, which is true. But, on the other hand, virtual sessions open up possibilities for people who have limitations (are traveling, ill, or cannot go to the doctor’s office),” says CFP counselor Rosane Granzotto.

Lopes, who watched the birth of internet psychotherapy on a national scale, stresses that these limitations do indeed exist, and that this mode of support is not available for any situation. “[In the case of emails] we had the experience of taking a text written by a patient and asking other therapists to read it, and occasionally, the text seemed completely different to each one,” he remembers. “Nowadays, the support is done mostly through videoconference, so we have more elements to work with: the patient sees us, and we see them. Although it’s not comparable to being face-to-face with a person, it’s already a huge advancement compared to an asynchronous (non-simultaneous) session done by text only.”

Along with a revision of the scientific literature on the subject, Maria Adélia Pieta, in her doctoral thesis in Psychology for the Federal University of Rio Grande do Sul (UFRGS), did a comparative study between the psychoanalytic treatment through Skype and the traditional face-to-face therapy. In it, two groups of twelve people had psychotherapy for three months, during which one of the groups was only seen through videoconference, and the other on-site. Through questionnaires applied periodically, the progress of the treatment and the relationship between patient and psychologist were evaluated.

“In the end, we compared the results, and they were very similar,” tells Maria Adélia. The statement can be used both for the impressions patients had of the treatment and the professionals’ perception. “This is relevant, because it shows that patients can benefit from psychotherapy through videoconference as much as they can through face-to-face treatments.”

Rosane points out that online support is simply an option, and that it is not mandatory for professionals. If the psychologist believes his technique cannot be adapted, he doesn’t need to offer such services. “This is merely another way of providing a service, which will not replace the others. It is a form of communicating, one that doesn’t have the power of physical presence, but one that is real, nonetheless,” she concludes.

Cares for patients and professionals

The transposition from an on-site environment to the online one is not that simple. “The therapeutic setting – the environment where the treatment happens – is totally different. Is not totally ‘controlled’ by the psychologist, like it is in his or her office,” says Lopes. In the therapist’s office, it is up to the professional to ensure that that is a private space, protected from interferences, that the sound won’t leak to adjacent spaces, and other particularities. In an online setting, that configuration is split between the psychotherapist’s room and the room chosen by the patient.

Therefore, professionals must provide orientations to ensure that the treatment is set in a safe space – which may include even an adaptation session, where technical instructions are given to the patient in order to learn how to use tools such as Skype, or an antivirus. The secrecy of the information exchanged during sessions must also be ensured.

The Federal Psychology Council’s orientation is that all these details – what tool will be used, the time and nature of sessions, their duration, where information will be stored, answer time, fees, specifications on adequate environments – should be listed in a service provision contract, added to supplementary explanations, if needed.

“The support must be coherent to the professional ethics,” points out Rosana. “The professional has to ensure secrecy, and be responsible for evaluating the demands, checking if the way in which he is offering his support is sufficient and adequate to the patient’s needs.”

On the patient’s side, privacy must be looked after – locking accounts and devices with passwords, and always using headphones, for instance – as well as having an adequate space, a good internet connection (especially for videoconferences) and having time available to dedicate to the sessions.

Psychological therapy through the internet has been regulated by resolution 11/2018 of the Federal Psychology Council (CFP), approved on November 11. The rule provided a 180-day period for the adaptation of professionals and regional councils to the new rules. The measure revoked resolution 11/2012, which imposed certain limits to the practice – a maximum of 20 psychologic orientation sessions through electronic media, and the demand that professionals had their own websites, registered along with the CFP and assessed by the council’s regional units.

The new legislation (based on experiences developed in countries like the United States, Canada, and Australia, and in the legal grounding offered by the 2014 Internet Civil Landmark) authorizes full online therapy. It is up to the professional to choose which tool he believes will be more adequate to his technique and to each case: video calls, exchanging audio or text messages, or any other form of communication which may appear in the future. To be able to provide therapy using digital tools, psychologists must register themselves on the E-Psi portal, created by the Federal Psychology Council, on the internet address e-psi.cfp.org.br.

Besides providing psychological sessions or support, the resolution also allows psychologists to act virtually in their personnel selection processes. This modality of psychotherapy is only barred in cases of emergency, disasters, and in cases of individuals or groups in situations where their rights are being violated or where there is a threat of violence. In the case of children and teenagers, the consent of at least one legal guardian is needed.

The debate surrounding the use of communication and information technologies in Psychology comes from the early 1990s – when it was done through telephone or email, for instance. According to Ludiana Cardozo Rodrigues, that discussion surfaced again recently due to the bigger number of technological possibilities available, and because it became clear that the rules set up by the 2012 resolution were no longer being enforced.

In this sense, the new ruling is answering a demand – from professionals who would like to provide this kind of support – and eliminates the need for the creation of a website exclusively dedicated to online therapy, since the platform will be chosen by professionals themselves, thereby increasing their autonomy.

“We never thought, in any way, of putting an end to face-to-face, on-site psychotherapy. That is not the intention,” points out Ludiana. “We see it as a possibility to provide care for these people.”